A Crypto-Heavy NBA Season Comes To An End

As the Golden State Warriors and their...
Read more

Novak Djokovic To Miss US Open Due To Covid Rules

World No.3 Novak Djokovic is set to...
Read more

The Secretariat for Environmental Protection has announced that the process of placing under protection two new areas in Belgrade,...
Read more

Ambassador of Japan H.E. Katsumata attended the ceremony organized by the company Toyo Tires Serbia on the occasion of...
Read more

Swiss Army helicopters have been deployed to deliver water to thousands of thirsty farm animals during the hot summer. A...
Read more
8 December 2020
Facebook
Twitter
Email

The FIFA World Cup Qatar 2022™ feels closer for Europe today. After the UEFA preliminary draw took place as a virtual event in Zurich, all 55 teams learned their groups on the road to Qatar 2022.

Reigning World Cup champions France will face Ukraine, Finland, Bosnia and Herzegovina and Kazakhstan in Group D, while some other standout matches include Italy and neighbours Switzerland, England and Poland, Netherlands and Turkey, and Iceland and Germany. 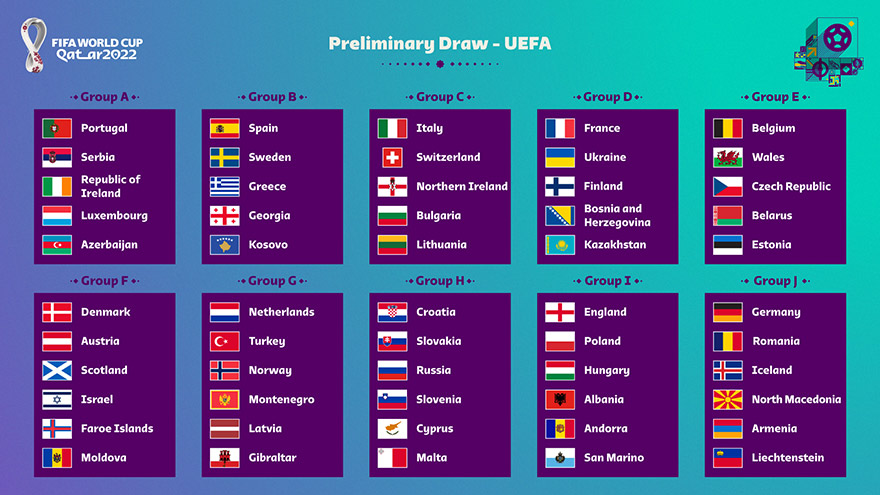 All teams within a group will play each other twice in a home-and-away format between March 2020 and November 2021. The ten group winners will qualify directly for Qatar 2022, with the ten runners-up advancing to the play-offs.

Besides the ten runners-up from the group stage, the play-offs will also include the two best group winners from the UEFA Nations League 2020/21 overall ranking that did not qualify directly for Qatar 2022 and did not enter the play-offs as runners-up. The 12 teams will be split into three play-off paths, which will feature single-leg knockout matches in March 2022 to determine the last three European representatives in Qatar.

The Secretariat for Environmental Protection has announced that the process of placing under protection two new areas in Belgrade, the landscape of exceptional features...
Read more