What Compels German Companies To Reinvest In Serbia And The Region? 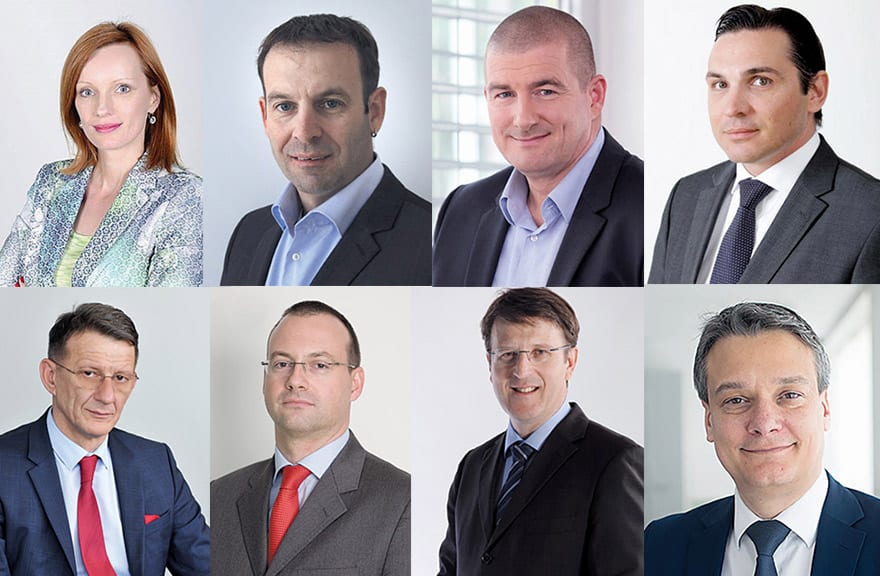 There are all sorts of barriers preventing foreign investors from enjoying economies of scale while investing in the Western Balkans, though the region does still deliver a solid return on investment. A good-quality workforce, coupled with national and local efforts in Serbia to improve the business climate, result in German companies being eager to expand and reinvest

There is simple wisdom that any country in the Western Balkans may draw from: borders of any kind, be they physical or administrative, make life much more expensive and complicated. While the Berlin Initiative has in all ways proved inspirational for rethinking a rewired and reconnected region, not much has happened as yet. Being at least a little like Europe would be helpful if the region is to become more attractive for investments.

The good news is that there are some positive things too. Many German companies operating in Serbia say that the experience they have now ensures they don’t regret coming to this part of the world. Some of them are already reinvesting on a larger scale, adding more complex operations and tasks to their companies in Serbia.

The Serbian government’s decision to quickly introduce dual education may now help to overcome one challenge that is becoming increasingly evident: it is becoming more difficult to find a well-trained workforce in some regions of Serbia.

Working In The Balkans Is Still A Complex And Expensive Business

In the former Yugoslavia, there was no border anywhere between Jesenice in Slovenia and Gevgelija in Macedonia. However, travelling along this route today sees you pass through four countries, and borders and customs are an expensive business. Transports take much longer, goods and vehicles stand around uselessly, and the cost of goods increases.

And borders are only one problem. There is huge complexity caused by different legislation in every country, and complexity is not very attractive for investors.

That’s why we support the decisions taken last year in Trieste by the governments of the Western Balkan countries. The intention is to create a common economic zone in the Western Balkans. I envisage this as a kind of ‘light EU’, in which at least the biggest obstacles to the free exchange of goods and services would be eliminated. It is good that chambers of commerce are actively involved in this process. In this way, we can hope that decisions will be taken according to the needs of the regional business communities.

Excellent Relationship With The Local Government

It is very important that the state trusts the municipalities and gives them as many responsibilities as possible when it comes to local economic development.

At our location in Svilajnac, we have an excellent relationship with the local government and that is more than important. It is the only way to remove obstacles quickly and without much bureaucracy. The local government is directly interested in creating as many jobs as possible in the city. The further away the decision-makers are, the less familiar they are with local problems. It is therefore very important that the state trusts the municipalities and gives them as many responsibilities as possible when it comes to local economic development. Not everything has to be decided in Belgrade.

Investors Value The Cake More Than The Cherry

For investors, factors such as a convenient location, the availability of suitable employees, legal certainty and political stability are much more important than incentives.

Our company is present in all the capital cities of the Western Balkans. That’s why we have a pretty good overview of investments made in the region. To start with the last part of your question, incentives are often the cherry on top of the cake, but a serious investor should not be influenced too much by them. Incentives will soon be used up, but an unsuitable location will cause problems for decades. Much more important than incentives are factors such as a convenient location, the availability of suitable employees, legal certainty and political stability. However, the ranking of these factors in terms of importance varies from investor to investor.

Nowadays, when much more complex manufacturing processes are being relocated to Serbia, it is already becoming difficult to find the right people. Vocational training may help, while we are planning something bigger in this respect in Kragujevac.

It was still easy to find employees just a few years ago. Many investors who came to Serbia at that time were looking mainly for unskilled workers who would just be able to assemble some parts. This has changed. Nowadays more complex manufacturing processes are being relocated to Serbia. Therefore, more and more trained specialists are needed, and in some regions of Serbia, we simply can’t find them. In some areas, it is already becoming difficult to find the right people. We are very pleased that there is now a law introducing dual vocational education. German and Austrian institutions, not least our chamber, have contributed to this law as advisors. Siemens was already involved in the pilot phase. We believe in dual vocational training because we know it very well from Germany, where it forms the basis of the economic success of German industry and the prosperity of the population. However, vocational training always takes time. Until there is a larger number of dual-trained specialists in Serbia, we will help ourselves with measures of in-company training. We are additionally planning something bigger in this respect again in Kragujevac.

We All Suffer Equally So Competition Remains Unaffected

Outdated railway infrastructure, long waiting times for trucks at borders, a lack of transport permits for Austria and, last but not least, the migration of truck drivers to countries where they can earn more, are all impacting negatively on trade within the region.

Goods that have to be transported never remain at their place of origin. They always find their way to the customer. But if this way turns out to be problematic, that transport will become more expensive. For example, freight rates will rise if wages increase as a result of the emigration of drivers. However, all countries in the region suffer equally from this problem, so that competition will remain unaffected. The situation is different for Austrian transport permits. Companies in non-EU countries like Serbia suffer most from a lack of them because they depend on these permits.

Good political relations with the countries of origin of potential investors are useful, but investments in a market economy are not made for political reasons – rather solely out of economic considerations.

When we talk about politics and investment, politics has two main tasks: it must create an attractive environment that can compete with other countries, and it must promote the location so that companies around the world become aware of the country. Good political relations with the countries of origin of potential investors are useful, but investments in a market economy are not made for political reasons, rather solely out of economic considerations. The role of our AHK is so important because its advisory activities are subject to the principle of the greatest possible objectivity. There are AHKs all over the world, and German investors rely on the AHKs when looking for information about the advantages and disadvantages of an investment location, wherever it may be.

A lot of German companies, including Continental, have more than one company in Serbia. The management certainly wouldn’t have done this if it weren’t satisfied with our factories in Serbia.

Only if an investor is satisfied with his investment will he invest again in the same country. In any case, our chamber’s annual survey on economic trends shows that almost all companies that have invested in Serbia would do so again if they had to make the decision today. And, indeed, many companies have already expanded their capacities in Serbia. One German investor is just building his fourth factory! A lot of German companies, including Continental, have more than one company in Serbia. The Continental group of companies has now also founded a development centre in Novi Sad, where hundreds of engineers will be employed, in addition to the existing productions of fluid systems in Subotica and conveyor belts in Veliki Crljani. The management certainly wouldn’t have done this if it weren’t satisfied with our factories in Serbia.

We Embraced The Opportunities Serbia Offers

We chose Serbia and Pančevo after a thorough assessment process. Outstanding infrastructure, sufficient space for potential subsequent expansion, close proximity to Belgrade and a skilled labour force were important factors shaping our decision.

What makes Serbia attractive to the German automotive industry? Since the start of our project, many have been asking why ZF selected Serbia as a location. This is a country where the automotive industry has so far only been minimally represented, and where suppliers have only recently been discovered. First, you have to understand that, for us, as one of the world’s leading automotive suppliers, it is critical to have a globally balanced production network. Every car contains parts from hundreds of different factories located all over the world. Some of the respective manufacturing processes are very demanding, others require simple manual work.

What the pandemic has shown us about the strengths and weaknesses of our healthcare system?

In Serbia, as has been the case in many countries, the outbreak of the pandemic exposed all the negative sides of the neglect of...
Read more

Has The Long-Anticipated Fight Against Organised Crime In Serbia Finally Begun?

Arrests On Camera Are Not Enough

There is no doubt that the Government of Serbia has started its showdown with organised crime, as was announced in its expose. However, it...
Read more

The public policy loans in support of green recovery as well as the support program for the modernization of...
Read more
Cord MagazineLeaders Meeting Point