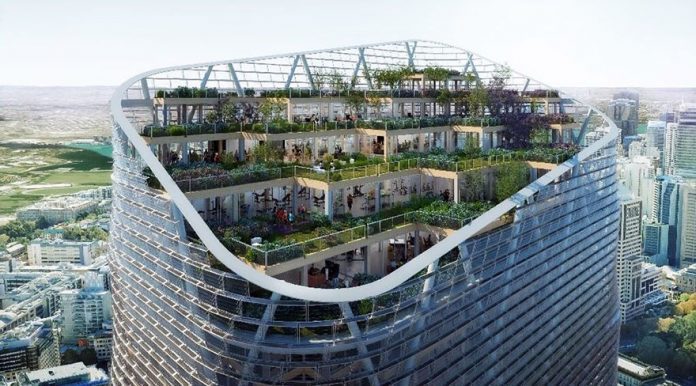 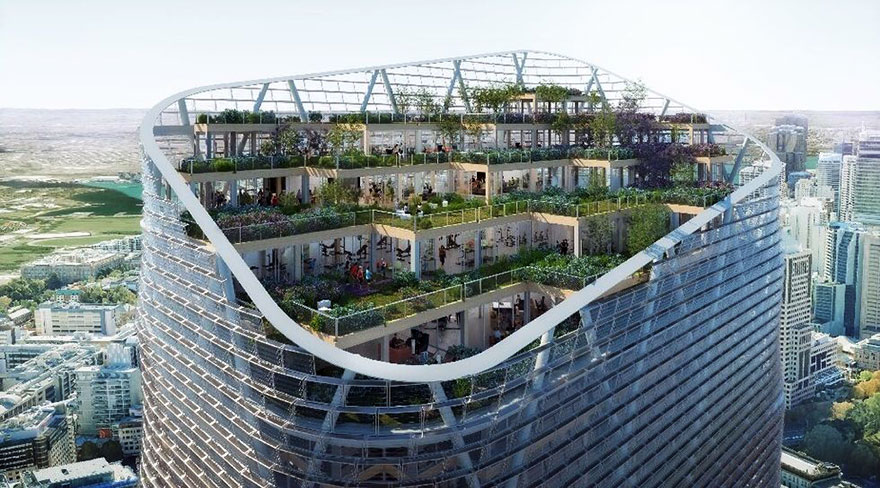 The Australian software company Atlassian is putting its new headquarters in state-of-the-art mass timber and steel skyscraper. While the 40-story building will be the world’s tallest “hybrid timber” tower, it’s just one of among several planned mass timber constructions across the globe.

Mass timber is made by fusing layers of wood, and the structures can act as carbon sinks within city ecosystems. The planned Atlassian design, a collaboration between New York’s SHoP and Australia’s BVN architecture firms, will have a steel and glass exterior and rise to 180 meters (590 feet), with several layers of rooftop and outdoor gardens at the apex.

“Cross-laminated timber is an incredibly green material, and it helps us avoid massive amounts of concrete and steel,” Atlassian workplace experience head Scott Hazard told the Sydney Morning Herald. These structures usually use a small amount of steel for core structural elements and then build out mass timber where possible, like the wooden dowels that help to hold up multi-tier cakes.

The headquarters will anchor a government-sponsored tech centre within Sydney, the Morning Herald explains. Atlassian’s building will hold 4,000 workers, which includes some room for growth over the company’s 3,600 employees in 2019. But cofounder Scott Farquhar told the Morning Herald the building is designed to host a number of workers from different businesses, whether they’re spread around on different floors or in more of a “coworking” concept. The overall tech section hopes to include 25,000 workers eventually.

The announced plans fit into what seems like a growth cycle for a company that was already doing well this year. Atlassian is responsible for project management software Trello and Jira as well as version control software Bitbucket. In March, it partnered with the Australian government to make an app to widely distribute COVID-19 information to the public. In May, Atlassian acquired a Slack-powered help desk company called Halp.

For now, these building plans are just an announcement and an artist’s rendering. In the near future, Atlassian will have to release more details about the structure and how it plans to develop it. The company also hasn’t released how much it believes the building will cost.

It’s official: Australia is the best place on the planet to play golf. The host nation of the 2019 Presidents Cup and 2018 World Cup...
Read more

The Holden car brand will disappear at the end of the year after its owner General Motors announced it will no longer make right-hand...
Read more

Embassy of Australia in Serbia hosted an event to share Australia's experience inventing and distributing the HPV vaccine and to increase awareness on this...
Read more

Embassy of Australia in Serbia hosted an event to share Australia's experience inventing and distributing the HPV vaccine and to increase awareness on this...
Read more
Cord MagazineLeaders Meeting Point