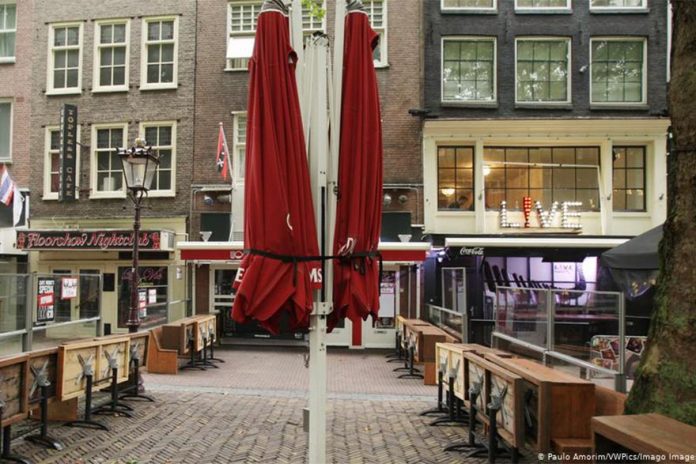 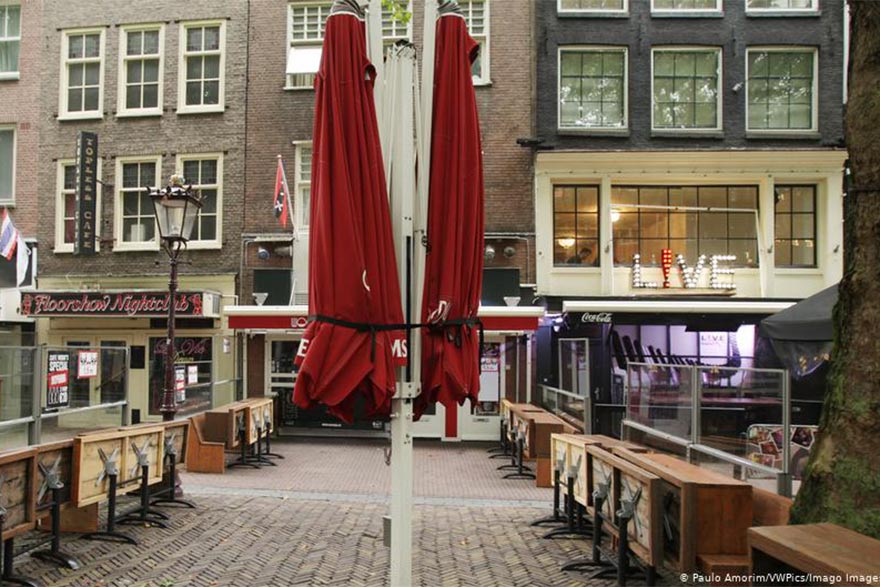 The Netherlands is going into a partial lockdown for at least four weeks. Meanwhile, Italy has imposed new restrictions on public gatherings, restaurants, sports and school activities. Here is the latest from DW.

The number of confirmed coronavirus cases in Germany increased by 5,132 Wednesday, bringing the total number of infections to 334,585, according to the Robert Koch Institute for infectious diseases. The reported death toll rose by 40 to 9,677.

That marks an increase of over 1,000 new cases and more than double the number of deaths compared with the day prior.

In response to the surge in new infections, Chancellor Angela Merkel is meeting with the premiers of all 16 states to discuss new rules to contain the virus.

On Tuesday, Merkel described the rise in cases across Europe as “serious” and called on people to “be careful, to follow the rules, to keep their distance, to cover their mouths and noses and to do what they can to contain the virus while still maintaining economic activity.”

Spain’s northeastern Catalonia region will close its bars and restaurants for the next 15 days in an effort to slow down spread of the virus, interim regional leader Pere Aragones announced. The measures will come into force overnight Thursday to Friday.

Northern Ireland has introduced the UK’s strictest COVID-19 measures, shutting down schools for two weeks and pubs and restaurants for four-weeks, except for takeaway orders.

Under the measures, retail will remain open, but “close contact services” will be closed. People are expected to avoid all unnecessary travel and work from home. Universities will be asked to teach remotely to the maximum extent.

Wales has announced that people living in so-called coronavirus hot spots across the UK will be banned from entering the country as of Friday, 5 p.m. GMT (7 p.m. CET).

Under plans being prepared by the devolved Welsh government, those citizens living in parts of England, Scotland and Northern Ireland with high infection levels will be barred, First Minister Mark Drakeford said.

French President Emmanuel Macron is due to address the country via a television interview on Wednesday in response to the country’s worsening infections.

Local media have suggested Macron may announce a curfew for the capital. The Paris region has already shut down its bars.

Macron’s administration is hesitant about introducing another lockdown due to implications on its declining economy, having shrunk 19% by the end of June.

More than 500 COVID-19 patients are in intensive care as the country battles a second wave of the virus.

Over the weekend, France saw record levels of positive coronavirus tests, with nearly 27,000 new cases confirmed on Saturday. More than 32,000 have died from the virus in France since March.

The prime minister of the Netherlands, Mark Rutte, said that the country was returning to a “partial lockdown” on Wednesday.

Wearing of cloth masks has been made mandatory for people 13 years and older in indoor spaces, and indoor gatherings are restricted to 30 people. Schools and public transport will stay open.

Rutte said that emergency legislation could be passed to make face masks mandatory.

Health Minister Hugo de Jonge said that the partial lockdown was expected to last for at least four weeks, with a review of the impact after two weeks. De Jonge said tougher restrictions could follow if the lockdown is ineffective.

The strict measures come at a time when coronavirus cases have surged in the country. The Netherlands has one of the highest per capita infection rates worldwide.

Hospitals in the Czech Republic are converting general wards into specialized COVID-19 units while the country has also canceled non-urgent procedures to cope with a surge in patients. The number of those hospitalized with the virus is currently six times higher than the figure reported during the first wave of the virus back in the spring.

The country of 10.7 million has Europe’s highest number of new cases relative to population size.

Conte said that the measures were being taken to prevent a nationwide lockdown. The new restrictions follow a surge in coronavirus cases. On Saturday, Italy recorded 6,000 new infections.

The UK’s opposition leader, Keir Starmer, has called for a “circuit break” lockdown to slow down coronavirus infection rates.

Starmer said that the Boris Johnson-led government had “lost control” of the outbreak, after ignoring the advice of a scientific panel, which had called for tougher restrictions to curb infections.

Johnson has announced a three-tier system to categorize areas by rates of infection to curb the spread of the coronavirus.

The city of Liverpool, which is under the highest category, faces a closure of pubs and a ban on household mixing from Wednesday for at least a month.

EU member states reached an agreement on common criteria to coordinate coronavirus travel rules, to provide clarity and predictability on measures that restrict movement due to the pandemic.

The agreement requires EU countries to provide “clear and timely information about what they must do, and which restrictions are in force,” including any accompanying requirements such as COVID-19 negative tests or passenger locator forms.

Ministers from 27 EU member states also created a common color-coded mapping system based on common criteria from the European Centre for Disease Control (ECDC) to define risk areas in the bloc.

Poland’s prime minister, Mateusz Morawiecki, has tested negative for the coronavirus, after coming into contact with a positive patient last week.

The government’s spokesman, Piotr Müller, said that Morawiecki had no symptoms of the coronavirus and he would continue to stay in quarantine “until appropriate”.

“The first shipment will be made by the first half of 2021,” Foreign Minister Retno Marsudi confirmed.

The World Bank has approved $12 billion to finance the purchase and distribution of vaccines, tests and treatment for the coronavirus in developing countries.

In a statement, the World Bank said that the financing would support vaccination of up to a billion people and help developing nations prepare for “deploying vaccines at scale, in coordination with international partners.”

The financing plan is part of a $160 billion package that the development bank has pledged to provide to developing countries until June 2021 in their fight against the pandemic.

Facebook has announced that it will ban paid advertisements on its platform that discourage vaccinations. The company said that the only exceptions to this rule would be ads for government vaccination policies.

Facebook already had a policy in place that banned ads about vaccine hoaxes, but the new policy is a blanket ban on all paid ads that discourage vaccines or vaccination.

Drugmaker Eli Lilly and Co has paused the clinical trial of its antibody treatment for the coronavirus, because of a “safety concern.”

Eli Lilly’s antibody treatment is similar to the one of Regeneron Pharmaceuticals taken by US President Donald Trump after he was diagnosed with the virus.

Trump had touted Eli Lilly’s drug, along with the one from Regeneron, as “virtual cures” last week. Eli Lilly’s announcement follows a similar move by Johnson and Johnson on Monday. J&J temporarily halted the clinical trials of its COVID-19 vaccine candidate, after an “unexplained illness in a study participant.”