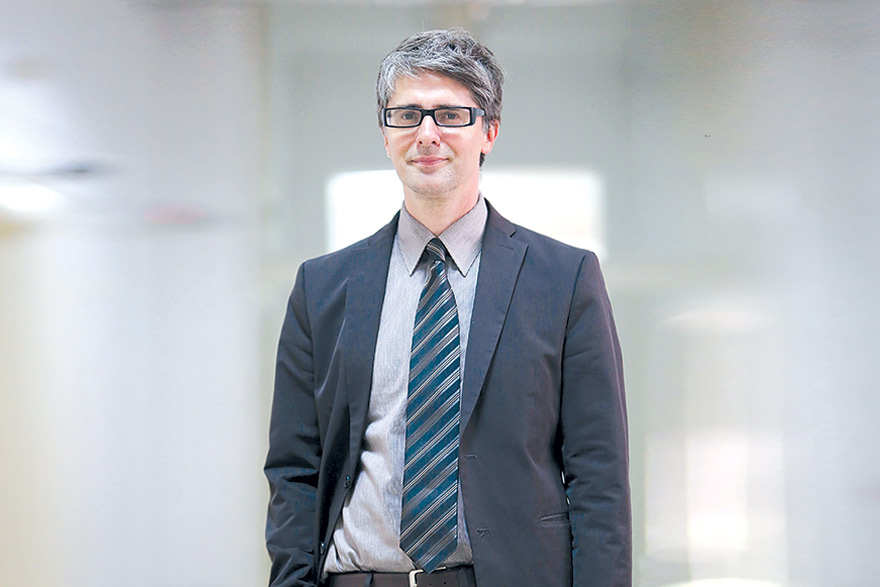 Vladimir Marić, Director of the Intellectual Property Office of Serbia

Dostoevsky once wrote that “it’s always interesting to talk with an intelligent man”. I was fortunate enough to build my professional career alongside top experts, without the support of whom I would not have gained the privilege of managing the Intellectual Property Office. And this year sees this Serbian institute celebrating the 100th anniversary of its work and existence

Born in Loznica, to a family of education workers, I didn’t express an interest in law until I was in my 20s, but I always loved the arts, particularly music and literature. I realise today that it was that love that determined my current profession. It was in the autumn of 1996, when I first came across the area of intellectual property at the Faculty of Law, that I saw in it a point that connected my future legal profession with the arts and sciences. It was many years later that I considered that most intellectual property experts I know also gravitate towards science and art. Then, like today, that world appeared enticing and interesting to me.

The history of the Office began with the Royal Decree of 15th November 1920, when – at the behest of Alexander I Karađorđević – our first Directorate for the Protection of Industrial Property was established. The Directorate was headquartered in Belgrade, and its first members were all themselves greats of Serbian scientific and cultural thought, including Milutin Milanković himself, as one of Serbia’s greatest ever scientists. For a full ninety-nine years, the Institute only suspended its work during one period of its history – the German occupation of World War II.

The oldest domestic trademark that is still valid, is Galenika’s “Jekoderm”, dates back to 1953

Some of these oldest trademarks, such as Henkel’s “Lik.o.san” from 1931, are still applied today. The oldest domestic trademark that is still valid, is Galenika’s “Jekoderm”, dates back to 1953.

The first regulations in this area were adopted by the Kingdom of Serbia in 1884. Those were the Law on Factory and Trade Marks and the Law on the Protection of Models and Patterns. The first comprehensive regulation that protected all industrial property rights – meaning not only trademarks but also patents and industrial design – dates back to 1922.

When it comes to our EU membership negotiations in the part related to Chapter 7 – Intellectual Property Law, the Office is responsible for leading that work. We opened that chapter in 2017, and over the course of the past year, we’ve done a lot to advance the protection of intellectual property, which I’m sure will be confirmed by the European Commission in its regular progress report, expected in June. I would stress that the adoption of new regulations should not be viewed only through the prism of fulfilling conditions for EU membership, although this is understandably important and represents our basic foreign policy orientation.

We should never feel sorry for efforts we’ve exerted in order to adopt new, modern regulations in this area because regulations must primarily serve justice and ensure a better life for people – and in this case, that means people who live from their intellectual work. It seems to me that this should be our basic orientation in this work.

This Office is today a modern and efficient state institution that has a staff of professional and dedicated people. We conduct all our procedures in electronic form, while our website has extremely valuable and rich databases of patents, trademarks, industrial designs and indications of geographical origin. We are witnessing the growth of the importance of the creative industries in Serbia, and with it, the importance of intellectual property, without which the creative industries would be mere fiction. Under such circumstances, the role of the Office in our society will become increasingly important in the years to come.

The Ecological Transition Is The New Mission For Europe

The Green Deal, which aims to achieve climate neutrality in the EU by 2050, could go a long way towards resolving geographical divisions and...
Read more

COVID-19 – The Greatest Learning Experience Of Our Lives

The Coronavirus is accelerating one of the biggest business transformations in decades. Yes, it’s a health crisis, but for most companies, it’s also an...
Read more

Talent Assessment In The Service Of Human Resources Optimization

Faced with the dynamic market situation caused by the health crisis, organizations need to review their investments in an adequate way and with optimal...
Read more

Is 5G Technology Bad For Our Health?

The fifth generation of telecommunications technologies, 5G, is fundamental to achieving a European gigabit society by 2025. The aim to cover all urban areas,...
Read more

Amancio Ortega, the founder of clothing retailer Zara, is the sixth-richest person in the world, according to Bloomberg. The 83-year-old Spaniard is worth an...
Read more

After the Pandemic The Office Dress Code Should Never Come Back

Most workplaces have at least some kind of dress code, and for many of those who greet customers and perform service jobs, a specific...
Read more

For several years now, Romanian painting has been touted as the new big thing. The contemporary art world is, of course, constantly awash with...
Read more

While Having To Stay At Home

Because of the coronavirus outbreak, we’re spending most of our time at home. However, not all of us are used to spending so much...
Read more

Gordan Matić, Director of the Film Centre of Serbia

We Listen to Filmmakers and Filmgoers

I was born and raised in Kragujevac. During my childhood we had three cinemas in the city. I think the first film I watched,...
Read more

Beacon Of Culture For All

I was born into an artistic family, where culture and its contents were not a supplementary activity, but rather the substance of everyday life...
Read more

Standing in front of more than 100 musicians of a wonderful orchestra like the Belgrade Philharmonic, conducting from memory without a score, looking around...
Read more

We Would Have Something To Show To The World

You never know where life will take you – I was good at mathematics, played chess, considered studying astrophysics and dealt with electrical engineering,...
Read more