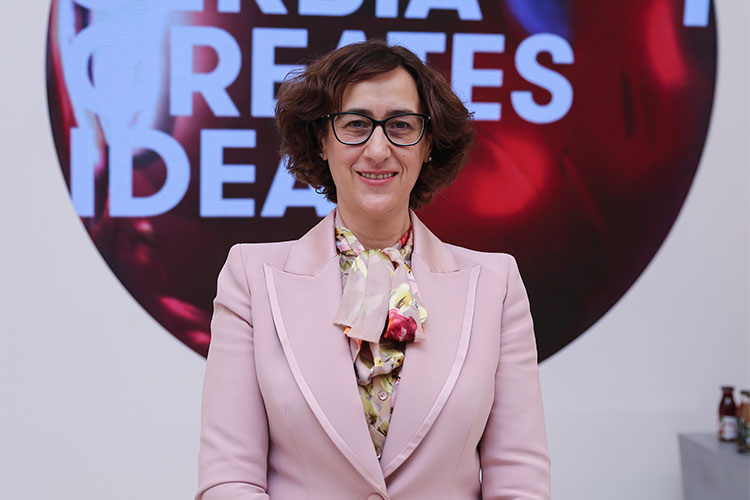 I recently succeeded, while managing the Prehistoric MetaHuman project, to realise one of my childhood dreams: to encounter a prehistoric man face to face. And I would say that the unconditional pursuit of personal dreams, regardless of how crazy or unreal they might be, is the key to my own creative evolution and my joy

You ask me what’s key to someone’s success, what inspires people to create, what drives them. These are all essential questions, so I’ll try not to write too much about what’s on the surface and, instead, attempt to describe the core of my inspiration. On the surface is my formal biography, which, as the poet would say, “was wonderful and there was plenty of it”. As a scientist and professor of physical anthropology at the Department of Archaeology of the University of Belgrade’s Faculty of Philosophy, I’m happy to be able to say that my project on prehistoric maternity – BIRTH, was the first project from Serbia to receive support from the European Research Council.

The projects that I’ve managed enabled the hiring of 25 young people, while I’ve also amassed lots of mentoring work and numerous scientific publications. I recently succeeded, while managing the Prehistoric MetaHuman project, to realise one of my childhood dreams: to encounter a prehistoric man face to face. And I would say that the unconditional pursuit of personal dreams, regardless of how crazy or unreal they might be, is the key to my own creative evolution and my joy. And when we are joyful, success arrives like some unimportant consequence of our jubilation. And it is precisely the importance of jubilation to our lives that, for me, provides one of the most important insights that we should not wait for inspiration.

I stopped by to You, voila. From a dream, the truth calls. And when at daybreak all realities are acquired, One verse comes to me To say: nothing seen really is. And a poem slows before dawn And look – all is white already. In your presence, Truth springs. With a verse I stopped by to see you.

That is to say that inspiration does not reside somewhere in the outside world and we shouldn’t wait for some muse of grace to touch us. The entire world is already within us, and while we answer the seemingly simple question of who we are, parts of the world open up within us like buds that we don’t see if we’re focused on the external world. I answer the question of who I am while in silence (to my most powerful teacher) I create poems and pictures. Art is the central pillar of my world and my knowledge of self, the healer of all doubt and strife, but through it I also reach new scientific and other ideas. That’s because, when you are creating, you cease to be an individual limited by your biography and gain the freedom in which all the blessings from “God’s Garden” become yours too. That’s the very reason that I essentially agree with Štulić when he sings “art makes you stronger than you assume”. Unfortunately, it took me many years to realise that, when creating, it isn’t important whether the picture is ultimately “nice” and the song “beautiful” (which prevented me from creating for a long time, because my distinct lack of talent meant that I always found the result of my creativity discouraging). I now know that it is the very process of creation that’s important, and inspiration flows the instant I dip my pen in ink. Or rather, I don’t wait for someone or something to inspire me, rather I start the process of creation and different universes thus begin opening up to me.

I’ve already stated that poems don’t have to be beautiful, rather that it’s important for us to create them, so here I gift your readers a poem that isn’t beautiful, but during its creation I defined some new projects that I hope you’ll soon be writing about in CorD.

For Putinophiles, but not necessarily for Vučić, the ideal is to repeat the scene from the NATO aggression of 1999, when SPS Secretary General...
Read more

Mirek Dusek, Member Of The Executive Committee; Head Of Europe, Eurasia And The Middle East At World Economic Forum

Life in a New Geopolitical Era

We live in very fast-paced and extremely interconnected world in which the effects of the war in Ukraine reverberate around the countries of the...
Read more

How will the Ukraine conflict impact on Serbia’s place in the international community?

Storm In The Backyard

Whenever and however the current conflict in Ukraine comes to an end, there’s no doubt that the Western Balkans and Serbia will be hit...
Read more

Aleksandar R. Miletić, Research Associate At The Institute For Recent History Of Serbia, Executive Director Of The Center For History Studies And Dialogue

The foreign policy turnaround of Vučić’s regime, like the one that occurred at the time of the signing of the Brussels agreements, could pay...
Read more

Aleksandar Popov, Director Of The Centre For Regionalism

If the war in Ukraine persists, the post-election period will most likely see Serbia have to choose between one of the two chairs that...
Read more

On The Brink Of A New Cold War

In a country where almost everything is dependent on one man, the choice of Serbia in the west or Serbia in the east also...
Read more

Awaiting The Assigning Of Destiny

How political changes will look following contrasting outcomes of the conflict in Ukraine within certain countries, especially Serbia, will depend primarily on political decisions...
Read more

Iva Petrović, Director Of The Nordic Business Alliance In Serbia

As I embark on my new journey at the Nordic Business Alliance, I’m grateful for all the opportunities I’ve had in my life and...
Read more

The future is uncertain and the past is still unfolding. I don’t know what’s been the most important element on the path of my...
Read more