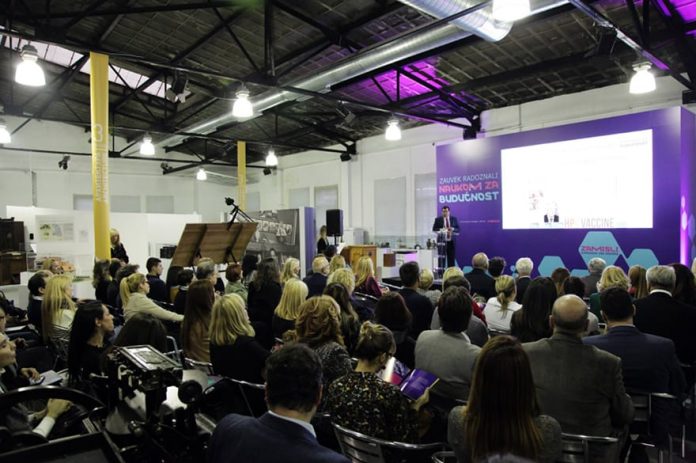 Science For the Future 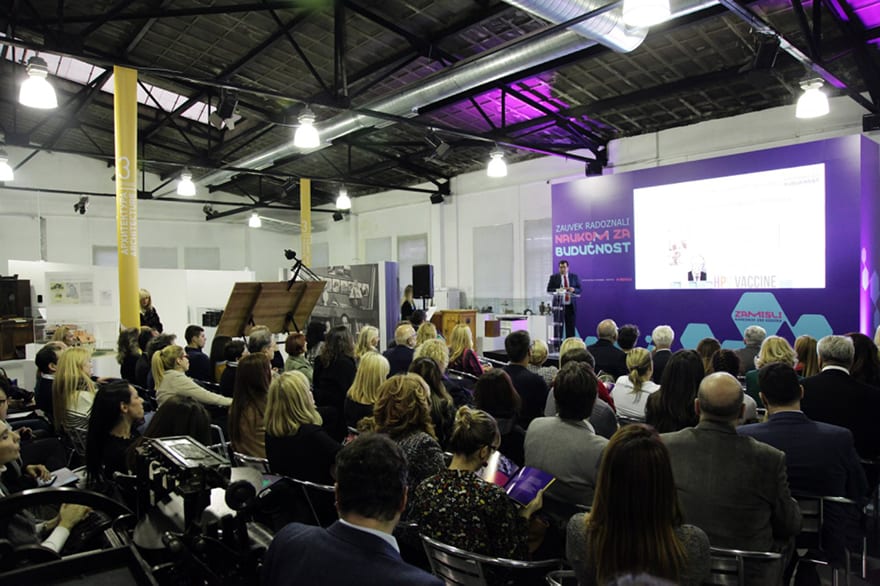 Importance and connection of the science and society and importance of science in everyday life, were some of the topics of the scientific conference Always curious – Science for the future, which gathered more than 15 prominent scientists in Serbia from the field of natural science, and more than 200 visitors from the medical, academic, public and corporate sectors as well, organized by the Center for the Promotion of Science, the Museum of Science and Technology and Merck company.

“We want to draw attention to the need for the new connection between science and society. We wanted to emphasize the role scientists play in expanding our understanding of the world and to inform the public about the scientific developments, as well. Our company, which is celebrating its 350th anniversary this year, is dedicated to science and facing a future filled with innovations. We want to participate and to support the work of six important institutions  for science development in Serbia.”

Merck, the leading company of the world in science and technology, announced at the event a donation for the science development to the Medical Faculties in Belgrade, Novi Sad, Nis and Kragujevac, Faculty of Pharmacy in Belgrade and the Center for the Promotion of Science, as well.

This year Merck celebrates 350 years since the foundation, on all continents with leading scientists of today. Some of Merck’s innovations are liquid crystals that are used for LCDs, OLED technology, modern therapy for diabetes, multiple sclerosis, thyroid gland disorder, sterility treatment and many others. Merc also participates in numerous scientific projects that are important for the future of the science, such as CRISPR technology, self-driving car, 3D technology and many more.

The conference, which was held at the Museum of Science and Technology, was accompanied by numerous interactive exhibitions, presentations of scientific innovations and institutions that help the development of science in Serbia. The first panel “Scientific milestones in medicine and views towards the future” was led by Academician Nebojša Lalić, prof. Dr Aleksandar Stefanović, prof. dr Jelena Drulović, prof. dr Goran Milašinović, dr Siniša Radulović and prof. Dr Saša Živić.

Science And New Technology For The Advancement Of Health

Viewed from an historical perspective, Merck has always worked to bridge the gap between the challenges of today and a better tomorrow. A constant...
Read more

Always In The Service Of Patients

Merck Sharp & Dohme will continue to serve patients and the health system in Serbia, and the key to realising success will be regular...
Read more

Globally Merck and the Jenner Institute developed a production platform that enables the mass production of a future vaccine. The joint team has reduced...
Read more

Innovative Medicines Will Save the World

Merck Sharp & Dohme is one of the top American biopharmaceutical company, a global leader in providing innovative solutions in medicines, vaccines and biologic...
Read more

Merck is Leading the Way

When the Human Genome Project was completed in 2003, the cost of generating one human genome sequence stood at some 54 million U.S. dollars....
Read more

We Are Bringing New Hope For Cancer Patients

Merck Sharpe & Dohme is an innovative global leader in the health sector that is dedicated to improving health and well-being of people around...
Read more

Helping The World Be Well

Our approach is aligned with our mission and values and focuses on four key priorities: access to medicines, environmental sustainability, employee health and well-being,...
Read more
Cord MagazineLeaders Meeting Point