As of this academic year, informatics and computer studies have been introduced as compulsory subjects from the fifth year of primary school in Serbia, while quotas for the enrolment of students at technical faculties have been raised by about 20%. Apart from increasing IT personnel, the focus is also on modernising learning methods in primary schools.

To what extent has our education been adapted to the modern digital trends with which the youngest are growing up?

– Education has begun to be adapted in various ways. We’ve taken great strides in a year, starting with the introduction of informatics as a compulsory subject with programming elements, and with a programme that is among the most serious in Europe. The eDiary project has been launched, all institutions have been included in the AMRES network, the procurement of new computers, tablets and smartboards are underway, while the goal is for as many schools as possible to be included in the WiFi network, which we are working on together with the Ministry of Telecommunications.

We are working on raising the informatics know-how of pupils in the final years of primary and secondary schools, in order for them to be ready in the years ahead to apply for IT courses in secondary schools and colleges. We are being assisted in all of this by many companies, such as Schneider Electric, Nordeus and others.

It is important that we know that IT equipment is certainly necessary, but it is not sufficient or the only condition for teaching to be up-to-date. The most important stakeholders in the process of modernising teaching and learning are certainly teachers. Through the implementation of training, the Ministry is working on empowering teachers to use available equipment in an adequate and pedagogically principled embedded way.

We also develop electronic services that will further improve the teaching process. In addition to the eDiary, teachers and pupils will also have available an open educational resources portal and an e-learning portal, as well as services that we will establish in cooperation with the Ministry of Culture (eMuseums and eProofreader).

In order to enable the accreditation of faculties to increase the quota for students enrolling in technical colleges, the government has permitted new recruitments of professors and assistants and has invested, together with faculties, in infrastructure (faculties of electrical engineering, organisational sciences and mathematics). How far has this process progressed? 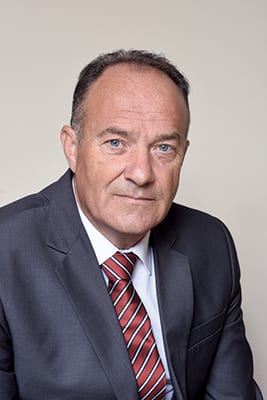 – In accordance with the implementation of the Government Action Plan to increase the enrolment quota for IT study programmes, the quota at the universities of the Republic of Serbia for the 2017/18 academic year has been increased by 707 places, 556 of which are budgeted. A government decision also created an additional 163 new jobs at eight colleges. We will try to double that quota next year.

In addition to this, work is being done on expanding capacities. Work is being carried out on the Science-Technology Park in Niš, while the completion of construction of the Science-Technology Park in Novi Sad is expected by the end of 2018, along with the doubling of the capacities of the Faculty of Organisational Sciences, while the Faculty of Electrical Engineering will either have its capacity expanded or new computer studies faculties will be built in Belgrade.

All primary schools have been networked within the Academic Network of Serbia (AMRES), computers and other equipment have been procured and the most modern teaching programme has been developed. Are all of these useful novelties that you’ve introduced being sufficiently utilised?

– They are absolutely used – we have no reason to doubt that the opposite is the case. Our goal is to continue along the same path, to intensify the digitisation process. In this context, we expect the realisation of new loans in the next year, and during 2019 the Republic of Korea, as one of the most technologically advanced countries, will be our mentor in the digitisation process, with additional scholarships for students and IT specialists.

We’ve taken great strides in a year, starting with the introduction of informatics as a compulsory subject with programming elements, and with a programme that is among the most serious in Europe

Through the E-education pilot project, around 200 schools nationwide started using the eDiary as of 1st September. When will this project be extended to encompass all other schools?

– Schools will be introduced to the electronic system gradually, as soon as they acquire the necessary technical conditions. In Croatia they have already been using the eDiary for five years and so far, with large financial investments, they have covered about 75 per cent of the system. We will work on bringing as many schools as possible into that system in the shortest possible time.

The Law on Higher Education has been adopted. What are the most significant changes this Law will bring?

– One of the most important novelties is linking higher education with the economy and employers, in multiple ways. First, Councils of employers are being introduced as bodies that are important for the adoption of all new programmes, introducing short cycles and work-based education, but also the category of industrial trainers, which will be of great importance, primarily in the IT sector.

A lot has been done for students themselves, primarily with the lower limit of points needed for entry into the budget being set at 48 ESB points. Moreover, accreditation will also be carried out by a body that also has an appeal commission, which will be fully professionalised and financially independent.

You recently signed an agreement on EU support for education totalling €27.4 million. What does this support encompass?

– The lion’s share of this money will be spent on teacher training. The logical progression was to first create a legislative framework, then we established the National Education Framework, then came first the reform of the fifth cycle of primary school and the first secondary school, the reform of high schools and completion of the concept of high school graduation. This money is coming at the right time because teacher training is required for all changes in education.

The funds will also be used to improve the quality of education in national minority languages, improve conditions for the participation of Roma pupils and students in pre-university education, as well as the establishment of a social partnership aimed at linking education and the labour market through the legislative and institutional framework of the National Qualifications Framework system.

Information technology is included in education in Norway from the very beginning. It is not so much learning about it as integrating it into...
Read more

We Have The Potential To Shine

Researchers from British universities recognised Serbia as the only country in Europe that has a chance to be a superstar in higher education. Simultaneously,...
Read more

We are Developing A New City Portal

Within the Exchange 3 programme, the City of Vranje is one of the first local governments in southern Serbia to implement e-Government with the...
Read more

We will use I.T. and applications to present the wealth of our culture, art and creative industries to the general public. This process involves...
Read more

Milan A. Nedeljković PhD, President Of The Municipality Of Vračar

With an awareness that time is the most expensive commodity today, and that this is the reason for the growing importance of advanced technologies, staff at the City Municipality of Vračar are monitoring the development of electronic communications and introducing them even more into regular operations
Read more

Signing of a Memorandum of Understanding
Read more

The issue of honour is today treated like a virtue of bygone times, and is really ever less associated with the notion of journalists,...
Read more

Dejan Molnar, Professor At The Belgrade Faculty Of Economics

Unless there are large fluctuations in the exchange rate and as long as people experience that their standard of living is rising, and while...
Read more