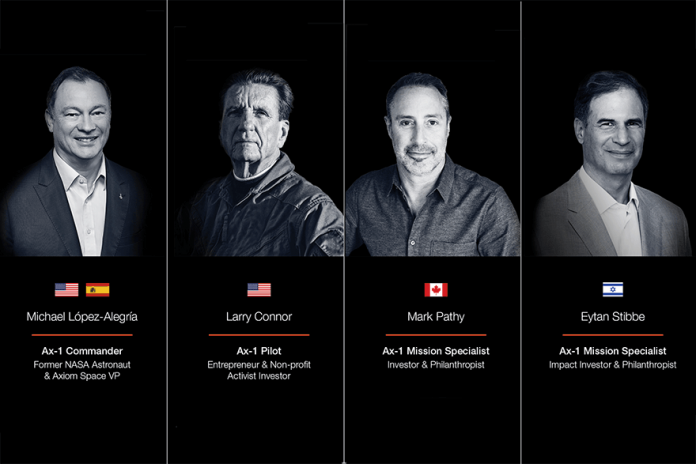 For the first time, scientists have created...
Read more 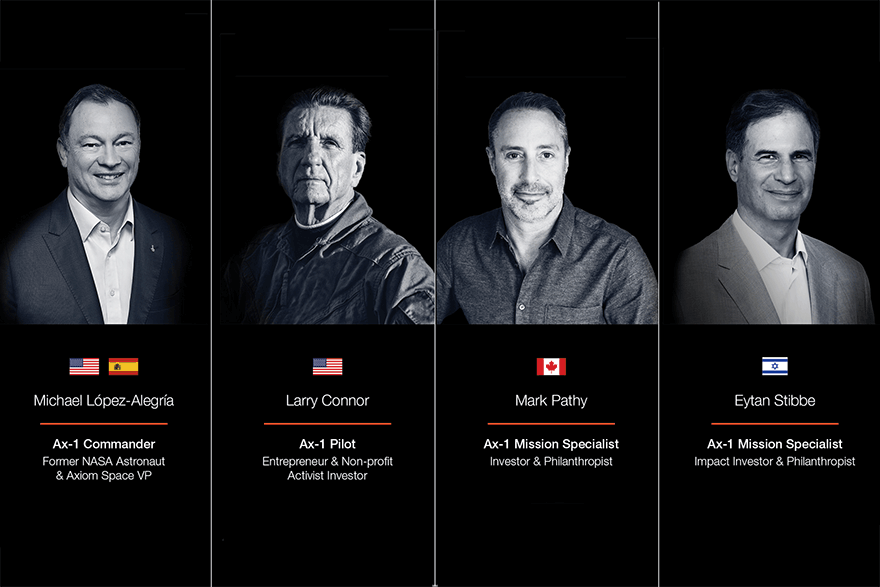 Sometime in 2022, Axiom Space hopes to send the first flight of private citizens to the International Space Station — and now, we know who those people are. Mission Ax-1 would mark the first for a group of private individuals to a “low Earth orbit” destination, which the European Space Agency defines as an altitude of less than 1,000 kilometers.

These are the people chosen for the proposed historic mission, which is planned for no earlier than January 2022 and is set to launch aboard a SpaceX Crew Dragon:

Last year, NASA said it expected seats aboard Boeing’s CST-100 Starliner and SpaceX’s Crew Dragon spacecraft to cost the agency in the neighborhood of $58 million each. According to The Washington Post, Axiom Space is charging $55 million per ticket.

López-Alegría had a long career at NASA, flying to space four times over 20 years. He is set to become the first person to ever command both a civil and commercial human spaceflight mission.

The first private ISS crew in the history of humankind has been assembled.

Axiom Mission 1 (Ax-1): The start of a new era. pic.twitter.com/vBlr0ASRhj

“This collection of pioneers — the first space crew of its kind — represents a defining moment in humanity’s eternal pursuit of exploration and progress,” López-Alegría said in a statement Tuesday. “I know from firsthand experience that what humans encounter in space is profound and propels them to make more meaningful contributions on returning to Earth. And as much as any astronaut who has come before them, the members of this crew have accomplished the sorts of things in life that equip them to accept that responsibility, act on that revelation, and make a truly global impact.”

The Houston-based company said the crew will spend eight days living aboard the U.S. segment of the ISS. They will participate in research and philanthropic projects while there.

Connor is expected to collaborate with Mayo Clinic and Cleveland Clinic on research projects, as well as virtually teach students at Dayton Early College Academy in his hometown of Dayton, Ohio. “It’s not just about being the first pilot. It’s about doing things that can only be done in space — experiments in microgravity. It’s a unique way to help humankind,” Connor said in a statement.

Mark Pathy is working with the Canadian Space Agency and the Montreal Children’s Hospital on health-related research projects, while Stibbe is collaborating with the Ramon Foundation and the Israel Space Agency at the Ministry of Science and Technology, with the goal of inspiring children and educators through scientific experiments on board.

“We sought to put together a crew for this historic mission that had demonstrated a lifelong commitment to improving the lives of the people on Earth, and I’m glad to say we’ve done that with this group,” Axiom Space President and CEO Michael Suffredini said. “This is just the first of several Axiom Space crews whose private missions to the International Space Station will truly inaugurate an expansive future for humans in space – and make a meaningful difference in the world when they return home.”

Axiom Space said it is working with NASA to finalize an agreement to enable private astronaut missions, including Ax-1. The company’s goal is to offer two private and national astronaut flights to the ISS per year.

A year ago, NASA selected Axiom Space and several partners to provide at least one commercial module to be attached to the space station, which could happen as early as 2024. The contract also calls for the eventual development of a stand-alone space station. Revenue from the commercial use of the ISS will help offset ongoing operational costs, freeing up resources for NASA’s Artemis program, which aims to put the next man and first woman on the moon by 2024.

Astronomers have discovered the most inhospitable 'hell' planet ever that rains rocks with 60-mile-deep lava seas and winds of more than 3,000 mph A recently...
Read more

There Is Water On The Moon

NASA has confirmed, for the first time, that there is water on the sunlit surface of the moon. The revelation means it is possible water...
Read more
Cord MagazineLeaders Meeting Point