“Heroes of the Belgrade Marathon” Awarded

CorD Charity Masters is the first humanitarian run organised under the auspices of the Belgrade Marathon, this year celebrating its 13th anniversary.

Andreja Mladenović, Assistant Mayor of Belgrade, presented certificates, diplomas and acknowledgements to organisations and individuals, as well as the special award “Heroes of the Belgrade Marathon” – to individuals who left a distinctive mark on the 31st Belgrade marathon.

Mladenović pointed out that the Belgrade marathon reminds us every year about how important it is to remember all who have contributed to the popularisation of healthy lifestyles with their approach to life and the philosophy of life.

“Every effort made towards the improvement of the Belgrade Marathon is an additional impetus for the future. On behalf of the city of Belgrade, thank you,” said Mladenović. 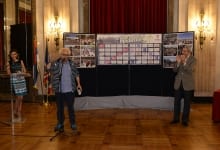 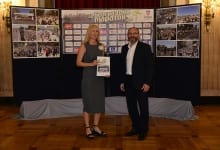 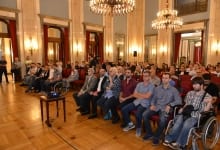 UNIQA was a proud sponsor and official insurance company of the 26th Children’s Marathon.  For the 6th year, UNIQA took care of the safety of...
Read more

The Belgrade Marathon has for over 30 years represented one of the largest sporting, social and humanitarian gems of Belgrade and Serbia. Having joined...
Read more
Cord MagazineLeaders Meeting Point