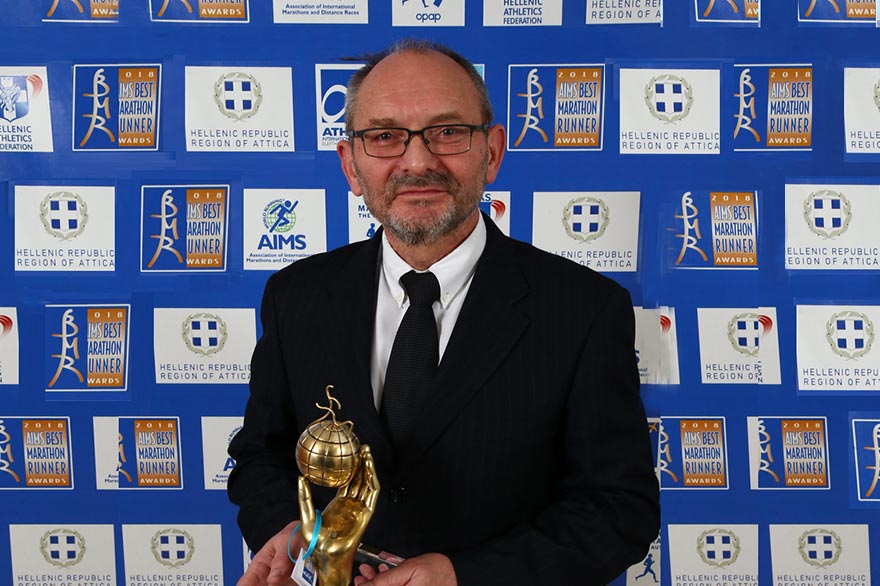 The world is in constant motion. That sounds logical, but is it really the case? Technological development and the general progress of mankind separate modern man from the primordial way of life

The modern running and marathon movement has opposed this in recent decades, returning man to nature and movement. That’s why it’s called the “Health Movement” and is said to be without barriers.

Fred also had the mission of spreading the running movement around the world, and he decided that one of the destinations on that road would be Belgrade, or the Belgrade Marathon.

The universality of Fred’s message that the running world has no boundaries and is constantly evolving and moving is also reflected in the fact that even popular geography classes wouldn’t be so interesting if they didn’t explain how it is possible that marathons are held in all capitals and many other cities around world, as well as in thousands of other places, such as the Antarctic, the Galapagos Islands, the Polar Circle, the Sahara Desert, the Great Wall of China, the French Riviera, the Petra Desert, Tibetan Plateau, Bagan Temple, Laguna Phuket, Walt Disney World and many other unusual places.

There are even more creative names of many marathons which – with their attractiveness and combining of history, culture and leisure – spread and develop the idea of running and invite hundreds of thousands of people around the world to get moving. Here are just the names of a few marathons: Athens Marathon the Authentic (naturally), The City of Art, Hans Christian Andersen, Loch Ness, Flying Pig, Pharaonic, Romeo and Juliet, Alexander the Great, Volcano, Star Wars, Pyramids, Robin Hood, Gold Coast – who wouldn’t attend one of these events?

A long time has passed since the period of Philippides, the Greek soldier, disptachrunner and perhaps the most famous “marathon runner”, who – as legend has it – ran from Marathon to Athens in 490 BC to inform the Athenians that the Persians had been defeated in the Battle of Marathon, after which he promply dropped dead.

What distinguishes the “modern Philippides” who have since appeared from the one who ran in 490 BC is that these people today run for pleasure and their own health. Running is their lifestyle and they create their other habits and organise trips in accordance with that. That’s also why it’s said that running migration is one of the largest and most active in the world.

And given that almost no conversation of late can begin or end without mention of the Coronavirus pandemic, perhaps this is a good opportunity to mention that, just recently, the UN recognised the importance of physical activity, running and walking, through the initiative of 118 member states that called on the UN and all other member states to – regardless of their many other current priorities – include physical activity, particularly running and walking, in their recovery plans for the post-COVID-19 era, and to give them a special place that reflects their importance in building public health.

And running is a simple activity that’s available to everyone, individually or with friends. It is easy to apply in various areas and under diverse weather conditions, and is acceptable for both sexes and all age categories. It also serves to heal both body and soul.

It seems that there’s nothing else for us to do but get moving.

It’s possible that Fred realised something before any of us.

Although Serbia’s political system is still formally a multiparty system, its National Assembly is essentially monistic, while the opposition is treated as being anti-systemic...
Read more

Our intention is to activate the fast track of negotiations through chapters with the full and unconditional fulfilment of our EU agenda... We will...
Read more

How to interpret the latest European Commission report on Serbia?

It is almost certain that Serbia won’t open a single EU accession negotiation chapter this year. And this year will be, according to this...
Read more

Our support for Serbia’s response to COVID-19 is continuing today, thanks to EU funds to support the hiring of 200 medical professionals working in...
Read more

COVID-19 is forcing firms to reimagine resilience. Instead of trying to strengthen their ability to resist change, companies must learn how to adapt and...
Read more

The wellbeing of the community must be a priority and goal for all of us, especially in the public sector. It is with this...
Read more

The fun started with my first encounter with chemistry back in primary school! It immediately became clear what I would spend the rest of...
Read more

At the essence of my work at the theatre has always been a great interest in working with people. Prior to enrolling in directing...
Read more

Zorana Đaković Minniti, Artistic Director Of The 59th October Salon And Assistant Director Of Programming At The Cultural Centre Of Belgrade

I’m a kind of peaceful anarchist and I’m inclined towards the anarchism of Kropotkin, which does not find its moral foundations in holding power...
Read more