Eurobank Report For The First Half of 2017

Belgrade’s Square Nine Hotel provided the venue for Eurobank to organise a meeting with media representatives to present the results of its operations in the first half of the year, as well as the innovations introduced to its operations aimed at making Eurobank the first choice of clients on the Serbian market.

The host Slavica Pavlović, President of the Eurobank Executive Board, said “Eurobank Serbia achieved good results. During the seven months of operations in 2017, it had a 3% growth in loans and 30% of profits, to 1.7 billion dinars.”

Eurobank is in seventh place on the banking market of Serbia according to the assets amounting to EUR 1.2 billion, has a total of € 1 billion, half-million clients, 1,200 employees and 80 branches. 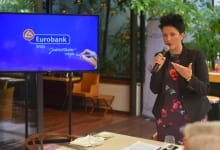 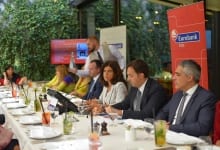 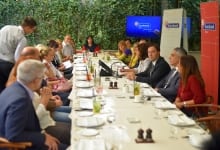 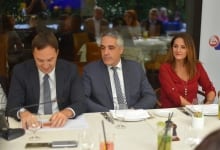 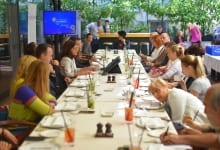 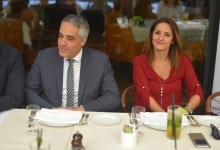