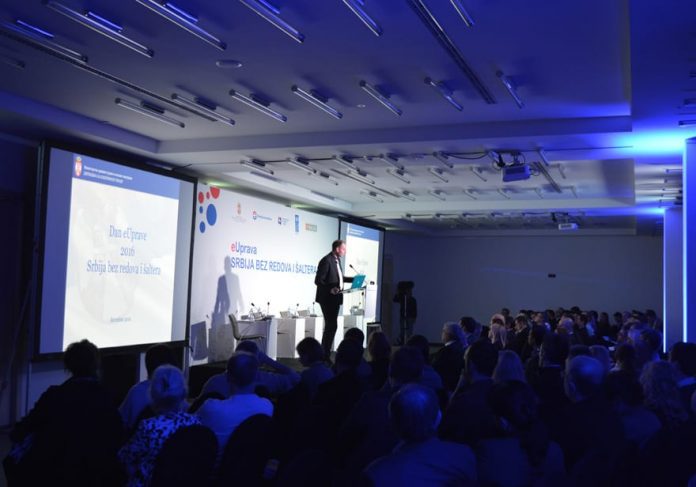 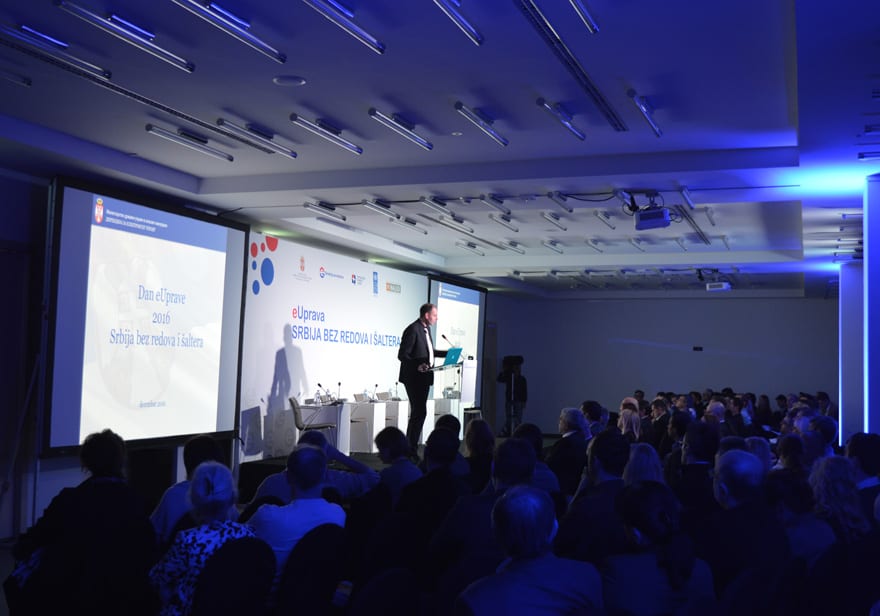 eGovernment will be one of the pillars of the Government of Serbia in the process of the reform and modernization of state administration.

In 2017, the year declared to combating the shadow economy, e-government will be a significant support to the activities that will be implemented in the fight against the grey economy. Therefore, its development is one of the priorities of the Ministry of State Administration and Local Government, Department of Electronic Government and the Government of the Republic of Serbia.

This was the main conclusion of the conference eGovernment – Serbia without Public Service Counters, which was held on 20th December with the aim of exchanging views between the representatives of the most relevant state, economic, media and civil society in order to further improve the performance of electronic government in Serbia.

“At the beginning of my term at the office of the Ministry of Public Administration and Local Self-Government, I announced that the development of eGovernment is one of the priorities of the Ministry. I am pleased with what we managed to achieve during the past four months, and I would like to take the opportunity to confirm that all the maternity wards in Serbia will be part of eBaby as of 1st January. In contacts with colleagues from abroad which have introduced electronic administration before us, I am convinced that it not only facilitates and simplifies the life of the citizens of a country already is one of the key mechanisms for the modernization of any society. I expect that this will happen to us and I’m with my team dedicated to working on it,” said Minister Ana Brnabić.

Conference eGovernment – Serbia without Public Service Counters was held for the second consecutive year on the occasion of the National Day of eGovernment. The event was organized by the Ministry of Public Administration and Local Government, Department of Electronic Government, Chamber of Commerce of Serbia, NALED, American Chamber of Commerce (AmCham), and with the support of RNIDS, UNDP and Telekom.