Signing Ceremony at the Embassy of Japan

Tecuja Cubota, the adviser at the embassy of Japan, and director of JKP “Osečina”, Nikola Tomić signed the agreement on the provision of funds at the Embassy of Japan in Serbia.

The Government of Japan will provide 72,700 euros for JKP “Osečina” for procurement of waste trucks and 30 containers.

It was noted that since 1999, Japan has directly assisted local government projects, NGOs, hospitals and schools in Serbia, and participated in the implementation of 220 projects. 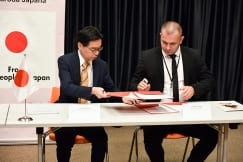 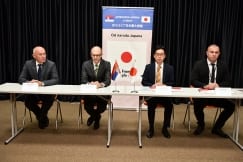 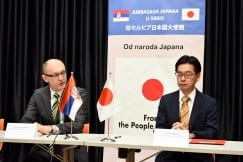