Ivan Medenica: On The Edge Of The Future

“We considered it necessary to give our all to nonetheless create a sample of the festival this year, to come up with a three-day Bitef Prologue, and we managed to make that happen.”

BITEF, the Belgrade International Theatre Festival, will be the first international event to be held in Serbia during the Coronavirus pandemic. Three weeks prior to the scheduled start of this international festival, it was announced that a way had been found to continue BITEF for the 54th year of its existence, ensuring that the consecutive series of editions of the festival wouldn’t be interrupted.

And that is why – given the existence of truly objective possibilities of BITEF being cancelled – we are particularly pleased that for this September’s issue we are continuing our tradition of interviewing Dr Ivan Medenica, the artistic director and selector of BITEF, about the programme he’s created.

The news that BITEF, unlike all other festivals, will not be postponed had a cathartic effect: it was commented on in the media and by many individuals as a piece of good news. How will you span the period of the Coronavirus pandemic?

Such a reaction pleases me greatly: it is because of that cathartic effect, because of the preserving of the flame and raising the “morale of the troupe”, that we fought for the BITEF Prologue to happen. It is also significant to maintain the continuity of BITEF, which has never been interrupted, but the aforementioned reasons are also important, and the most important thing is to show that theatre is also possible during the era of pandemics…

As is well known, the City of Belgrade Secretariat for Culture brought the decision to postpone BITEF until next year, when a double edition, 54th and 55th, would take place as one. That decision is rational, because human and other resources are not spent in endless calculations of attempts to make the festival happen in almost impossible conditions, and next year we’ll have the conditions for a spectacular edition. 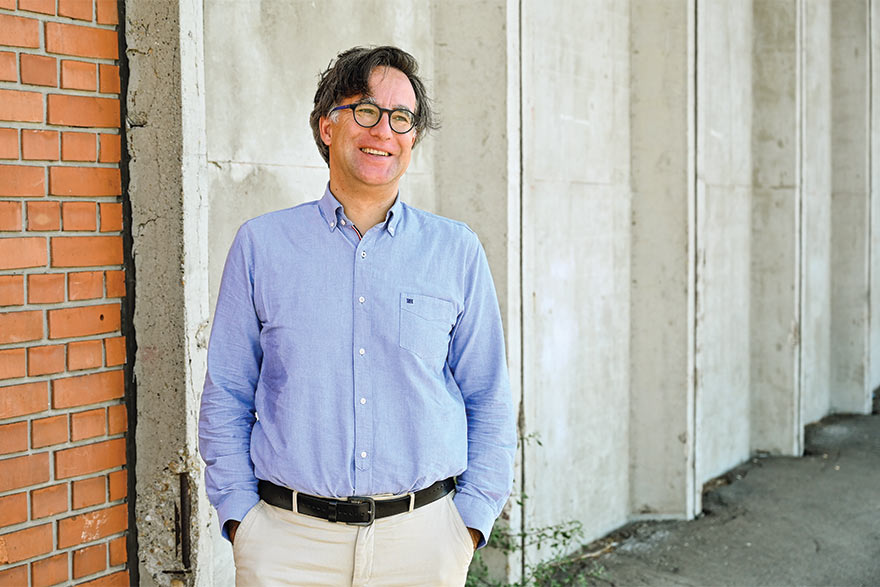 However, within the BITEF team, we considered that it was necessary to give our all to ensure that some sample of the festival nonetheless happens this year as well, for the reasons mentioned previously. That’s how we conceived the three-day BITEF Prologue, and we managed to make it happen. It will be located at the Bitef Theatre and on the summer stage in front of it, in Mira Trailović Square, and forming the backbone of the event is a play that has been talked about a lot in public: Uncanny Valley by famous director and a favourite of the Belgrade audience, Stefan Kaegi, co-produced by Rimini Protokoll and the Munich Kammerspiele.

It is a logical choice when we consider that it represented the core of the concept of the 54th BITEF. Converging within it are the thematic line of this concept, the vision of post-humanism as a world in which man will no longer be at the centre, so the ecological balance and aesthetic will be restored: bodies performing digitally and other re-examining of the live presence on stage.

According to the original plan, in the Prologue, we were supposed to be seeing the Slovenian play 2020 by Ivica Buljan. We also expected from Slovenia Žiga Divjak’s Lungs. Why them in particular?

Apart from them having a high artistic range and being contemporary to BITEF’s theatrical expression, they belong to the thematic line of the 54th BITEF. By drawing on themes from the books of Israeli historian Harari that are today popular across the planet, the play 2020 opens the spectrum of all the themes of this edition of BITEF: from the global ecological catastrophe to the concepts of trans- and post-humanism.

The play Lungs is based on Duncan McMillan’s drama, which is a love story about two 30-year-olds whose relationship faces the challenges of the modern world, including an ecological, bizarre, but relevant one: should children be brought into an overpopulated world in which where every new life consumes precious supplies of oxygen.

It is important for this play to take place at BITEF, in order for us to internationally promote the young Žiga Divjak, as the greatest hope of Slovenian theatre directing.

It is significant to maintain the continuity of BITEF, which has never been interrupted, but the aforementioned reasons are also important, and the most important thing is to show that theatre is also possible during the era of pandemics…

Will we see next year what we won’t see this year? And, considering that you are announcing both the 54th and 55th editions for next year, does that mean that next year’s festival will be twice as long?

The decision to postpone the 54th Bitef was based specifically on the idea that all the plays selected for this year will be performed in 2021, and that new one will be added to them. Conceptually, that programme will be unique, so plays will be added (the so-called 55th BITEF) to actually suit the thematic and aesthetic focus that was planned for this year. And the slogan will be the same – On the edge of the future.

Of course, a minor dilemma remains as to whether all troupes, which, notably, were all ready to come to Belgrade until the very last moment, will be able to be accommodated in the dates of BITEF 2021, and whether they will endure until next September, despite them all being more recent productions… In terms of duration, the double edition of BITEF will certainly last longer, but not necessarily twice as long. I really like the condensed festival programme, with several plays performed on the same day, so it is possible that the double BITEF won’t last much longer than ten days. 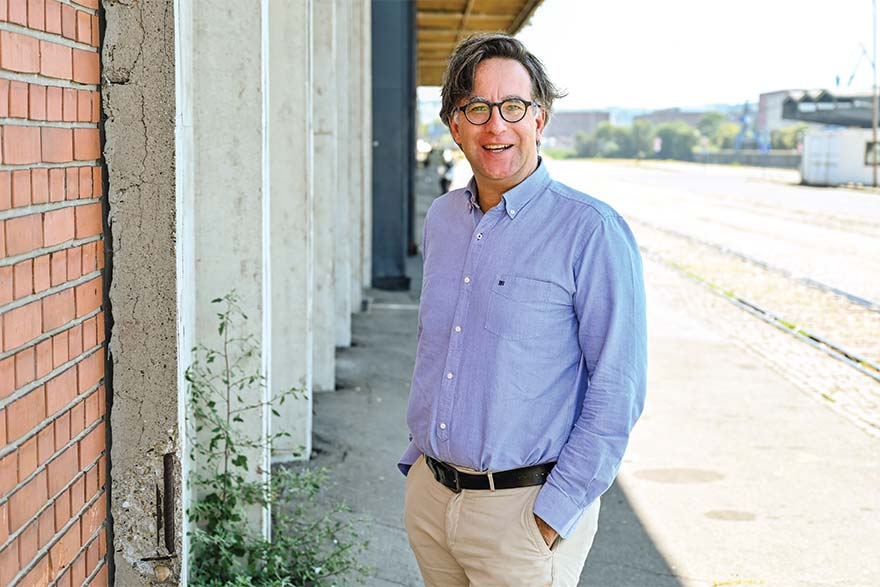 Preparations for the play Living Room, under the production of the Belgrade Drama Theatre and planned for the finale of BITEF, were halted after several rehearsals. What is the fate of this play?

It will certainly be completed by Bitef 2021 when it will have its festival premiere and probably its first theatre premiere. We really care a lot about that project, and for several reasons: BITEF is its co-producer after all. First and foremost, the director of the play, the young but already world-renowned German Ersan Mondtag, is a “child” of BITEF, because -as he points out regularly himself – our festival marked the beginning of his international career: as a reminder, in 2017 he came to BITEF with as many as two plays and is a previous jury member.

On the other hand, it is our task to support BITEF’s tendencies in domestic theatre, particularly when we bear in mind that they’re not very widespread, and the ambitious programme announced by the Belgrade Drama Theatre is like that precisely. Working there during this season and last are directors who have established themselves at BITEF, who have often been guests at the festival and have received awards: alongside Mondtag, those are Ivica Buljan, Tomi Janežič, Sebastijan Horvat and Boris Liješević.

It is unacceptable that the theatre and performing arts have been almost the only form of human activity to have been completely suspended, cancelled, for six months.

The Coronavirus pandemic led to the closing of our theatres and the postponing of festivals. Can the broadcasting of recorded performances be considered an appropriate replacement?

It can be considered a substitute, but nothing more than that. It is useful for the sake of wider availability, and perhaps even the popularisation of theatre. On the other hand, it is unbelievable the extent to which within our theatre “profession”, especially among self-proclaimed connoisseurs, there is the forcing of an incompetent understanding that every recording (often poor quality) or live streaming of a play represents a form of digital theatre. Both in theory and in practice, digital performances have already gained full legitimacy, as creative, conceptually conceived permeations of the living presence of viewers/performers and the digital reality. But that doesn’t include recordings or live streams of plays! Even the pandemic didn’t succeed in bringing into question the aesthetic premise of the theatre: the physical shared presence of actors and audience; their physical, energetic, emotional and spiritual exchange in a concrete, physically real and ephemeral “now and here”.

Immediately prior to our conversation, the City of Belgrade Secretariat for Culture proposed conditions under which theatres could start operating again. Did you expect such a proposal with the outbreak of the pandemic?

It is very important that instructions have finally been offered on how to perform drama, ballet and opera performances, as well as cinema screenings and concerts, indoors… It is unacceptable that the theatre and performing arts have been almost the only form of human activity to have been completely suspended, cancelled, for six months. It is no great wisdom to determine a way of sitting in halls that respects epidemiological measures: it is simpler to implement them in theatres, cinemas and concert halls than it is in bars, cafes and restaurants…

The lack of any action and discussion aimed at finding a solution seemed like Murder on the Orient Express: the theatre was murdered and everyone, due to their action or inaction, is among the murderers – the government, the media, the general public, the artists themselves. Protocols needed to have been devised earlier, and then adapted to the development of the pandemic, as is the case with schools, shops and restaurants. The only thing is that this is not the task of any local government, but rather that of the state.

How do you comprehend the notion, as considered by quantum physics, that parallel worlds exist? The answer is very easily, if you discuss it...
Read more

The Cannes Film Festival opened up Tuesday with crowded red carpet arrivals, a star-studded ceremony and a call from Ukraine President Volodymyr Zelenskiy for...
Read more

My Mission Is To Dismantle Prejudices

Born in Belgrade as Vesna Bjelogrlić, she was a brilliant student of literature who had only one wish: to be a poet. Love led...
Read more