How do you comprehend the notion, as considered by quantum physics, that parallel worlds exist? The answer is very easily, if you discuss it with Vlatko Vedral, the most cited physicist today

Proving that physics doesn’t have to be interesting and acceptable exclusively to experts is Dr Vlatko Vedral, who did so during two lectures held recently at the Serbian Academy of Sciences and Arts in Belgrade, at the Quantum Music Conference (21stand 22nd March) and at the Symposium on the latest scientific achievements in physics that commemorated the occasion of two decades of the existence of the Dr Marko V. Jarić Foundation (23rdand 24th March).

Belgrade-born Vedral (47) is among the most cited scientists today. He graduated from the Mathematical Grammar School in Belgrade, continued his education in the UK at Imperial College, London, celebrated the theory that the world is composed of information, which should begin with an understanding of the cosmos, dealt with the question of teleportation, fused quantum physics and music, began lecturing in quantum physics at universities in Oxford and Singapore, published 220 scientific papers, received an array of renowned awards, wrote two books on popular science, one of which – “Decoding Reality” -has been translated into Serbian, began playing guitar in the band “Vedders”-and much more besides.

Let’s start with the latest development in your career: the lectures you recently held at SANU. We will cite a question from one of them: what is it like to live in the quantum world?

– When quantum physics was discovered, physicists thought this discovery could only be applied to tiny particles. However, with the development of technology in the early 1990s, we also conducted experiments with large molecules and realised that they can also behave like quantum particles. My lectures were about this, about the transition of quantum physics from the microdomain to the macro.

How can we explain phenomena in the universe in a quantum way? This is interesting because quantum physics proves that every subject can be in multiple positions at the same time. This is a wonderful and frightening revelation, because – how can it be understood? This is a topic we constantly debate at conferences: how is it possible that you and I are here now, while according to quantum physics we may simultaneously be located in another universe discussing some other topic.

With regard to this, there are now theories suggesting that quantum physics may be consigned to history at one point. This is, of course, a great challenge for us physicists, because we have to examine all of this experimentally: does there exist some critical magnitude at which the world no longer behaves in a quantum way, but rather reverts back to Newtonian laws and classical physics? Gravity will force us to be in one place or another, but not in the same places simultaneously.

Likewise, when it comes to gravity, the following is being investigated: when you smash an atom and wait for a particle of light, a photon, to be emitted, you wait for a nanosecond or less, but if you do the same with gravity, then you have to wait much longer than our universe lasts. That’s why many scientists hold the theory that we will never get to know the quantum side of gravity. That’s what I spoke about at the lecture; that’s what’s new in quantum physics.

It is good that the relationship between science and art is also discussed at the Serbian Academy of Science and the Arts. I know they seem incompatible, but they can be fused

How did you draw a connection between physics and music, as two seemingly incompatible things?

– It is good that the relationship between science and art is also discussed at the Serbian Academy of Science and the Arts. I know they seem incompatible, but they can be fused – though this topic is now being considered at the level of metaphor, impression, as it would sound. 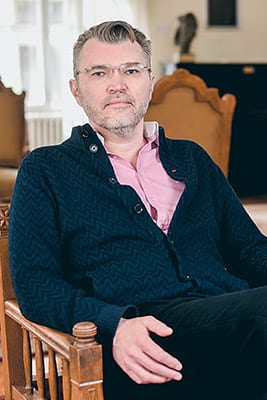 It is now being investigated to see whether the superposition of two sounds can be expressed musically, whether it touches our other senses. This really depends on how we experience sound. We know how the ear and brain function, but does there exist in the brain some quantum element that could be in that superposition where we heard both sounds at the same time? We haven’t reached that level experimentally.

Quantum physics says that there is a copy of you that hears one sound, but also another you that hears the other sound, but that still remains at the same time and in the same place. There is no contact whatsoever between these two spaces. One of your copies cannot come into contact with the other and say: I hear this sound, what do you hear? That’s what I discussed at the other lecture.

The existence of parallel worlds is probably the quantum physics theory that most intrigues laymen. Can they grasp it? And what would we do with that? This question is dealt with by the quantum computers that you’ve introduced into science.

– When I started, physicists were sceptical about whether they would be able to experiment with quantum computers, but today, almost 25 years on, all major companies are investing in that: Google and Microsoft, and I think some others in China and the EU, invest in quantum computers. The latest news is that Google has a computer with 72 quantum bits, so I expect this year it will be possible to use this computer to perform some sort of computational operations that cannot be performed elsewhere. What’s the trick there?

When there are parallel worlds, there is a quantum way to unite them ina single world. That’s like having many classic computers all working in their own universe, but there are some types of operations that can unite them. However, the computers themselves cannot do that, rather than operation must somehow be controlled from outside. Google announced that it would conduct that experiment, and now we are all very excited to see what we will discover.

The laws of gravity are confirmed at the level of the cosmos – large planets and galaxies; however, quantum physics and gravity cannot yet be brought together mathematically

Can physics explain everything, such as feelings, for example?

– That’s a difficult question. Will physics, chemistry, biology, psychology and all other branches of science ever be able to be united and explain everything that interests us? There is so much that we do not know. In science there are no final answers: you discover something, but you never know if you’ve discovered everything.

The laws of gravity are confirmed at the level of the cosmos – large planets and galaxies; however, quantum physics and gravity cannot yet be brought together mathematically. We still don’t know the ramifications of this theory, or how to test it. I think gravity will be able to be reduced in a quantum way, but -that is unknown.

You talk about great scientific secrets in a way that makes them clear to everybody. This is probably one of the reasons why your students have declared you their best professor several times.

– I don’t think lectures should ever be about the writing of formulas; there are countless textbooks and programs on the internet with formulas. I prefer to talk about the ramifications of quantum physics, i.e. what it tells us about the world, rather than drilling students by presenting formulas.

You also have experience with the education systems of Serbia and the UK. What does our system lack?

– I think that financial resources are an important problem in our country. I know that the Mathematical Grammar School, which is one of the strongest in the world in terms of results, had no money to provide learning through experimentation, so everything came down to theory. If you don’t have insight into financing at the state level, it’s tough to say if more could be earmarked for education. There probably always can be, but… I don’t believe I would have achieved all that I’ve achieved if I’d stayed in Serbia. The conditions of our higher education are insufficient for scientific development. We have good physicists, but these are people who acquired their knowledge abroad and conditions need to be created to entice them to return.

You can’t do serious experiments without, for example, a Bose-Einstein condensate, a large group of atoms at very low temperatures, for which it is necessary to set aside a million dollars a year for ten years. That is difficult even in the West. And in our country, people are dealing with photons and lasers. It would be nice to have a centre for quantum physics here – many people would come back from abroad if that were to happen. There is a lot of talent here, but it’s tough to be at the international level without that technology. The culture of life here is fantastic, and I think many would return if they only had adequate working conditions.

How does music fit into everything you do? Are you perhaps planning some concert?

– Perhaps in the autumn. We’ll see. You can’t practise for a concert via Skype, so it’s necessary to set aside time for rehearsals and all the organisation. But we are working on it – truthfully, that is being worked on most by my friend Dragan Novković, whose studio we used to record a few songs. I began playing a classic acoustic guitar, then someone showed me the electric guitar, but I don’t think that’s popular either now – I think everyone raps now. I’m not interested in that – there is no music in that.

When it comes to performing on a classic guitar, I like Flamenco, because it enables the greatest virtuosity, and when it comes to electric guitars I like blues and rock. You know, this job of mine demands frequent travel, so it’s difficult to find time for all obligations. My life is strange, but everyone lives like me in our profession.