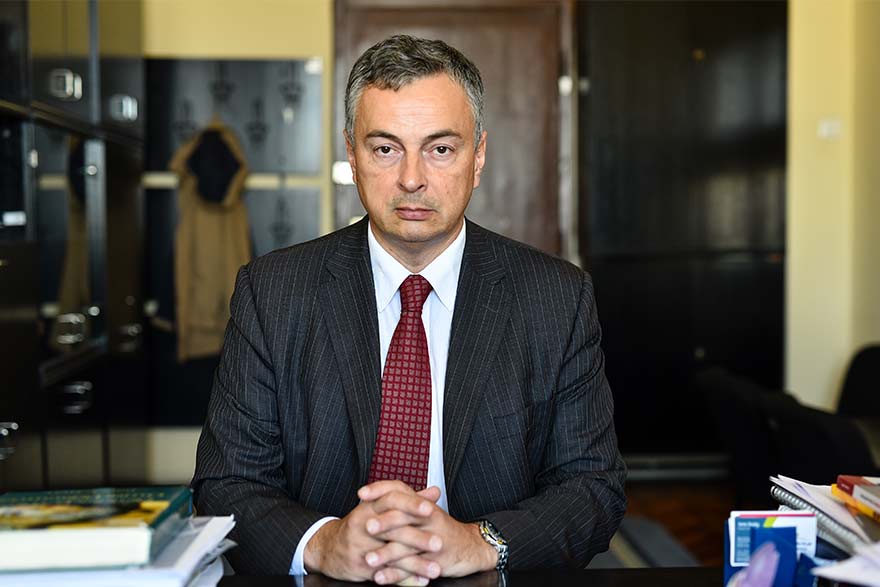 Dejan Šoškić, Professor at the Faculty of Economics, University of Belgrade (EFB)

It is true that Serbia recently borrowed on the external market at an extremely low-interest rate compared to the previous borrowing of our country, but it remains three times higher than the interest rate paid by Portugal or Bulgaria. Greece’s experience shows that a country mustn’t give in to the temptation to substantially raise its public debt in conditions of low-interest rates

Serbia last week issued Eurobonds denominated in euros. There are various interpretations of this move in the public, which are often insufficiently precise, while some are completed exaggerated and even pretentious. This could perhaps provide the occasion to highlight some of them, in order for us to have a clearer picture regarding the situation as a whole.

Firstly, it has been said that this was the first time that Serbia issued a Eurobond. Is that so? No, it is not! A Eurobond is any bond that is issued outside the domestic financial market, i.e. on the international market. Thus, a Eurobond isn’t the same as a bond issued in euros. Serbia has to date issued Eurobonds multiple times, i.e. it has issued bonds on the international market, but they were denominated in dollars.

This is the first time that the country has issued Eurobonds denominated in euros. It could also have issued a Eurobond in Serbian dinars. Although many would probably consider this strange, it is nonetheless a real possibility. It is better that we issued this Eurobond in euros than dollars, given that the dinar-euro exchange rate is more stable than the exchange rate of the dinar against the dollar. It would be best, however, for the state to issue bonds in the currency in which it collects the bulk of its income, i.e. in dinars, as this would eliminate the currency risk borne by the state, i.e. by taxpayers. As things stand now, that risk is reduced, but still exists.

Secondly, we are talking about great success, because the new bonds finance the repurchase of older, more expensive debts. It is true that some government debts can be repurchased early (they have the so-called earlier recall clause), and some cannot be repurchased earlier (except with the explicit consent of creditors, which is very rare).

New borrowing often serves to repay debts accumulated previously, and that is done according to current prevailing market conditions, and that’s normal for every country that finances its public debt on the market. Thus, it is circumstances that determined that we were able to repay some old debts earlier, just as it is circumstantial that today’s interest rates on government bonds are practically lower than ever, and for many countries are even negative.

It would be best for the state to issue bonds in the currency in which it collects the bulk of its income, i.e. in dinars, as this would eliminate the currency risk borne by the state, i.e. by taxpayers. As things stand now, that risk is reduced, but still exists

Thirdly, it is being said that Serbia has achieved historically lowest interest rates on its public debt and that this is our great success and a specific reason for us to be praised. It is true that the achieved interest rate of 1.6% is extremely low compared to the previous borrowing of our country. However, it is also true that many EU countries are at present paying negative interest rates on their bonds, and that the interest rate paid by Serbia is around three times higher than the interest rate paid by, for instance, Portugal or Bulgaria, and also that Croatia – with a significantly higher level of public debt (in absolute terms and relative to GDP) – pays a lower interest on its newly issued public debt.

Finally, fourthly, it is being said that now – with such results and interest rate achieved – Serbia can continue to borrow and to utilise these sources to finance various investment projects in the country. However, conditions for financing Serbia’s public debt can change quickly and significantly. And this often has no direct connection to us, but rather comes due to the impact of economic and monetary cycles in the world’s major economic zones.

One of the great lessons that can be learnt from the sovereign debt crisis in Greece is that a country shouldn’t give in to temptations to raise its public debt substantially under conditions of low-interest rates. That’s because, at the time of refinancing old debts in the future, a country can find itself confronted by much less favourable market conditions. Excessive growth of public debt under conditions of low-interest rates can represent a slippery path to a serious fiscal crisis and even the bankrupting of the country.