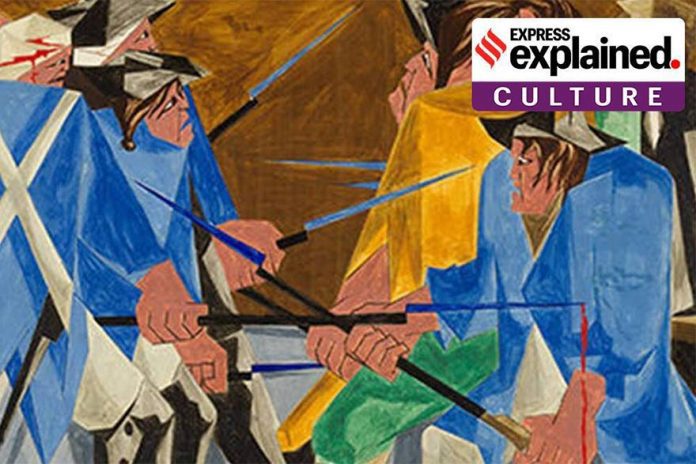 The Art Of Collecting

It’s a beautiful thing when a person’s...
Read more

Without the Martovski festival , for all...
Read more

Since its inception and to this day,...
Read more 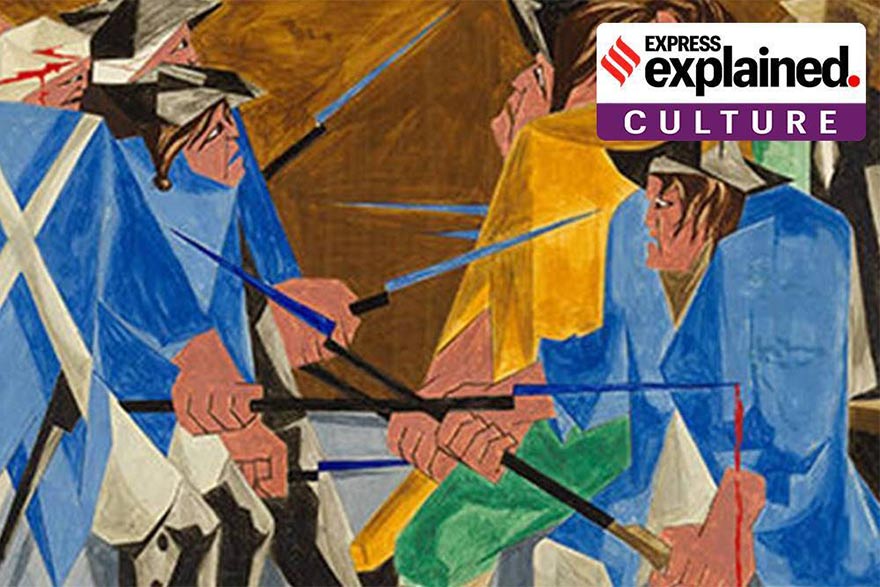 From Nazis to Sicilian mafia, disparate groups have stolen art across the world, and across centuries.

Believed to be missing for 60 years, late acclaimed artist Jacob Lawrence’s painting from the series “Struggle: From the History of the American People”, has now resurfaced in a private collection and is part of an exhibition showcasing the series at The Met in New York.

Purchased at a 1960 Christmas charity auction to benefit a music school, the work was traced after a neighbour of its owner visited the museum and found similarities between a Lawrence work on display and what she had seen.

Lawrence’s painting may have been found, but the whereabouts of a number of prominent artworks remain unknown. Here are a few.

Referred to as “The Lost Leonardo”, Leonardo da Vinci’s 1505 battle scene, commissioned by Italian statesman Piero Soderini for the Palazzo Vecchio, was believed to be one of the Renaissance artists’ most ambitious works.

Believed to feature three scenes of the battle, the central scene is perhaps the most recognised. Made with encaustic technique that involves heating wax and adding colour pigment to it, the work showed signs of damage within years.

While painters such as Peter Paul Rubens created copies, the original is believed to have been lost when between 1555 and 1572, Giorgio Vasari was asked to work in the ‘Hall of the Five Hundred’ in the Palazzo Vecchio. In March 2012, art diagnostician Maurizio Seracini proposed that Vasari preserved da Vinci’s work on a hidden wall behind his fresco.

Reportedly on the FBI’s list of top 10 art thefts, the painting was stolen from the altar wall at the Oratory of San Lorenzo in Palermo, Sicily, in 1969. Depicting the nativity of Jesus, with saints Francis of Assisi and Lawrence surrounding Mary and the newborn Jesus, among others, the painting was cut from the altar wall and several believe that it was stolen by members of the Sicilian Mafia. Estimated to cost US $20 million, the current location of the work remains unknown.

Valued at over $200 million, Johannes Vermeer’s The Concert, depicting a man and two women performing music, is one of the most expensive stolen works that are missing.

It was stolen in one of the largest art heists in recent history, when in 1990 two thieves dressed as police officers entered the Isabella Stewart Gardner Museum in Boston and stole 13 works of art, including the Vermeer and The Storm on the Sea of Galilee by Dutch artist Rembrandt van Rijn. Jan Van Eyck’s The Just Judges Part of the world’s first major oil painting –– Hubert and Jan van Eyck’s Adoration of the Mystic Lamb or Ghent Altarpiece –– The Just Judges remains missing years after it disappeared in 1934. The work was installed in the Saint Bavo Cathedral in Ghent, Belgium, and a note left after the theft stated, “Taken from Germany by the Treaty of Versailles.”

This was followed by another letter to the Bishop of Ghent, asking for a huge ransom. While the demand was not fulfilled, in 1934, on his deathbed, self-proclaimed thief Arsène Goedertier confessed to his lawyer that only he knew where the work was. He also stated that the panel was in a place where it would be impossible for him or anyone else to move without arousing public attention.

Portrait of a Young Man by Raffaello Sanzio

Believed to be a self-portrait of the Italian painter and architect, the oil on panel was stolen by the Nazis from Poland during World War II. Still missing, it arguably has a young and confident Raphael. Last known to be in the possession of Hans Frank, Governor of Nazi Occupied Poland, it was seen at his palace in Krakow during the war, after which its whereabouts are unknown.

On 1 March, with the JU 470 flight carried out with an Airbus A319, Air Serbia commenced direct flights on the new Belgrade-Geneva route....
Read more

Nestlé Reveals - External And Internal Pressures Are The Biggest Problem Of Parents Around The World The Parenting Index is the new tool that measures...
Read more

Ferragosto, the feast of the Holy Mother of God, is a special day in Italy, and on that day, 15th August, the entire country...
Read more

The final report of the OSCE/ODIHR on the June 2020 elections gives recommendations on how to improve the overall conditions, including an independent media...
Read more

If the art of creating the Brussels compromise consisted, for many years, of searching for solutions that are acceptable to both the “engine of...
Read more