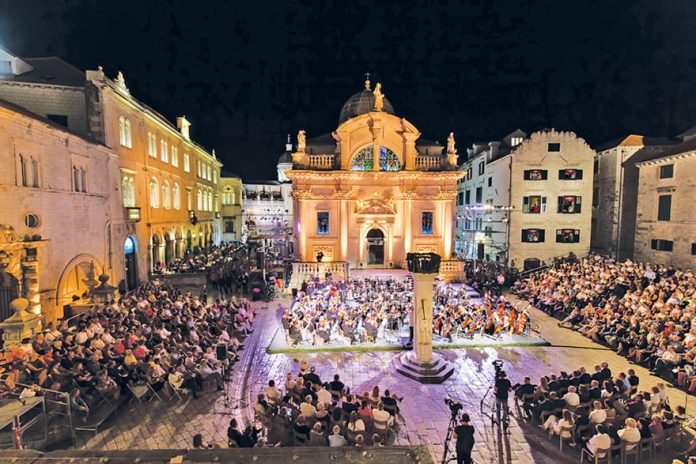 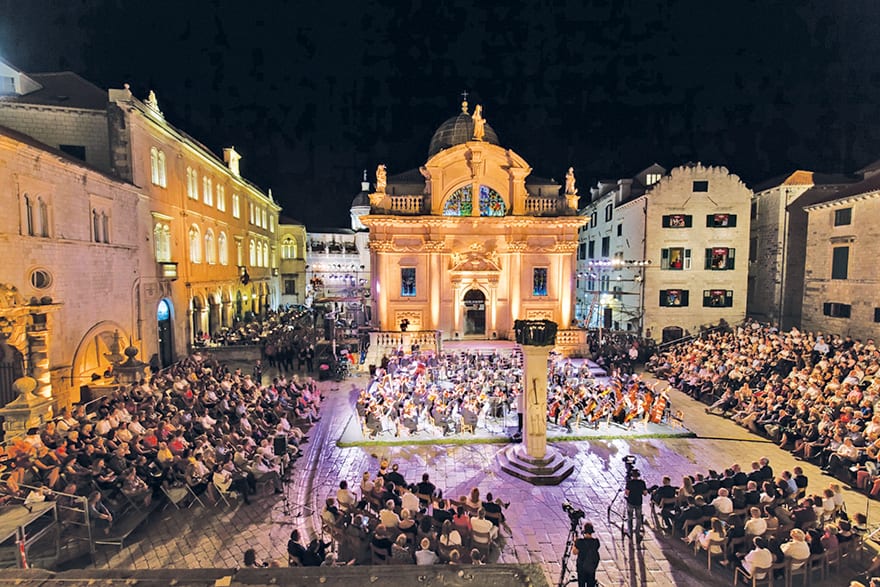 By raising the Libertas Festival Flag accompanied by the sounds with a spectacular performance of Carmina Burana on 10th July, in front of St. Blaise’s Church, the 68th Dubrovnik Summer Festival was officially opened and will be traditionally held until 25th August.

During those 47 days, at more than 15 unique locations, almost 2,000 artists from across the globe will present around 80 dramatic, musical, operatic, ballet, folklore and other programmes to 60,000 domestic and foreign guests.

The first premiere, of the play Messrs Glembay by Miroslav Krleža, directed by Zlatko Sviben, will take place at the Modern Art Museum of Dubrovnik. The excellent acting ensemble is led by Predrag Ejdus as Ignjat Glembaj, Anja Šovagović Despot, as Baroness Castelli, and Mijo Jurišić, in the role of Leone.