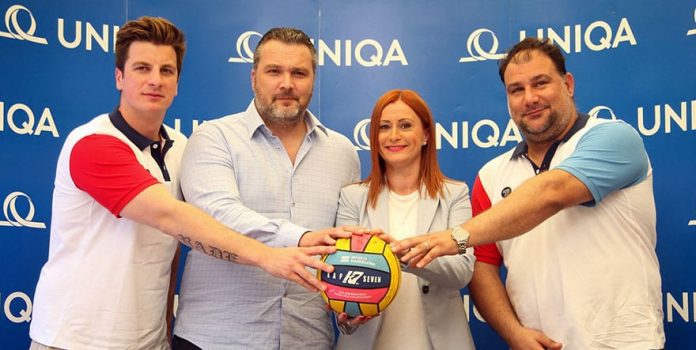 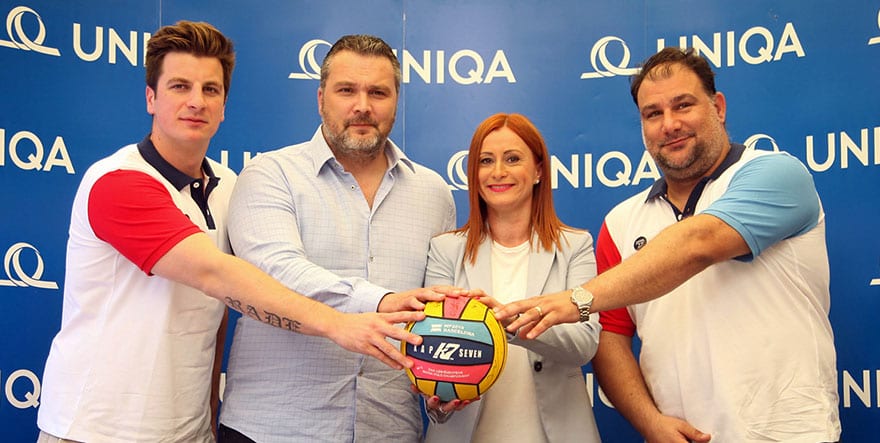 After five years of cooperation crowned with Olympic, both the World and European medals, UNIQA remains the official insurance of the water polo team of Serbia in the current Olympic cycle and on the way to the newest brightest decorations in Tokyo.

Except for the support of Serbian water polo dolphins will be assured, UNIQA will also be official insurance company of the Final World League Tournament, a sports spectacle that will unite the eight best water polo teams from the 18th to the 23rd June in the Belgrade’s Tasmajdan for the same goal – the first place and one visa for the Olympic Games in Tokyo 2020.

“UNIQA proudly carries the title of the official insurance of the water polo team and partner of the Waterpolo Association of Serbia. It is my great pleasure to be with our water polo team defending another Olympic gold and the reputation of our national team as one of the most successful on the world stage,” said Sonja Marić, Director of the Marketing and Corporate Communications Division of UNIQA Insurance.

Dejan Savić, the coach of the Serbian water polo team, said that matches and medals are conquered with real support.

“UNIQA is not just a sponsor for us, as it takes a more important role in the team,” Savić said.

On 18 December 2020, the international rating agency Standard & Poor's (S&P) again confirmed its "A-" rating of UNIQA Insurance Group AG with a...
Read more

As part of its new corporate strategy "UNIQA 3.0 - Seeding the Future", UNIQA is doubling down on its efforts to reach new goals...
Read more

In February 2020, Japan is celebrating the first National Day (The Emperor's Birthday) since His Majesty Emperor Naruhito ascended to the Throne. I am...
Read more

Why Tokyo 2020 Can Be More Financially Successful Than Previous Games

Most Private Sector Support and Sponsors Ever

There are often debates about the actual economic benefits of hosting an Olympic Games. The answer can often seem quite ambiguous, as it is...
Read more

Autonomous taxis are set to shuffle visitors between the airport and sporting venues. Facial recognition will speed up security screenings for hundreds of thousands...
Read more
Cord MagazineLeaders Meeting Point