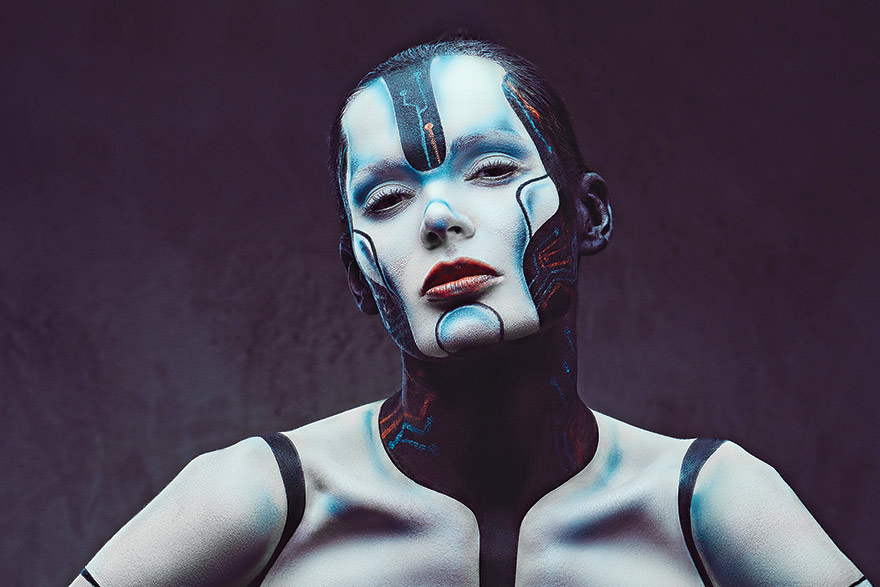 The World Enters A New Era

For more than a year and a half, the global pandemic caused by the Covid-19 virus has been shaking the whole world, leading to changes in lifestyle and work, changes in habits and needs, but also to an accelerated development of state-of-the-art technologies, digitalisation and public and private sector transformation. The world will never be the same again, because the future has already begun

The number of online purchases in Serbia increased from seven million in 2019 to 14.3 million in 2020, and the total investment in e-commerce consumption in Serbia is expected to exceed 400 million euros this year. In step with this colossal growth, in early 2021 the Ministry of Trade, Tourism and Telecommunication in cooperation with the United States Agency for International Development (USAID) compiled an e-commerce guide to educate traders about what e-commerce is and what regulations govern it, and to provide practical advice to improve this way of shopping.

It turns out that e-commerce is the fastest growing segment and has proven more resilient than traditional commerce. The largest growth in the pandemic, more than 300 percent, occurred among e-traders of sports equipment and items, those who sell large and small household appliances, food retailers, but also delivery services.

5G IS NOT LATE IN SERBIA

“The introduction of the 5G network is not late. Four operators are interested in the allocation of radio frequencies for the network – SBB, Telekom, Telenor and A1 – and the regulatory framework exists as a condition for starting the process of public bidding for the allocation of frequencies”, said Vladana Radisavljavić Đorđević, head of the group for the planning and development of electronic communication networks and services in the Ministry of Trade, Tourism and Telecommunications, speaking at a meeting organised by the Serbian Informatics Society at the Serbian Chamber of Commerce & Industry.

On the basis of the existing regulatory framework, the Regulatory Agency for Electronic Communications and Postal Services RATEL has announced a public invitation to operators this summer to apply for the use of certain radio frequency bands. As proof that the introduction of the 5G network is not late, the meeting was presented the example of Great Britain, which had no 5G stations in July 2019, while many British cities are now covered by this network.

There are currently five certification bodies in Serbia that issue qualified electronic certificates, and the novelty prepared by the Office for IT and e-Government is that it will not be issued on a plastic card or USB, but will be available on a mobile phone or tablet. Everyone who has the ConsendID application will be able to receive an electronic signature free of charge. The application will be protected by a pin known only to the user.

Until March 2020, the development, and even the application of new technologies followed strictly defined long-term plans, but with the beginning of the pandemic everything changed. It became necessary to do practically overnight what before was planned for months or even years. The design and introduction of new tools, processes, applications and services, primarily those that enable and facilitate remote work, has become a practical matter of life and death.

As a result, new technological tools have emerged, the digitalisation process has been accelerated and new directions of development have been defined. Among other things, it has been shown that special attention should be paid to training staff to raise the level of their IT literacy, and to developing and using new tools that enable work from anywhere. Precisely because of remote work, it has been shown to be especially important to work on the development of security systems because every workstation (computer) outside the company’s security system is more susceptible to attacks and intrusions from outside.

THE STATE IS PREPARING A PLATFORM FOR ARTIFICIAL INTELLIGENCE

In the next few months, more than 25 mentors from some of the best-known IT companies and institutions in Serbia will share their professional experience with pupils of specialised IT departments all over Serbia, answer their questions, help choose a faculty, and later an employer or a field in which start their own business.

Career 4.0, a programme of free mentoring support, was developed in response to an analysis conducted by the Digital Serbia Initiative with students talented in IT who are foreseen as the bearers of further development of the digital economy of our country. The opinions and attitudes of over 300 high school students from 17 towns showed that students do not have enough opportunity to become acquainted with present and future professions.

E-vaccines and the example of vaccination in Serbia show how important the digitalisation process is in everyday life. Mihailo Jovanović Ph.D., Director of the Office for IT and e-Government, explained that in the case of immunisation against the novel coronavirus, the rapid distribution of data and their application in real conditions was crucial.

When the vaccination started, all development experience, not only of data centers but also software, was used to set up a vaccination system within three weeks. The vaccine’s arrival in Serbia was monitored in real time, how it landed, how it spread around Serbia, where it moved, how it was stored in warehouses, how it was administered… On the other hand, people expressed their desires on the e-Government portal, and depending on those wishes, the state managed the procurement of vaccines, distribution and storage.

In the state Strategy for the Development of Artificial Intelligence, Serbia has announced the establishment of the first Institute that will deal with research into its application in various fields. The goal of the work of the Institute, which will be established in Novi Sad in Vojvodina, is to create future staff and attract investment in the field of artificial intelligence.

From the budget of the Ministry of Education, Science and Technological Development, 40,000,000 dinars (about 339,000 euros) were allocated to establish and launch the work of the institute, which, according to Boško Nikolić Ph.D., from the Faculty of Electrical Engineering in Belgrade, represents only one stepping stone in the building of A.I. in Serbia.

A.I. is intelligence exhibited by machines. Systems based on artificial intelligence can be based solely on software and operate in the virtual world (virtual assistants, photo analysis software, browsers, speech and face recognition systems) or they can be built into devices – hardware (advanced robots, autonomous vehicles, drones etc.).

According to professor Nikolić, artificial intelligence in Serbia is most developed in the field of industry and agriculture, and data processing that predicts various behaviours.

The State As An Innovator

For emerging economies, building a digital economy presents a challenging task in which governments play an important role in fostering innovation and the adoption...
Read more

We Share The Same Vision Of Digital Networking With Europe

Dr Mihailo Jovanović, Director Of The Office For IT And E-government

We Have Confirmed Our Leadership In Innovation

The digital transformation in the age of Covid 19 was for many both a leap forward and a necessity for survival. For Serbia, this...
Read more

The previous year has been a catalyst for significant changes to the ways things are done across the entire industry. Digital tools have become...
Read more

Italian IT company Engineering Group, which operates on the Serbian market under the name Engineering Software Lab, has announced the further expansion of its...
Read more

Data Cloud Technology secured its organisational and human resource capacities and then, a little less than a year ago, began providing services to a...
Read more

Agility And Innovation Are Key To Progress

AIGO has spent many years continuously listening to the market and the requirements of business, investing in employee education and the creating of new...
Read more

Digital Agenda For The Western Balkans And Eurointegration

For development in the Western Balkans, it is important to follow the EU strategic framework for the digital agenda in the long term, while...
Read more

China has developed a new weather modification drone system capable of detecting clouds, rain, winds and aerosols in the air along its flight path. According...
Read more