A New Era Has Begun

The start of 2019 was marked by a change in the visual identity of Direct Media and an announcement that regional marketing will enter a new evolutionary phase. The company is rejoicing about this, as it has the support of the United Group, which – as a technological giant – is constantly in the process of innovating its services and monitoring new trends

The time of digital has yet to come to our country. It’s further and faster growth is expected, which will have to be accompanied by continuous education. That’s why the vocational training carried out by IAB Serbia in the digital domain is important, while our annual education at the Direct Media Academy will also play an important role.

– With last year’s entry of Direct Media into United Media, or the United Group, a new era started for us, which we expect to bring growth to our partners, both from the ranks of companies and from the ranks of media outlets, and the entire market of marketing generally. In this new development phase, as our ‘DIRECT MEDIA United Solutions’ name implies, we’ve replaced the word “strategy” with the word “solution”, because in a digital era that connects people, platforms and processes more and quicker than ever before, we want to provide prompt and smart responses to customer requests, to create solutions not only for communication but also for business challenges.

In this, we have the support of the United Group itself, which – as a technological giant – is constantly in the process of innovating its services and monitoring new trends. The actual method of developing a strategy has changed forever, in line with changes to the media landscape, in the social, economic and technological context, and in our agency we will also experience changes following the establishment of the Data Science department, which I’m sure will shape insights into even better solutions for our partners.

Since 2008, when the advertising market reached its peak, budgets have been getting smaller and smaller. What is the situation like today? Have we recovered from the crisis that hit the world 10 years ago?

– Despite the current challenges facing the global economy, the year behind us was again marked by positive trends in advertising. The forecasts of several relevant research companies suggest that growth of investments in advertising in 2018 will have been between four and six per cent at the global level compared to the previous year, although individual estimates suggest that growth in the past year was the highest in the last eight years.

The recovery of the market is also occurring in the region, and it can already be said that a slight increase in investments in the media through advertising messages also marked 2018. We will find out how positive those developments are when the reports of research houses from our markets arrive

Communication channels have changed completely. The print is at its lowest point, online has gained primacy, and TV is continuing to hold its own. How do you explain this? Will this trend continue?

The transformation of media brought by the digital must not be viewed with a negative indicator. On the contrary, companies, or their brands, and the media itself can benefit greatly from this. 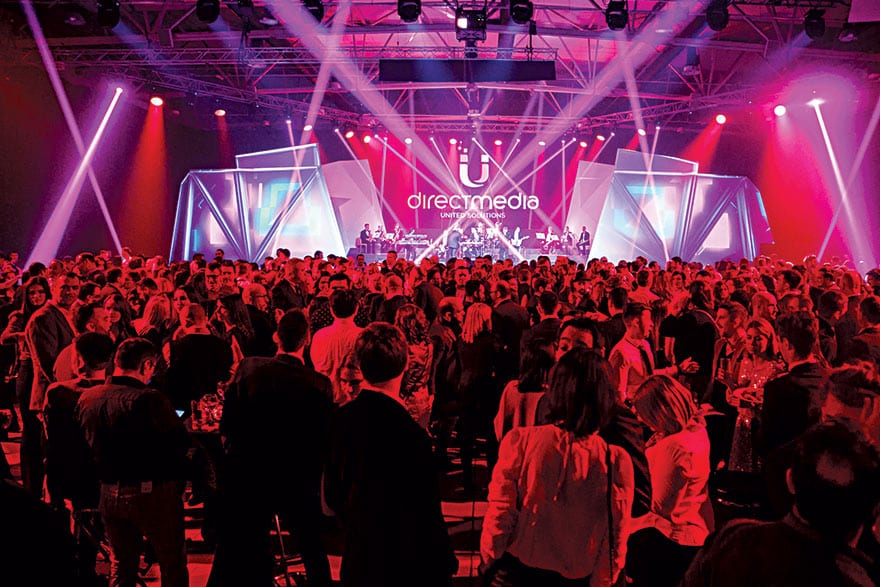 Digital is primarily a technology that changes everything, and then also the way we consume media, and it will not lead to certain media ceasing to exist, at least not for some time to come. Digital merely transforms them.

Television is awaited by an even more glorious future in the digital environment, provided it has high-quality content available. When it comes to print, the number of subscribers to digital editions of newspapers is on the rise. Likewise, the time people spend reading news in print or in digital is not reducing. These are all relevant indicators that point towards the potential of new models of media operations and, simultaneously, new ways of placing advertising messages.

The time of pure advertising has passed. Are your customers ready to adapt to trends and new channels of communication and, if so, to what extent?

A few years ago, when the understanding of the changes brought about by the new technological revolution was still unclear, we applied new advertising models with much more reservations.

Today, when it’s clear to everyone that physical shops will not disappear just because e-commerce exists, our partners also accept new solutions with a higher degree of courage.

Do we have enough experts in digital marketing? Are we lagging behind developed markets?

– When it comes to serious digital expertise, it seems that the level of knowledge of digital professionals on our market is not aligned with the level of development of the digital advertising market. We have much more digital knowledge than space in which it can be applied. One of the obvious examples is the programmatic lease of media space, which we brought to the region several years ago, with all the associated knowledge, and its full implementation waited a long time for the market to mature.

The future of the user experience and interaction between brands and consumers lies in the overlapping of the digital and analogue world, in which both offer an entire spectrum of channels, formats and new possibilities for advertising

Which branch of industry is today recording the highest growth and is there sufficient reliance on the services of professionals in the fields of communications and marketing? What’s the situation like on the markets of the region?

– According to the data of the Statistical Office of the Republic of Serbia, overall economic activity in Serbia achieved growth in 2018, with the construction industry, agricultural production and the housing and food sectors leading the way. When it comes to the other countries of the region, Slovenia can boast of reaching a new milestone in IT, while the tech industries and the energy sector are also recording growth in Bosnia-Herzegovina.

In Croatia and Montenegro, as is traditional, growth in tourism has been recorded in the last few years. The World Travel and Tourism Council even declared Montenegro as being one of the world’s fastest-growing tourist destinations last year.

It is logical that the tech industry, which largely relies on start-up solutions, seeks the support of communications professionals less, and also due to a lack of budgets, just as it is logical that industries that are growing can never reach the level of investment of leaders in advertising, such as telecommunication companies or FMCG giants. As professionals, in the scope of our services, we certainly treat every industry as being equally important. New industries bring new professional challenges, for which we are always ready.

The media is changing, and the time spent using the media is extending. This was also shown by the statistics of company Nielsen for...
Read more

Brexit, European Parliament elections and a new set-up of the European Commission, as well as the emergence of new players on the market and...
Read more

We are Mobility Partner of Choice

Arriva, one of the biggest transport companies in Europe, provides transport services of the highest quality in 14 European countries, and in Serbia has...
Read more