MK Group and the pearl of its tourist division, Hotel Kempinski Palace Portorož, became partners of the biggest world regatta Barcolana, which brings together the best glider pilots of the world.

On the second week of October, this race will bring together more than 2.000 gliders, as well as 25.000 participants, who will glide on Tršćanski bay.

Besides the sponsorship of the main race and awards for the best glider pilots, Hotel Kempinski Palace Portorož is this years’ main sponsor of rally regatta “Go to Barcolana from Slovenia”, which starts on Saturday, on October the 13th. 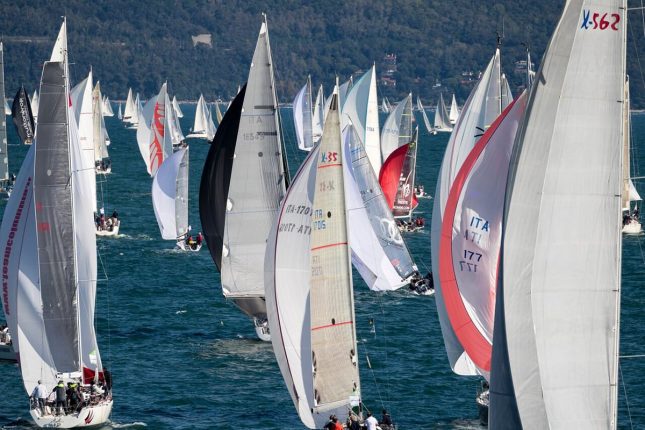 Nikola Avram, the director of the group of hotels, which works as a part of MK Group, said that the decision of the company to support Barcolana, the biggest regatta in the world, and Slovenian rally regatta “Go to Barcolana from Slovenia”, wasn’t difficult. He added that the main goal was to secure this rally regatta to start from Portorož and maybe that was a little bit harder task.

„Our strategic choice is to support sports activities, as well as the activities of the local community, in order to promote tourism. Our company is known as the carrier of local communities growth, in which it invests. It is not the first time that the destination in which we invest becomes a synonym of successful tourism because our goal is not to create just a successful hotel, but the successful destination. Because of that, as one of leading hotel companies in the region, we want to give an active contribution to the development of Slovenian tourism, and to develop Portorož in one of the most prestigious tourist summer destinations on the Adriatic Sea”, said Nikola Avram. He said that MK Group wants to keep a leading position in the region and to develop hotel business at the most attractive locations on the Adriatic coast and region in synergy with other parts of MK Group.

The division of tourism presents it within the MK Group for 10 years already. The portfolio includes 15 hotels within 5 hotel groups, and those are, already mentioned, Kempinski Palace Portorož, Kempinski Hotel Adriatic in Savudrija, MK Mountain Resort on Kopaonik, Sheraton in Novi Sad, and minority ownership in Hotel Group of Budva Riviera in Montenegro.

MK Group is this year celebrating the fifth anniversary of the launch of its internal campaign project Family Support, within the scope of which...
Read more

Winners Of The VIRTUS Philanthropy Award 2020

Main Award for the contribution on the national level  MK Group LTD for donations totalling more than 1 million euros, intended for the purchase of...
Read more

In accordance with its strategic commitment, MK Group continues to invest in the sectors of agro, banking and tourism in Southeast Europe and plans...
Read more

The EBRD confirmed its commitment to Serbia in 2018, with investments of €395 million in 18 new projects. Fostering competitiveness of the private sector, supporting...
Read more