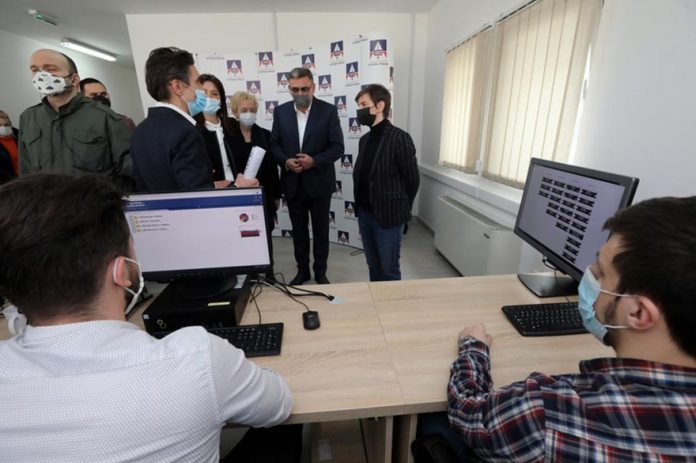 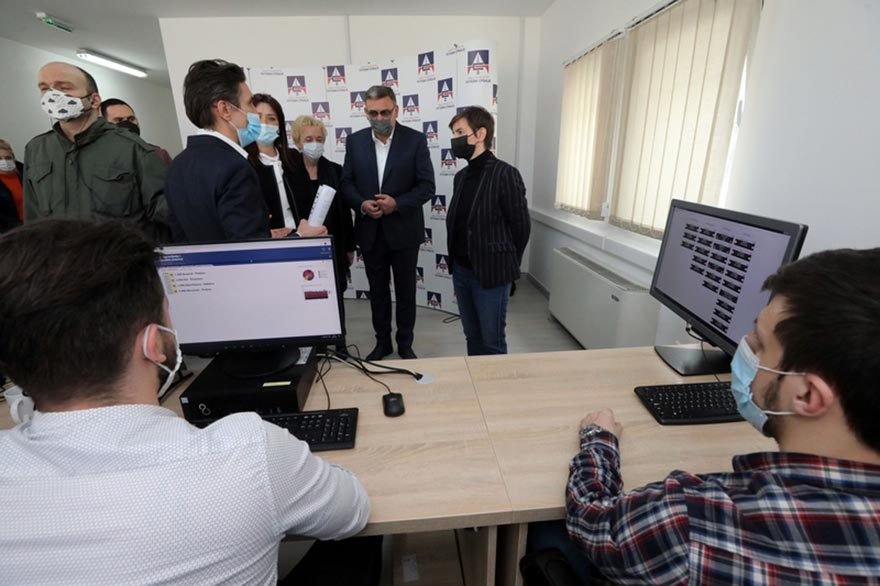 Prime Minister Ana Brnabic expressed her belief that the Centre for Collection and Processing of Traffic Data on Highways in Serbia, which was opened today at the Belgrade toll station in Vrcin, will increase the safety of participants. traffic and contribute to environmental protection.

During the visit to this centre, Brnabic congratulated the public road company Putevi Srbije on the modernisation and digitalisation of traffic monitoring, explaining that the Centre processes all data from surveillance cameras on the highway and toll stations and that it manages all signalisation on highways in Serbia.

She pointed out that the centre will also enable the speed of vehicles to be checked and data on their license plates and the average speed at which they were moving on the highway.

The Prime Minister pointed out that the charger for electric cars, which was also put into operation today at the toll station Belgrade, will contribute to the reduction of air pollution in the country.

We will continue to develop this centre of Putevi Srbije. I expect that this will result in larger revenues into the budget through fines for oversized transport, she stated and added that a large number of trucks are oversized and that they are excessively destroying our roads.

She said that these are mostly trucks from abroad which are in transit and by fining those drivers we will show that the laws are respected here.

Air Serbia will recommence direct flights on the Belgrade-Rome route on 30 April. The flights between the Serbian and Italian capitals will be operated...
Read more

Population Census In October This Year

The government adopted the Bill on Amendments to the Law on the Census of Population, Households and Dwellings in 2021. Due to the epidemiological...
Read more

The new production facility for specialized fertilizers of the company Fertico, which started its test run in mid-February, officially opened today in Indjija. The investment is...
Read more
Cord MagazineLeaders Meeting Point