The food industry, with a strong emphasis on organic products, digital technology and digital innovation, renewable energy and the energy efficiency industry are sectors in which we have optimal preconditions to do an excellent job together, to the mutual benefit of our two economies

The strong strategic partnership between Italy and Serbia stimulates economic cooperation and an Italian presence in the Serbian economy.

The Italian Trade Agency – ITA contributes strongly to that cause itself, says ITA Director Marina Scognamiglio.

What do the figures for 2018 say about economic cooperation between Italy and Serbia?

– For decades, Italy and Serbia have been the most important economic partners. Not surprisingly, Italy, along with Germany, has been a pillar of Serbia’s foreign trade exchange, given the intrinsic predisposition towards cooperation between the two countries, such as the proximity of their territories, the compatibility of their economies, their long-term historical and cultural relations, as well as the similarity in the mentalities of their peoples.

Italian exports to Serbia mostly represent vehicles, textiles, general purpose machinery, leather and specialised manufacturing machinery, whereas on the Serbian side the first item on the list of exports to Italy to also vehicles, followed by clothing, steel and ferrous metals, footwear and non-ferrous metals.

In line with the growth prospects of our countries, especially Serbia’s, which saw GDP growth rates reaching a level of 4.4% in 2018, this trend of increasing foreign trade volumes between our countries is expected to continue its growth trajectory in 2019.

How many Italian companies operate in Serbia today and what trends are you observing in the numbers of new companies and new sectors represented?

– According to official data, there are around 600 Italian companies operating in Serbia, employing more than 25,000 workers. Italian companies have so far invested mostly in the financial sector and the textiles, automotive, furniture and wood processing industries. 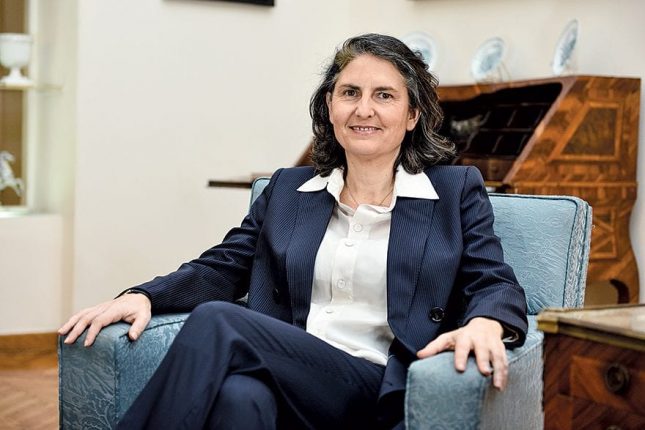 However, as the Italian economy transforms in Italy, its investments abroad follow this trend.

For example, Italian investors have expanded their focus on sectors that show the greatest potential in the medium term. Here I’m primarily referring to the food industry, with a strong emphasis on organic products, digital technology and digital innovation, renewable energy and the energy efficiency industry.

These are also sectors that the current Serbian government is paying particular attention to, so I believe that we have optimal preconditions to do an excellent job together, to the mutual benefit of our two economies.

How important is the strategic partnership between the two countries as an accelerator of economic links?

-A strategic partnership usually refers to the building of a longterm relationship by deepening ties and promoting congruence on issues of mutual interest to two countries. Considering that our historical, cultural, political and trade relations are already deeply rooted, we need only proceed in the same direction.

Apart from being the top foreign investor in Serbia, the number two commercial partner and the first country of import for Serbian products, Italy has never failed to give its full support to the European integration of Serbia.

How is the Italian Trade Agency in Belgrade contributing to this cooperation?

– The Italian Trade Agency is a governmental agency that supports the development of Italian companies abroad. With a widespread network of about 80 overseas offices, the ITA provides information, assistance, consulting, promotion and training to Italian and foreign SMEs.

When it comes to our office in Belgrade, a large part of the economic cooperation begins during our tailored meetings between businesspeople from Italy and Serbia. These meetings are sometimes organised at trade fairs, in both Italy and Serbia, but also on the occasion of specific sector-based workshops, product and territorial presentations and, most importantly, business matchmaking. 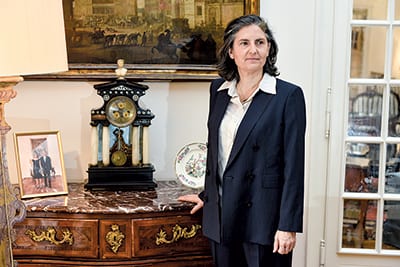 Over the last ten years, the number of these cooperation initiatives has increased significantly, and there is no major Italian fair of importance to the development of economic cooperation between Italian and Serbian companies that haven’t been attended by delegations of Serbian businesspeople, thanks to the combined efforts of our office in Belgrade and our headquarters in Rome.

This is one of the ways in which the “Made in Italy” quality is promoted, and certainly one of the most effective ways of increasing trade links between our two countries.

How do reforms in Serbia, as well as the EU accession process, impact on interest among Italian companies and their presence in Serbia?

– An investment in Serbia, as the leader in the Western Balkans, is an investment in Europe. Investments will increase further if economic governance is strengthened and structural reforms pursued to increase competitiveness.

The Italian Trade Agency, together with other Italian institutions and organisations in Serbia, gathered under the common name “Sistema Italia”, are strongly committed to supporting this goal and enhancing growth and job creation, particularly for the youth.

We are together striving to bring to the attention of decision-makers the fact that, in order to be more efficient on the gradual integration of our economies within the framework of the European Single Market, we need to rely on increased funding in the fields of transport and energy, the social sector, the environment and private sector development, including the digital economy.

What is the current level of Italian FDI and which sectors are covered?

– Since the opening of the Serbian market in the early 2000s, Italy was among the first and largest investors in the country. According to the official statistics of the National Bank of Serbia, Italy invested 144.1 million euros in Serbia during the first nine months of last year, and we were the fourth largest investor country in 2018, after the Netherlands, Luxembourg and Germany. 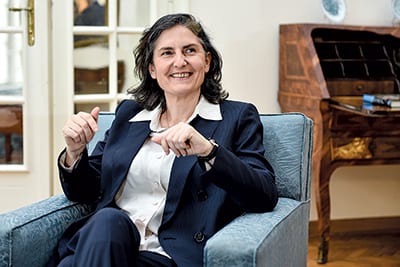 Italy has always believed strongly in the potential of this country, even when companies were unable to operate profitably. This has allowed Italian companies to expand their presence in many areas, including major investment sectors like the automotive industry and financial and insurance companies, which have attracted and supported further investments.

The arrival of numerous SMEs, which have always been the real driving force behind the Italian production system, has consolidated the position of Italians as leaders among foreign investors. Italy is proud to have excellence in Serbia’s textiles, footwear, metalworking, agribusiness and construction sectors.

The food sector is among Italy’s most important industrial branches. How much do Italian Companies export to Serbia and how many of them attend the Novi Sad Agriculture Fair?

Italy occupies the number one spot as the country of origin when it comes to imports of olive oil and pasta, and is the first among EU countries for wine imported to Serbia. In the milk and dairy products sector, Italy is the second largest supplier in Serbia, after the Netherlands.

Among the Italian food products consumed in Serbia, we should also mention the meat processing industry’s products, as well as the bakery and confectionery industry. Italy’s excellence in the agricultural and food sector brings together more than 6,000 active companies, with a total annual income of 180 billion euros, and they are always interested in sharing their experience in Serbia, which has significant potential in the agribusiness sector.

Here we need to mention one of our most successful business matchmaking events – the Italian collective exhibition at the International Agricultural Fair in Novi Sad. Specifically, as has been the case over the last seven years, the Italian Trade Agency – Office in Belgrade will organise and provide institutional support to the collective participation of Italian companies dealing in the agribusiness and agricultural machinery sectors at the 86th edition of the International Agricultural Fair in Novi Sad, to be held from 11th to 17th May 2019.

Our collective stand will this year gather together 30 Italian exhibitors who will provide a review of the market of agricultural machinery, equipment and breakthrough food technology solutions. As in previous editions of this fair, our stand will also be a place for business meetings between Italian manufacturers from the agri-food industry and local and international partners.

This idea is facilitated by B2B sessions with more than 50 sector-based professionals, importers and distributors from neighbouring countries, selected by our offices in the region.

Particular interesting is the specific seminar on innovation in agriculture, which will be organised in cooperation between Serbian government institutions and their Italian counterparts.

Italian expertise is based on a wide range of certified products and high quality, as well as direct links to production territories and cultural heritage, high food safety standards, and the ability to combine tradition with process and product innovations.

This is very important for Serbian businesses, which could take advantage of Italian experience in order to gain the know-how necessary for growth.

Giuseppe Conte, Italy's Prime Minister described the Venice flooding as "a blow to the heart of our country". State of emergency was declared in Venice,...
Read more
Events

The Fourth Edition of the Week of Italian Cuisine in the World will take place in Serbia from 18 to 24 November and is...
Read more
Video

The Fourth Edition of the Week of Italian Cuisine in the World will take place in Serbia from 18 to 24 November and is...
Read more
Video

Confindustria Serbia hosted a Welcome Back Cocktail Party at the Crystal Hotel in Belgrade.  The event aimed to bring Confindustria's members, friends and partners together...
Read more
World

Over the past two days, Biarritz, France has hosted the G7 Summit. Initially a meeting behind closed doors for seven Heads of State and...
Read more