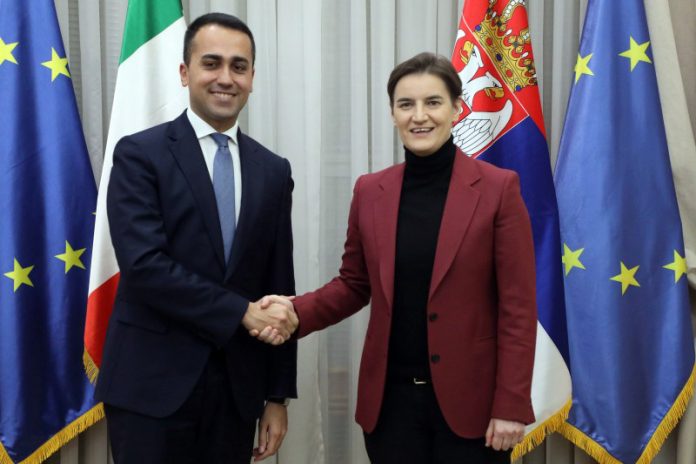 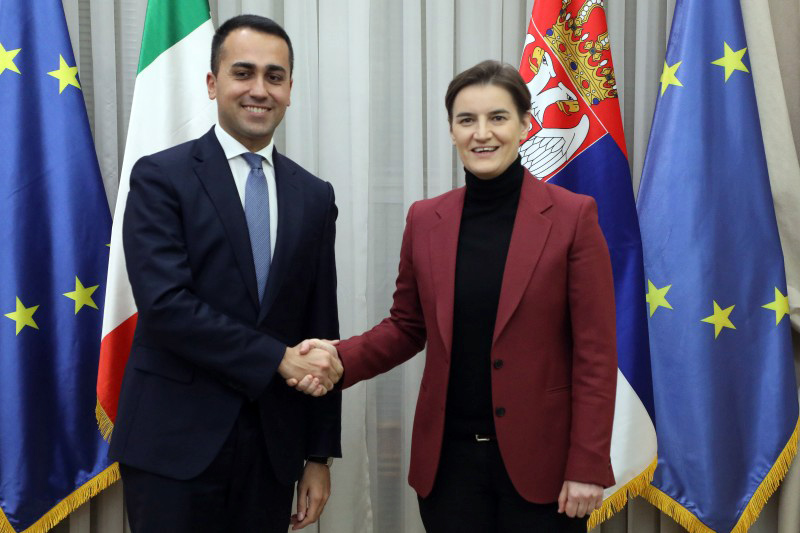 Prime Minister Ana Brnabic expresses her gratitude to Italian Minister of Foreign Affairs Luigi Di Maio for his continued support for Serbia’s European integration and for his continued commitment to the enlargement agenda within the European Union.

Brnabic said that the fact that Italian companies employ 26,000 workers in Serbia testifies that Italy is one of our largest investors and most important economic partners, expressing confidence that this cooperation will be even stronger in the future. 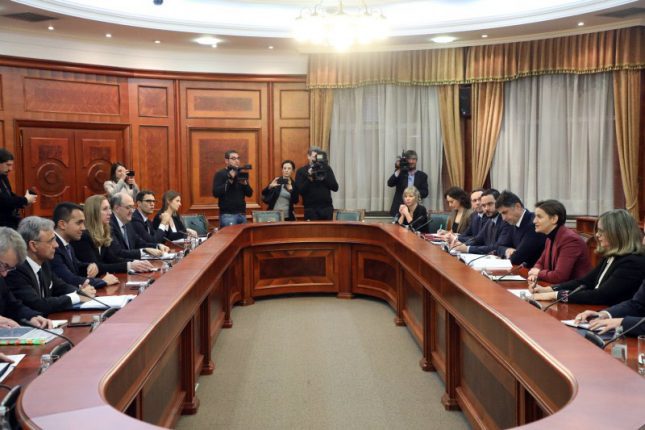 The Prime Minister said that she expects the fourth joint session of the two governments to be held soon, at which cooperation on innovation and start-up entrepreneurship, science and research could be discussed.

The head of Italian diplomacy said that there is a special connection between the two countries and peoples and that, therefore, Italy’s support on many issues is a strategic partnership of our countries is natural.

He emphasised that we are in a period marked by ten years of strategic partnership, praising Serbia’s remarkable progress in reform processes, especially in the area of ​​economy, as evidenced by Italian investors working in our market.

The Minister said that Italy supports Serbia’s European path, both because of the results achieved in the reforms implemented and the fact that Serbia is an important factor of stability in the Western Balkans region.

According to Di Maio, the emphasis in the future period should be placed precisely on investments in our region in innovation, digitisation, new technologies and young people engaged in this field.

The Prime Minister and the Minister of Foreign Affairs of Italy also discussed the possibility of holding an economic forum that would include cooperation in the field of innovation.

The Italian Foreign Minister conveyed his country’s support for the continuation of the Belgrade-Pristina dialogue and assessed that greater EU support and mediation was needed in finding a solution.

Brnabic expressed her gratitude to Italy for the presence of soldiers of that country in the KFOR Mission, which is of great importance for the safety and security of Serbs and all citizens living in Kosovo-Metohija, as well as for the preservation of our religious sites.