Dejan Turk, Vice President Substitute of the Foreign Investors Council and CEO of Vip mobile and A1 Slovenia

Strong Commitment to Reforms a Must

In the period ahead, Serbia will need to implement a wide-ranging set of structural and economic reforms that call for strong political consensus and public support.

Creating a predictable, business-friendly environment will be one of key factors that will influence Serbian economy’s prospects following the pandemic, says Dejan Turk, Vice President Substitute of the Foreign Investors Council and CEO of Vip mobile and A1 Slovenia.

The International Monetary Fund (IMF) issued a warning, at the end of June this year, that the world’s economy would face a greater contraction than previously predicted due to the Coronavirus pandemic – contracting by 4.9% this year, compared to the three per cent fall projected in April, while the global labour market is threatened by the loss of over 300 million jobs. However, one thing that’s special about this crisis is that the system of “the rich get even richer” will lose strength. Some poorer countries may become even poorer, but – according to our interlocutor – it is first and foremost the global economic players that will face a major recession.

“So certain consequences will definitely also be felt in Serbia”. However, unlike in Italy and the U.S., many industries in Serbia, such as construction and manufacturing, did not stop operating, which provides a positive impetus to retaining the growth of recent times, says Turk.

“On the other hand, during times of global crisis, an economic model that assumes huge investment inflows to ensure growth is questionable. Instead of expecting some huge amounts of investments to arrive from somewhere, the authorities should motivate local small and medium-sized companies to confirm their undeniable ability and creativity. And in order to do that they need to create a predictable, business-friendly environment with less bureaucracy, so that local businesses can develop and grow.”

What do you consider as the most appropriate steps taken by the Serbian Government during the crisis, and what lessons can be learned from that experience going forward?

– The 5.1-billion-euro programme of economic measures to support the Serbian economy was a good move that succeeded, during the first wave of the epidemic, in contributing to the preservation of many micro, small and medium-sized enterprises, which are – as a rule – among the first to suffer in a crisis. Paying freelance traders three minimum wages per employee was one of the state’s rare moves in the last few years aimed at preserving jobs in our country, and not aimed directly at the market. This tells us that our companies understand the crucial importance of preserving jobs and that we are close to understanding that our staff are the most important resource in the economic chain.

Many believe that COVID-19 did more for the digitalisation of companies in Serbia than everything the state has done. What do you consider as the key condition for supporting and expanding the pace of digitalisation?

– When it comes to the State’s moves in previous years, the new Trade Law and amendments to the Law on e-Commerce were positive signs of the further development of e-commerce, as they recognised electronic stores, the electronic platform and drop shipping. An electronic document now holds the same weight as a written document, although some resistance is still present in practise. An instant payment system operated by the National Bank of Serbia started functioning and banks have also enabled the instant payment option on their digital channels. Although there is a need for further progress – like the usage of digital identities, an improvement of electronic payments, the acceleration of cooperation between the public and private sectors to exchange knowhow, industry experience and customer insights – our experience during this period has shown that our society was essentially ready to transfer much of its activity to digital platforms. 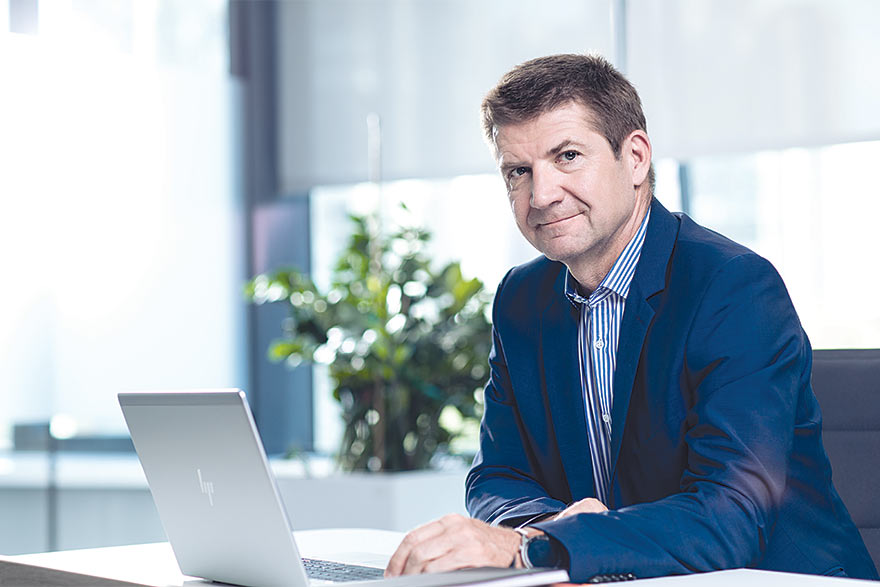 It is also completely natural for such an environment, which we’ve already named the “new normal”, to accelerate the demand for many services, and telecommunications, as one of the most dynamic industries, had the task of responding to that. The fact is that, throughout history, technology has developed the most during wars and major crises, so I believe that in a few years we will talk about the Coronavirus pandemic as a turning point in establishing new trends in digitalisation.

When it comes to reforms, you single out the best and worst performers each year. In which areas should we advance the most if we want to seize the opportunity to improve the business climate?

– Our conclusion is that, between two editions of the White Book, Serbia continued steady but moderate progress on improving its business climate. Conditions have improved both in terms of consistent macroeconomic stability and the moderate upgrading of the regulatory framework for business. However, Serbia needs accelerated reforms in order to catch up with developed markets, including those in the EU, which Serbia wants to join. There is still a need for improvement in areas that the FIC sees as priorities, such as digitalisation, anti-illicit trade, bankruptcy and pharmaceuticals, which have been marked by moderate progress, real-estate and tax, where some progress has been recorded, and labour, Forex and food safety, which lack progress.

The pandemic saw the EU accession process temporarily placed on the back burner. From a business perspective, what should be done to restore the focus on EU accession prospects?

– Present inputs indicate that Serbia has not returned to that road during the recent months of the global pandemic, but at this moment it does seem that the answer to that question lies in the European Union’s readiness to accept new member states, while many member states have been impacted considerably by the Coronavirus pandemic. Our experience with other countries shows that heavily regulated fields, such as agriculture, always require a lot of effort. Serbia will also face new challenges in the negotiation process, like the newly introduced macroeconomic surveillance mechanism. Serbia also will have to respond to two main economic criteria: that it becomes a functioning market economy; and that it has the capacity to cope with competition and market forces within the EU. In this regard, Serbia will need to implement a wide-ranging set of structural and economic reforms that call for strong political consensus and public support.

How agile did the FIC prove to be during the COVID-19 pandemic, both internally, with members, and in terms of relaying its standpoints publicly?

– In showing exceptional readiness, expertise and dedication to respond to the needs of the community in which they operate, FIC members once again justified the trust placed in them. I think that, during this period, the FIC has successfully implemented its mission to actively promote the development of a competitive and sustainable business environment through dialogue with government institutions and other stakeholders. Besides this, we believe that we have supported corporate entities during moments that were crucial for the preserving of their business and business ethics.