Serbia Second Country in Europe with a State Oracle Cloud

State Oracle Cloud – a modern and secure e-government platform for providing efficient services to citizens, businesses and the state, and protecting data privacy.

The Office for Information Technology and e-Government of the Government of the Republic of Serbia and Oracle have signed through their certified partners a state contract on the purchase of hardware and licenses that will enable the state administration to integrate, centralize and consolidate databases and software products on which some of the most important records in Serbia are based: register of citizens, ID cards, addresses, system for integration and exchange of data among state bodies and many others. Centralization of the most important state IT systems is enabled thanks to a state-of-the-art IT system – the State Oracle Cloud system, a modern and secure platform for the development of public administration as an efficient service for citizens and businesses alike.

Thanks to this, Serbia has become the first country in Central and Eastern Europe, and the second in Europe after the UK, which has established the State Oracle Cloud infrastructure. 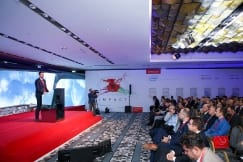 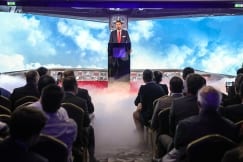 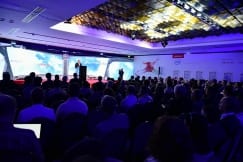 This first state agreement with Oracle has ensured the best prices for all state authorities using this IT solution, compared to previous individual purchases. This has resulted in considerable savings in the budget. With this agreement, the state will save about €2 million through centralized hardware, licensing and service procurement. Besides this, by introducing the State Oracle Cloud Centre, additional benefits will be gained through reducing maintenance, management and data migration costs.

Some of the applications of the State Oracle Cloud System are the establishment of a central information system of 145 local tax administrations, the optimization and reform of the IT systems of units in the Ministry of Finance: Treasury, Tax Administration, Money Laundering Administration and the Central Registry of Mandatory Social Security, and the reform of the registration in the real estate cadastre and cadastre of underground installations through the introduction of eKatastar.

“Creating the State Oracle Cloud allows full privacy of citizens’ data”, says Mihailo Jovanović, PhD, Director of the IT and eGovernment Office. “No data can leak from the State Data Centre of the Office for IT and eGovernment. With this investment, the state has obtained a system that can be managed more easily and that guarantees security. Centralization also results in savings in the budget of about €2 million for the use of IT infrastructure – hardware, licenses and services”.

“It is well known that Serbian IT experts are highly appreciated all over the world”, says Vladimir Knežević, General Manager of Oracle Srbija Crna Gora Ltd. “We believe that with these concrete actions the Government of the Republic of Serbia has shown a clear initiative and made specific steps towards digitalization and standardization of the state administration. By choosing modern, world-renowned technologies, the Office for IT and eGovernment is taking a leading position in the region, a place that belongs to it, and enables our IT professionals to work on state-of-the-art systems, which will enable the state to provide better conditions for all its citizens in the long run, and at the same time reduce the outflow of experts.”