85 years ago, on 9th August 1937, the oldest living American alligator in the world arrived at the Belgrade...
Read more
4 July 2019
Facebook
Twitter
Email

The six-month rotation of the Presidency of the Council of the European Union may set specific priorities, but they are all within the broader EU strategy that will not change much, it was concluded at the debate “The distance is (not) important” organised by the Center for European Policies, held in EU info centre. Participants also estimated that enlargement remains an important topic, but also that it is a great responsibility for candidate countries to meet the set goals.

Earlier this year, the European Council approved the agenda for the next 5 years, which contains macroelements for handling in the coming period, notes the head of the EU Delegation to Serbia, Ambassador H.E. Sam Fabrizi.

“This is a short, two pages document, but it directs how the Union will lead a policy. It highlights 4 main priorities: Citizens’ protection and freedom, economic growth and sustainable development, tackling climate change and strengthening Europe on the global scene,” Ambassador Fabrizi explains.

He is positive about the team for the new Commission, which will be proposed to the European Parliament in two weeks, and will be led by current German Defense Minister Ursula von der Leyen.

H.E. Oana Kristina Popa, Ambassador of Romania, who completed the semester of the European Council’s leadership, said that the country’s priority was to build cohesion and promote unity while singling out the organization’s summit in Sibiu as the greatest success. We also led legislative initiatives, but I do not agree that this only applies to member states, but it is also important for those in the enlargement process, so we took into account the views of the Western Balkans region, she said.

Related: Ambassador Lahdevirta marks the start of Finland’s Presidency of the EU Council

“Progress in the enlargement process should not be seen only through figures. We organized numerous activities involving people from the region. Nevertheless, the expansion of the demand and the involvement of candidate countries has no time to slow down reforms while they are looking at internal processes in the Union because the requirements remain the same,” says Ambassador Popa.

Finland has now taken over the Presidency. Ambassador of Finland in Belgrade H.E. Kimmo Lahdevirta says that his country is positively oriented towards enlargement because it realizes that this is a positive trend that provides peace and stability.

“Finland will do everything it can to achieve results, and the prospect of enlargement remains realistic for the region of the Western Balkans. The May report of the European Commission was very clear regarding the demands that are before Serbia. The issues of the rule of law, the independence of the courts and the freedom of the media are fundamental. I hope that progress in the economic sector will flow to others too,” said the Ambassador of Finland. 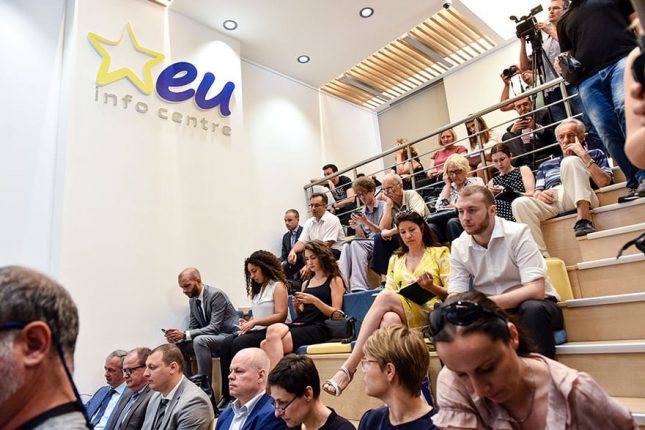 Tanja Miščević, head of Serbia’s EU Accession Negotiating Team, thanked Romania for everything that was done in the first half of the year.

“For Serbia, it is crucial that the country presiding over the European Council conducts technical teams dealing with areas, among others, with enlargement. Soon we will send a negotiating position for Chapter 27, a comprehensive document and over 1500 pages,” Miscevic notes.

Finland and Sweden are backed by the U.S. Senate for their accession to NATO, the 30-member alliance. This would be the most significant expansion of...
Read more