Business forum Sweden in Serbia – Investments and Cooperation for the Future

There are great opportunities for the further improvement of the business cooperation between Serbia and Sweden, especially in the field of agriculture in which Serbia has enormous potential, which has only been partly used so far. This was the conclusion of the business forum “Sweden in Serbia – Investments and Cooperation for the Future” organised by the Embassy of Sweden and Serbian Chamber of Commerce on the occasion of marking the National Day of Sweden and development projects implemented in Serbia by the Swedish International Development Cooperation Agency (SIDA).

With the presence of more than 80 businesspeople and representatives of Swedish companies that successfully operate in Serbia, whose products are used daily, the forum highlighted examples of good business cooperation between Sweden and Serbia and presented new business opportunities with Sweden. 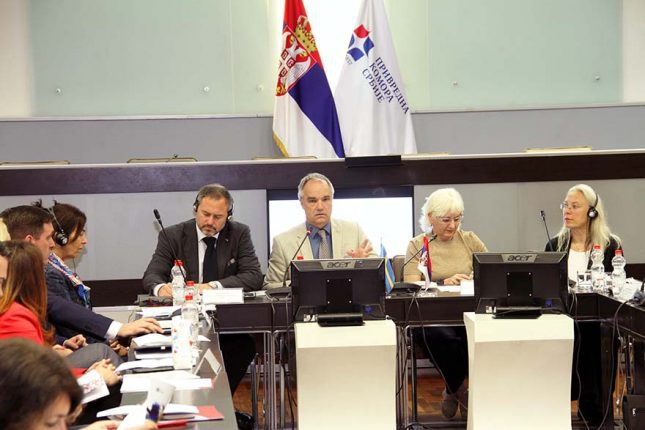 “When agriculture enters the European Union, a lot of things are changing – there will be free markets within the EU, but also a completely different system of subsidies, different prices and rules,” said Ambassador of Sweden H.E. Jan Lundin and pointed out that every other raspberry sold in Sweden originates from Serbia.

Guest of the business forum “Sweden in Serbia – Investments and Cooperation for the Future” was also Katarina Gilblad, founder of Agronomic Scandinavia AB and Swedish government advisers in the field of agriculture and problems with determining the purchase prices of agricultural products. She warned that major changes arose after the country entered the European Union and pointed to the importance of fair prices. 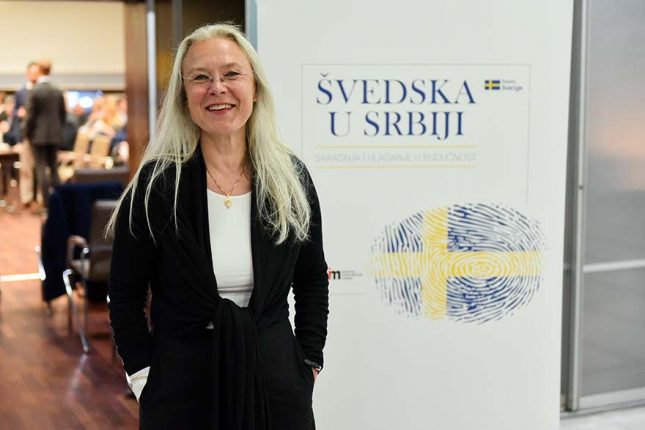 “Before entering the EU, Sweden had fixed prices that the state negotiated with the farmers’ unions. It was easy to calculate the costs and how much they earned. By joining the European Union, everything has changed, now it is the only aid to the subsidy farmers per hectare of land. After entering the EU, many big pig farms have been closed, because prices have not been adjusted to import prices,” she said. 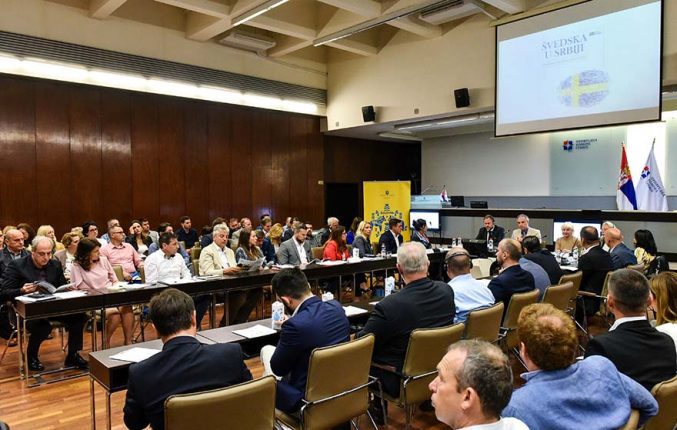 Speaking of the importance of establishing fair prices, Gilblad quoted wheat as a positive example. “It’s a stock price that everyone knows at any time. There are price statistics for wheat being done once a week and farmers have an insight into prices in each country. For potatoes, this statistics is done once a year, which is not good and that’s why potatoes do not have a fair price,” she said, adding that there is a global trend to eject fossil fuels and that farmers should think about producing not only food but also biomass and biofuels.

Ambassador Lundin said that Sweden sees a great opportunity for good cooperation with Serbia and in the field of environment. “Where problems are, we see the opportunity to help and to cooperate,” said Ambassador Jan Lundin.

Easy recipe for Swedish Hasselback Potatoes. These potatoes are very popular in the Nordic kitchen and is a great side dish for a lot...
Read more

Thanks to joint Serbian, EU and Swedish efforts, Serbia’s national objectives and standards are being aligned with those expected across most of Europe. Sweden...
Read more