The ministries of Labour, Agriculture and Finance will elaborate it together, with crucial support from NALED and German Development Cooperation through the project Improving Conditions for the Employment of Seasonal Labour. This was announced at a government press conference at which a Memorandum of Understanding for implementing the project was signed.

“On the model of advanced EU countries, we want to develop a procedure that will bring 80-100,000 workers into legal employment”, said Branislav Nedimović, Minister of Agriculture. “For the state, there will be extra tax revenue and records of seasonal workers, and for employers a tool that will enable them to fulfil their legal obligations.”

Minister of Labour Zoran Đorđević, said that there will be the effective inspection of respect for this law, as the electronic system of the so-called on-the-spot mobile inspector will enable checking registration data in the database of the Central Register of Obligatory Social Insurance. “What’s more, if we can make seasonal workers aware that unregistered work is bad not only for the state but also for them personally, we will succeed in getting them to insist on being registered”, said Đorđević.

The new regulation will provide an effective registration procedure. Employers will engage seasonal workers by registering their and the company’s data on a portal or by telephone, without the need to sign formal contracts. The Ministry of Agriculture and NALED have proposed that a fixed daily amount of at most 300 dinars is paid in tax and contributions, which is 30% less than in the current model.

“As in the case of electronic building permits, NALED and GIZ will together provide EUR 400,000 of donor funds to produce software for registering seasonal workers, training inspectors and officials in the ministries and making the first season’s registers”, said Aleksandar Ružević, President of NALED’s managing board. “This software will also be handed over to the Serbian government.”

The project Improving Conditions for the Employment of Seasonal Labour is financed by funds from the German Federal Ministry for Economic Cooperation and Development (BMZ).

“We are pleased that the German government is taking part in this project, which will affect a large number of people, especially from the most vulnerable layer of the population, who will be included in the system of social insurance”, said H.E. Axel Dittmann, German ambassador to Serbia. “This model has already been applied in many countries and we are happy to have been of assistance in bringing it to Serbia as it will have positive effects in many ways.” 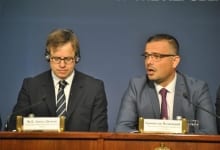 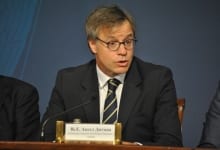 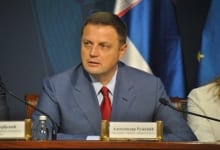 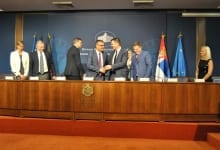 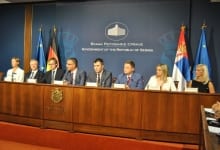 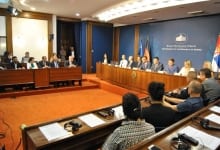 The Echo of the Berlin Wall