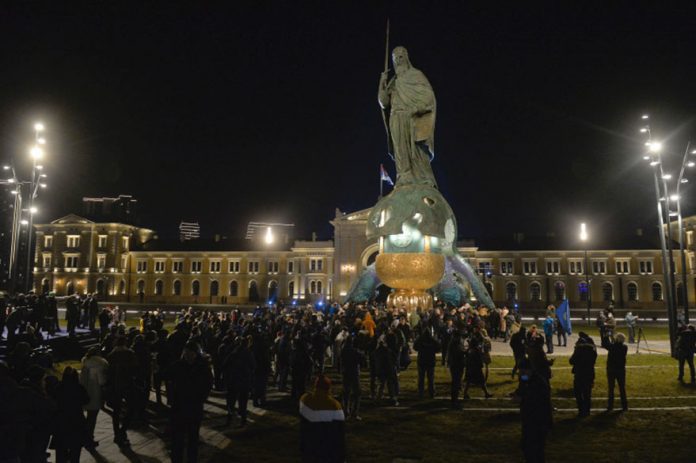 A Monument To Stefan Nemanja Unveiled On Sava Square 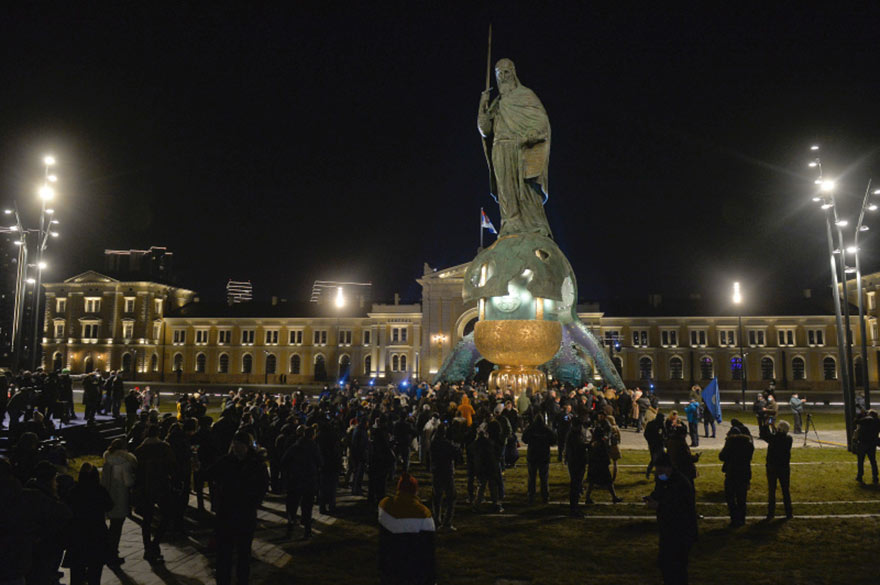 The solemn ceremony of unveiling the monument to one of the most important Serbian rulers, the founder of the medieval Serbian state, the great prefect Stefan Nemanja, was held on Sava Square in Belgrade.

The ceremony, which began with the intonation of the Serbian anthem, was attended by President of the Republic of Serbia Aleksandar Vucic, Prime Minister Ana Brnabic, ministers in the Serbian government, Serbian Parliament Chair Ivica Dacic and Serbian member of the Presidency of Bosnia and Herzegovina Milorad Dodik.

On that occasion, Vucic pointed out that today’s ceremony is not just an act of unveiling the monument, but an act of taking care of oneself and one’s identity.

To stand here means repentance for all the years during which we forgot about him, but also the awareness that we have finally discovered the root from Serbia was created, stated Vucic.

He emphasised that the monument is primarily a story about us, who we were, where we were, what we did and most of all what we are today and what we want to be, noting that, as Stefan Nemanja built endowments, we must build them today, aware that our present is the endowment of our future.

The President of the Republic said that in the previous period we tried to raise Serbia from the ashes, to renew and build railways, roads, hospitals, schools, but also to try to restore faith in ourselves, in the possibilities and strength of the Serbian state.

“Tonight, I am especially happy, because here, where we stand, there is a temple dedicated to Nemanja’s third son, the great Saint Sava. As we are unveiling the monument today, we managed to build and paint a mosaic in the largest Orthodox church in a short time. That is how we will renew Hilandar”, Vucic said.

According to him, we managed the most important thing – to recover the country economically, to defend it nationally, to return and elevate spiritually.

He pointed out that the great prefect is holding a sword and the Hiladnar Charter in his hands, reminding that we were a tribe until Stefan Nemanja, and from him until today a nation-building people.

After the ceremony, bells rang from all Belgrade churches, and the monument was solemnly lit.

The monument to Stefan Nemanja was made in bronze and is a work of the Russian sculptor Alexander Rukavishnikov.

The continuation of the fight against the COVID 19 pandemic, the challenges of the mass vaccination process, the dynamics of accession negotiations between Serbia...
Read more
Cord MagazineLeaders Meeting Point