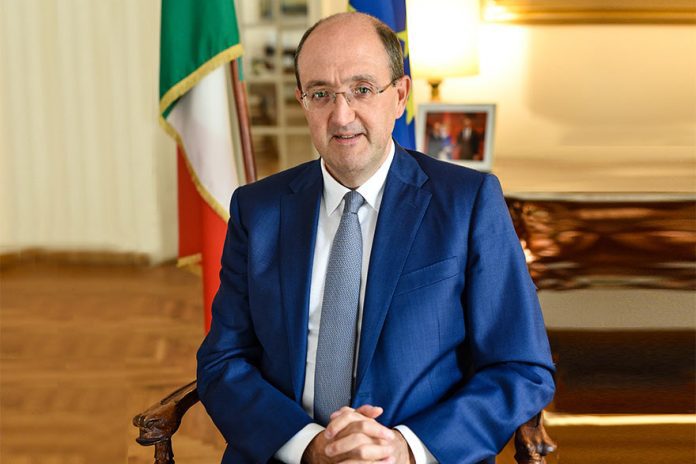 As the first country in Europe to be hit – and very hard – by the virus, Italy implemented a set of measures in a way that, we can say, it was possibly useful also as an example for many other countries, in Europe and beyond, that unfortunately were also severely affected by the crisis

In the beginning, it was not easy at all, because we found ourselves faced with a lethal, invisible and unknown enemy. Main hotspots, in Lombardia and Veneto Regions, were immediately isolated and containment measures were implemented, as well as several precautious provisions were introduced.

Then the Government opted for severe, probably unpopular, but necessary measures to combat COVID19 and took a stricter path. Restriction to the whole national circulation, which has been – and are still – necessary to contain the infection and safeguard everyone’s health, were introduced. Habits, daily life – in all its even simpler expressions – and also the way of studying and working have radically changed. School buildings were closed, for example, with a switch to online courses at all levels; all jobs, where possible, were turned into “smatworking” modality, and all unnecessary activities were temporarily closed. Physical attendance in offices and in many companies has been therefore significantly reduced, but not all, however, since some categories – the fundamental ones – continued to operate for the whole time.

World Health Organization praised from the beginning of the crisis Italy’s action, in an unprecedented time of change. Thousands of men and women – doctors, nurses, researchers – were (and continue to be) every day “in a battle” to save lives, working with the greatest possible commitment and sacrificing themselves for the others. Italians themselves have shown a sense of responsibility by accepting the numerous restrictions, in a completely new reality that we are all getting used to, as here in Serbia when we began to increasingly experiment the importance of staying at home and of reducing contacts with the world outside.

Everyone clearly understands now that the “coronavirus” emergency represents a huge challenge, which affects everyone. The first lesson learned: divisions are not needed, cohesion and solidarity are the most important assets to fight panic and also selfishness. Therefore, the creation of a solidarity mechanism at European level has become a fundamental priority to deal with the economic consequences of the emergency. About the economic recovery also, the Italian Government recently approved a comprehensive package of financial measures aimed at supporting the recovery of the economic system and which provides, in particular, access at credit facility, liquidity, export, internationalization and investment support.

In the last week, clear signs of a slowdown in the growth of new infections -compared to the previous weeks – seem to have consolidated, as well as a decrease in the number of ICU patients and deceased. Therefore the end of the restrictive measures in Italy, in the way that they are conceived now, is expected on 4 May, with a slow return to “normal”, or better said, to a “new normal”. Although numbers are still painful, we hope that these data are indicative of a definitive trend reversal in the infections, which in short can indicate that the necessary measures undertaken in Italy are really producing positive effects.

Finally, this does not mean that the fight is “over”: while we develop the details of the so-called “phase two”, we still need any possible help, as it demonstrated by generous support that Serbia gave to Italy with an 8 million euros help in sanitary protective measures.

Russia's Sputnik V vaccine against COVID-19 will be produced in Italy from July, the Italian-Russian Chamber of Commerce said Tuesday. Italy will thus become the...
Read more

Mario Draghi has been sworn in as Italy’s new prime minister after forming a national unity government that faces the tough task of marshalling...
Read more