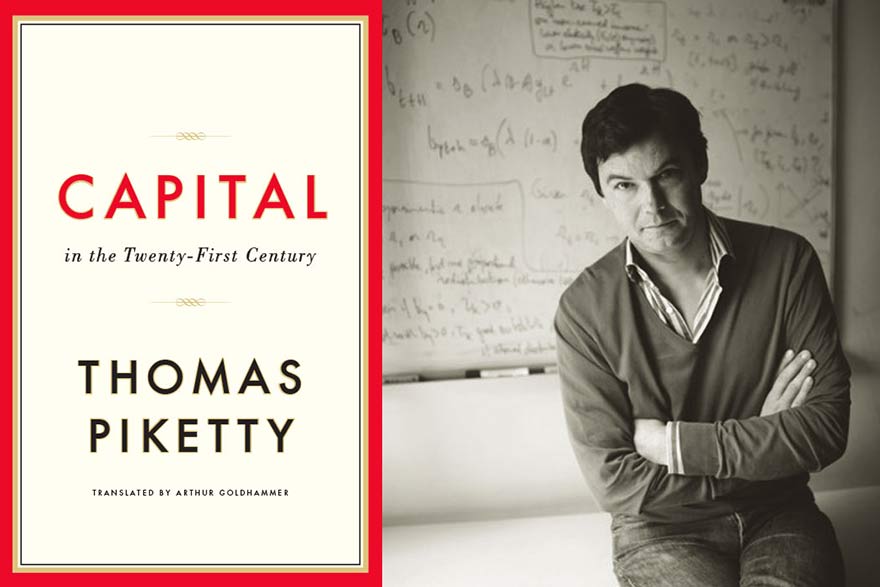 The Post-pandemic Economic Overhaul Will Take More Than Tweaks

In Capital and Ideology (first published in 2019), Thomas Piketty documents the global rise of inequality and critiques ideas that legitimize it. He builds on his bestselling 2013 book Capital in the Twenty-First Century, which spurred a public debate on growing gaps between the haves and have-nots in Europe and the United States.

His latest work is important, especially because — before the pandemic —magazine The Economist had raised doubts about the extent to which inequality has really been rising. But in downplaying the roles of material interests, structures of production and capitalist dynamics, Piketty’s analysis is concerning.

His argument is that societies always try to justify their imbalances and that the prevailing justification rests on shaky foundations. He argues that differences in wages today are often justified by a “meritocratic fairy tale”, in which people believe that the entrepreneurial earn wealth and those living in poverty simply need to work harder. But, of course, Western societies are not meritocratic. As Piketty demonstrates, discrimination is common — based on status, race, gender and religion. In the COVID-19 pandemic, could our obvious dependence on undervalued work in sectors such as nursing, care of children and older people, grocery provision and delivery shift perception of the extent to which these workers deserve the low wages of their jobs, which are often precarious?

Piketty discusses what he sees as the success of the period of social democracy in Europe and the US in the 1950s to the 1970s when the gap between the richest and poorest was narrower. He notes that most people who voted for social-democratic parties between 1950 and 1980 were workers, but that the vote has since shifted to the educated and middle class. Uneducated workers have thereby largely been left behind, paving the way for phenomena such as the election of US President Donald Trump and the United Kingdom’s referendum on leaving the European Union.

Piketty does not recognize the political battle over ideas in academia, although this could help him to explain shifts since the 1970s, including economics departments squeezing out Keynesian and Marxist perspectives. Instead, Piketty simply draws a sharp line between knowledge production and politics. He labels his own empirical work “rational” and “unbiased”, but his policy recommendations “ideological”.

This is problematic. Economists’ perceptions of their own analyses as being free of ideology often hinder open and democratic debate. The behavioural-economics work suggesting that the United Kingdom should not enter lockdown, which might have guided the UK government at the beginning of its COVID‑19 response, is just one example. In that case, a particular way of seeing the economy — as composed of separate individuals responding rationally to incentives — was presented as an objective foundation for an evidence-based policy that legitimized delays in social distancing. Yet such evidence cannot be considered purely objective, and in this case, it contradicted World Health Organization recommendations.

Piketty makes sweeping statements: he sees ideologies as social constructs with lives of their own, independent of what stakeholders stand to gain or lose. For example, he argues that one of the stated justifications for colonialism was the colonizers’ idea of having a “civilizing mission”; this is true, but the prevailing motivation was, without doubt, the vast wealth to be acquired. Clarity here is essential for understanding the generation of massive global injustice. Similarly, Piketty does not provide convincing evidence that, as he claims, inequality in post-colonial countries such as South Africa is driven by ideas legitimizing chasms in opportunity, rather than, for example, the stubborn persistence of racist institutions.

It is ironic that Piketty nods frequently to Karl Marx while simultaneously ignoring key Marxist insights about dynamics such as the profit motive, unequal access to and ability to develop technology, and labour-squeezing cost-cutting. At times, it seems that Piketty simply equates capital with wealth, because he focuses both his analysis and his policy recommendations largely on wealth transfers. For example, rather than interrogating how we as society work, produce and consume, his solutions are biased towards redistribution without changing the core of the system.

This limits his capacity to explain global phenomena. This is clear in his view on the effects of trade liberalization: rather than exploring how the removal of barriers to imports in the 1980s led to a collapse of industry in the global south, Piketty focuses on the loss of income from tariffs. In the same vein, his proposals shy away from discussing the massive rebalancing of global finance and production that is necessary; instead, he focuses on aid transfers to governments and taxation.

His policy proposals don’t challenge our reliance on capitalist growth. Rather, they involve adjustments to the existing order, such as redistribution and the inclusion of employees on company boards. Therefore, the worry articulated in the United Kingdom’s most right-leaning quality newspaper, The Daily Telegraph, that Piketty is back “more dangerous than ever”, because of his vilification of entrepreneurs and billionaires, is in my view unfounded.
Despite its shortcomings, this book does have the potential to start an important debate about how to restructure society in a more egalitarian and ecologically sustainable way.

The charismatic, near-mythological figure of Josip Broz Tito was many things: an inspirational partisan leader and scourge of the Germans during their occupation of...
Read more

The General in His Labyrinth

The General in his Labyrinth is the compelling tale of Simon Bolivar, a hero who has been forgotten and whose power is fading, retracing...
Read more