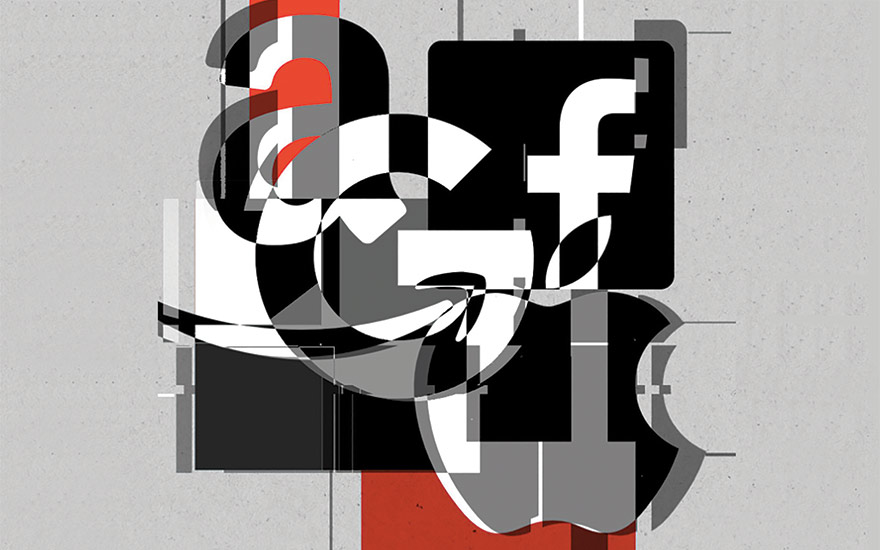 As the economy contracts and many companies struggle to survive, the biggest tech companies are amassing wealth and influence in ways unseen in decades

American tech titans flew high before the coronavirus pandemic, making billions of dollars a year. Now, the upheaval has lifted them to new heights, putting the industry in a position to dominate American business in a way unseen since the days of railroads.

A rally in technology stocks elevated the S&P 500 stock index to a record high on Tuesday even as the pandemic crushes the broader economy. The stocks of Apple, Amazon, Alphabet, Microsoft and Facebook, the five largest publicly traded companies in America, rose 37 percent in the first seven months this year, while all the other stocks in the S&P 500 fell a combined 6 percent, according to Credit Suisse.

Those five companies now constitute 20 percent of the stock market’s total worth, a level not seen from a single industry in at least 70 years. Apple’s stock market value, the highest of the bunch, reached $2 trillion on Wednesday — double what it was just 21 weeks ago.

The tech companies’ dominance of the stock market is propelled by their unprecedented reach into our lives, shaping how we work, communicate, shop and relax. That has only deepened during the pandemic, and as people shop more frequently on Amazon, click on a Google or Facebook ad or pay up for an iPhone, the companies receive a greater share of spending in the economy and earn ever larger profits. This is why investors have flocked to those stocks this year at the expense of the scores of companies struggling in the health crisis, and are betting that their position will be unassailable for years.

“Covid was the perfect positive storm for these guys,” said Thomas Philippon, a professor of finance at New York University. 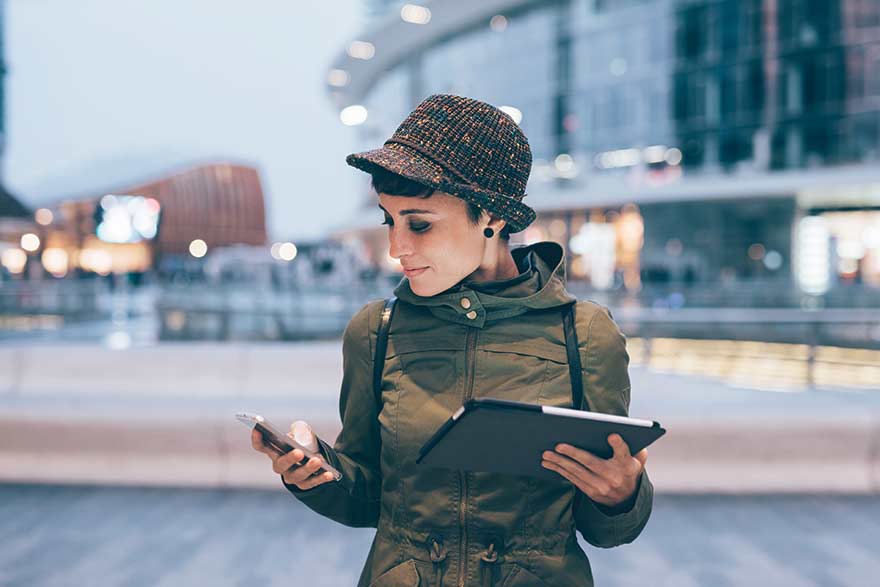 The companies’ deeper encroachment into American lives can be seen in web traffic numbers for Alphabet, Facebook and Amazon, which own the four most visited sites in the country. The traffic on these sites was immense before the pandemic, but daily visits increased sharply in March, when stay-at-home orders began, with Facebook up 15 percent and YouTube 10 percent, according to SimilarWeb, an online data provider.

The web traffic has held steady at the higher plateau, with more than one billion daily visits to the big four sites in the United States alone. And the same pattern is evident worldwide. Facebook reported that the number of daily users of its services globally in June was 12 percent higher than a year earlier.

Amazon’s business, already towering over competitors in e-commerce and cloud computing, has become even more important to businesses and households. Its stock is up over 50 percent from its pre-pandemic high, underscoring just how much investors think it has benefited from the disruption.

Critics say the companies have grown in part because of a range of anticompetitive practices. European regulators are investigating whether Apple’s App Store breaks competition rules. American regulators are looking at whether large tech firms committed antitrust abuses when acquiring other companies. Some antitrust scholars believe the rise of industry-dominating companies has led to stagnant wages and increased inequality. Last month, tech chief executives were grilled by members of the House Judiciary antitrust subcommittee.

“Any single action by one of these companies can affect hundreds of millions of us in profound and lasting ways,” said Representative David Cicilline, a Rhode Island Democrat, in his opening statement at the hearing. “Simply put: They have too much power.”

According to some competition experts, the concentration in some industries is greater today than in the late 1800s, when Congress passed sweeping antitrust legislation to curb the power of the railroads.

Jan Eeckhout, an economics professor at Pompeu Fabra University in Barcelona, Spain, said that in 1929, Sears and A&P accounted for 3 percent of retail sales, a situation that stirred up concern in Congress and helped give rise to additional antitrust laws in 1936.

Today, he said, Walmart and Amazon jointly account for 15 percent of retail sales.

In a recent study, researchers at the RAND Corporation used public filings, other data and statistical inference techniques to model the connections among top companies. Its leading example was Amazon, with its e-commerce marketplace used by thousands of retailers and its cloud computing arm, Amazon Web Services, powering so many online businesses. 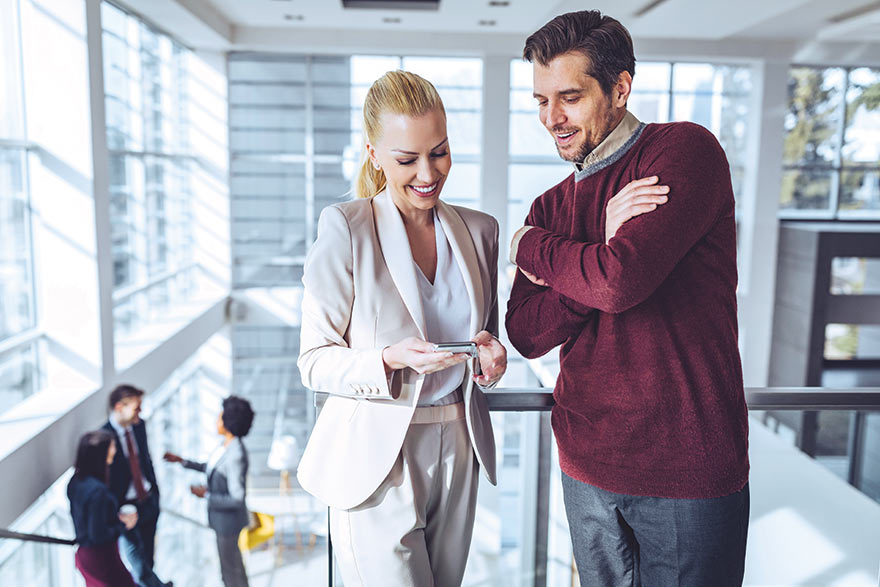 On a typical work-from-home day, a person might communicate with colleagues using Slack, attend videoconferences on Zoom, order takeout food via DoorDash and in the evening watch a movie on Netflix, said Jonathan Welburn, a lead author on the RAND study. All of them run their businesses on Amazon Web Services.

“Amazon is a very central digital hub, and it epitomizes the direction our economy has taken,” Mr. Welburn said.

The growing importance of cloud computing, the digital engine rooms of the modern economy, shows how tech firms are building on their dominance. Global spending on cloud computing rose 33 percent to more than $30 billion in the second quarter, according to Synergy Research.

To be a full-service cloud provider like Amazon, Microsoft and Google is an immensely expensive endeavor. Each spends an estimated $10 billion to $15 billion a year on its data centers and cloud networks, said John Dinsdale, chief analyst at Synergy. That is just the capital-spending table stakes to compete. Only a handful of companies in the world can afford them.

The companies say their huge spending helps the U.S. economy and ends up lowering prices.

“Our engineers are helping America remain a global leader in emerging technologies like artificial intelligence, self-driving cars and quantum computing,” Sundar Pichai, Google’s chief executive, said in his prepared testimony at the recent House hearing. “Competition drives us to innovate, and it also leads to better products, lower prices and more choices for everyone.”

In his testimony, Tim Cook, Apple’s chief executive, asserted that Apple did not have a dominant share of any market in which it did business.

And during an earnings call in July, Satya Nadella, Microsoft’s chief executive, said his company could not indefinitely thrive while the rest of the economy and other industries struggled. “The world needs to do well for us to do well in the long run,” he said.

It is still possible for new companies to make inroads. Users of Zoom, the videoconferencing company, have ballooned during the pandemic, and its stock is up over 150 percent since the end of February. And TikTok shows that it is still possible to build a highly popular social media app, though Microsoft may soon acquire it.

Of course, the searing rally in the stocks could be the result of excessive optimism and the stocks could fall. But if the Big Five keep reporting huge profits, they should still make up an outsize share of the overall market. In the 12 months through the end of June, they earned nearly $500 million a day in net income combined.

“The stock market has the great advantage that it’s looking at the stream of future profits,” Mr. Philippon said. “They think they are high today — and going to remain very high in the future.”

By Peter Eavis and Steve Lohr

Microsoft announced today that Michelle Simmons will take over as the General Manager of Multi-Country* subsidiary, overseeing operations for 24 countries within the region...
Read more

Apple Inc (AAPL.O) on Monday became the first company to hit a $3 trillion stock market value, before ending the day a hair below that milestone,...
Read more

The previous year has been a catalyst for significant changes to the ways things are done across the entire industry. Digital tools have become...
Read more

The Office for IT and eGovernment presented today at the State Data Centre in Kragujevac a unique platform “Smart Serbia”, which is used for...
Read more

Microsoft has agreed to buy the AI and voice communications firm Nuance for $19.7 billion. The deal, expected to close at the end of the...
Read more