I come from Zrenjanin, and that can’t...
Read more

Traditional humanitarian run CorD Charity Masters was held on 15th May as a part of the 35th Belgrade Marathon. This...
Read more
1 October 2019
Facebook
Twitter
Email

The United States is the third-largest country in the world with a population of more than 325 million, according to the U.S. Census Bureau. A child is born every 8 seconds, and a person dies every 12 seconds

Because of this, the United States is one of the most culturally diverse countries in the world. Nearly every region of the world has influenced American culture, most notably the English who colonized the country beginning in the early 1600s. U.S. culture has also been shaped by the cultures of Native Americans, Latin Americans, Africans and Asians.

The way people “melt” into the United States differs. “Different groups of immigrants integrate into different ways,” De Rossi told Live Science. “For example, in the United States, Catholic, Spanish-speaking communities might keep their language and other cultural family traditions, but are integrated into the urban community and have embraced the American way of life in many other ways.”

There is no official language of the United States, according to the U.S. government. While almost every language in the world is spoken in the United States, the most frequently spoken non-English languages are Spanish, Chinese, French and German. Ninety per cent of the U.S. population speaks and understands at least some English, and most official business is conducted in English. Some states have official or preferred languages. For example, English and Hawaiian are the official languages in Hawaii.

The Census Bureau estimates that more than 300 languages are spoken in the United States. The bureau divides those languages into four categories: Spanish; other Indo-European languages, which includes German, Yiddish, Swedish, French, Italian, Russian, Polish, Hindi, Punjabi, Greek and several others; Asian and Pacific Island languages, including Chinese, Korean, Japanese, Thai, Tamil and more; and “all other languages,” which is a category for languages that didn’t fit into the first three categories, such as Hungarian, Arabic, Hebrew, languages of Africa and languages of native people of North, Central and South America.

Nearly every known religion is practiced in the United States, which was founded on the basis of religious freedom. About 71% of Americans identify themselves as Christians, according to information gathered by the Pew Research Center, a nonpartisan research group, in 2017. The research also found that about 23% had no religious affiliation at all and around 6% of the population is made up of non-Christian religions.

The number of people who identify with no religion seems to be decreasing. According to the Pew Research Center, this category is expected to drop from 16% in 2015 to 13% in 2060. 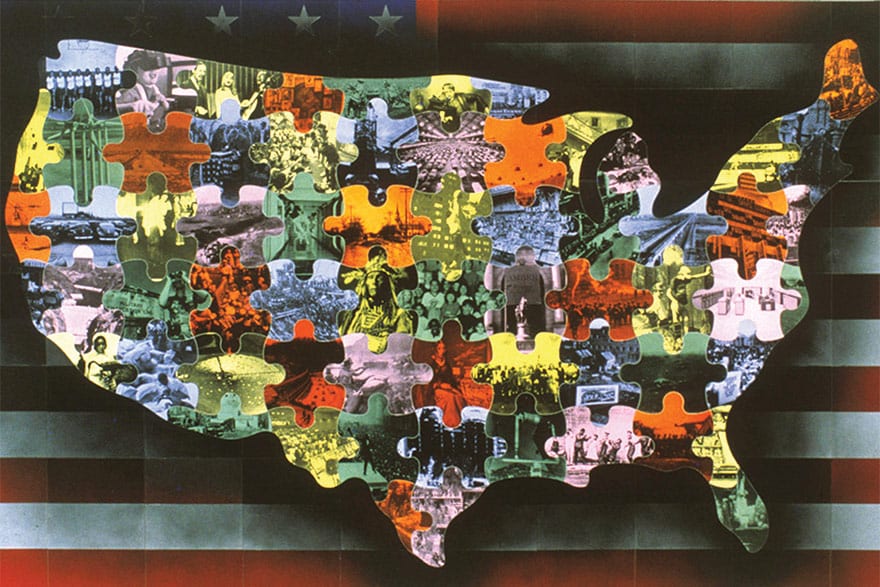 American fashion is widely influenced by celebrities and the media, and fashion sales equal around $200 billion per year, according to a paper published by Harvard University in 2007. More and more Americans are buying fashion, electronics and more online. According to the Census Bureau, U.S. retail e-commerce sales for the first quarter of 2017 totalled around $98.1 billion.

American cuisine was influenced by Europeans and Native Americans in its early history. Today, there are a number of foods that are commonly identified as American, such as hamburgers, hot dogs, potato chips, macaroni and cheese, and meatloaf. “As American as apple pie” has come to mean something that is authentically American.

There are also styles of cooking and types of foods that are specific to a region. Southern-style cooking is often called “American comfort food” and includes dishes such as fried chicken, collard greens, black-eyed peas and cornbread. Tex-Mex, popular in Texas and the Southwest, is a blend of Spanish and Mexican cooking styles and includes items such as chilli and burritos, and relies heavily on shredded cheese and beans.

The United States is widely known around the world as a leader in mass media production, including television and movies. According to the U.S. Department of Commerce, the United States comprises one-third of the worldwide media and entertainment industry.

The television broadcasting industry took hold in the United States in the early 1950s, and American television programs are now shown around the world. The United States also has a vibrant movie industry, centred in Hollywood, California, and American movies are popular worldwide. The U.S. film industry earned $31 billion in revenues in 2013 and will have reached $771 billion by 2019, according to the U.S. Department of Commerce.

The United States’ arts culture extends beyond movies and television shows, however. New York is home to Broadway, and Americans have a rich theatrical history. American folk art is an artistic style and is identified with quilts and other hand-crafted items. American music is very diverse with many, many styles, including rhythm and blues, jazz, gospel, country and western, bluegrass, rock ‘n’ roll and hip hop.

The United States is a sports-minded country, with millions of fans who follow football, baseball, basketball and hockey, among other sports. Baseball, which was developed in colonial America and became an organized sport in the mid-1800s, is known as America’s favourite pastime, although its popularity has been eclipsed by football for the past three decades, according to the Harris Poll.

Bono, frontman of the Irish group U2, and his colleague from the band Edge have performed a forty-minute concert at the subway station in...
Read more

The first Balkan business conference organized in Chicago gathered 50 American companies whose owners are from the Balkans. The conference was an opportunity for experts...
Read more