Martin Knapp, Executive Member Of The Board Of Directors Of The German-Serbian Chamber Of Commerce (AHK Serbia)

Companies have learnt over time to work under new circumstances. We are now waiting to see the results of the survey among German companies operating in Serbia and 16 Eastern European countries in early 2021, in order to get a clear picture of how the Coronavirus pandemic has changed the way they see the world. The results might give us a better idea of whether the idea of nearshoring will gain momentum

Like in the case of many other organisations in the previous period, AHK had to face the challenge of shifting many of its activities online. One of the most challenging would be the organisation of the AHK-supported Serbian Visions, the traditional annual festival of civil society with 60 co-organisers that used to see thousands of visitors over the course of one weekend in November. Yet some of the signature activities, such as bringing German industrial companies into contact with potential suppliers from the Western Balkans, took place almost as usual this year, only in electronic form.

“Many things are still unclear and we will have to wait a little longer before we see clearly what has happened in 2020,” says Martin Knapp, Executive Member of the Board of Directors of AHK Serbia.

How would you assess the impact of the pandemic on trade between Germany and Serbia in 2020?

– During recent years the volume of the bilateral exchange of goods and services has increased-year on-year. But this probably won’t be the case this year. The Coronavirus pandemic will certainly lead to a decline here, but this decline probably won’t be as catastrophic as originally anticipated. However, only two thirds of the year have passed and one should be careful with forecasts in these times.

Around this time each year we expect the results of the AHK Serbia survey in order to learn whether German companies present on the market would invest again. Is this a plausible question in times like this? What are the major concerns of companies that they share with you today?

– We also conducted the survey this year, shortly before the outbreak of the pandemic. When it was finished, we were all in lockdown, so we asked ourselves who would be interested in what the companies expected before the crisis. We then concluded that we wouldn’t publish it. We are now eagerly awaiting the results of the survey, which we will relaunch at the beginning of 2021 – not only in Serbia, but in 16 Eastern European countries, as we do every year. We will then compare the results with those of this year in order to form a clear picture about how the Coronavirus pandemic has changed the way companies see the world.

How has AHK assisted companies through these tough times?

– At the beginning the main goal was to inform companies about current topics. There we mainly did webinars, for example about labour law issues during the pandemic. We also spoke with many company bosses over the phone, to find out how the companies are getting through the crisis, on the one hand, and to signal to them that they weren’t alone with all the problems, on the other. However, I have to say that most companies quickly learnt to live with the crisis. 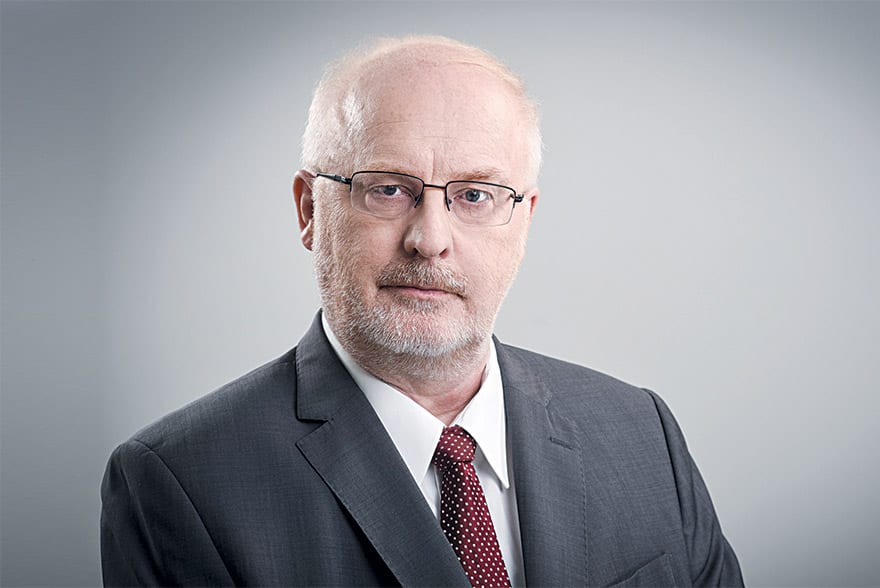 What were your major policy-related activities?

– We tried to represent the interests of our member companies when the government was setting up its assistance packages. Here we were particularly concerned about so-called large companies. With them it is always easily assumed that ‘big’ automatically means ‘strong’. That is often true, but not always. A large enterprise is always also a large risk. If, for example, production has to be stopped because employees fall ill, this has significant consequences for employment, not only at the local level, but also regionally.

How has the current situation impacted on some of your activities, such as connecting Serbian companies to German value chains, or with Serbian start-ups?

– Our buyer initiative, through which we bring German industrial companies into contact with potential suppliers from the Western Balkans, took place almost as usual this year, only in electronic form. There is now a lot of talk about so-called nearshoring, i.e. the search for suppliers in the geographical vicinity of a company. In this context, new opportunities exist for Serbian industry.

At the beginning of the crisis we were particularly concerned about so-called large companies, given that it is always easily assumed that ‘big’ automatically means ‘strong’, which is not always the case

For start-ups, especially in the IT sector, new opportunities lie more in the fact that the demand for IT services and products is growing worldwide, because the organisational and institutional culture is changing towards less travelling and more digital communication.

With this in mind, there are many discussions about whether multinational companies will rethink their approach to building global value chains and opt for partners closer to their central operations. Would you expect German companies to focus further on this region?

– The issue of supply chains is now being given more attention. There is the approach of reducing risks by shortening supply chains, but above all by diversifying suppliers. There are opportunities for the region in this area, especially when we consider that other factors are also becoming increasingly important, such as compliance with certain standards of occupational safety and employee remuneration. This, too, should lead to increased demand for suppliers from European countries.

Serbia is increasingly becoming a country that attracts interest among German companies, either as investors or as businesses interested in integrating domestic suppliers into...
Read more

How are current developments influencing the way AHK works at the central and local levels? Will there be innovations in your work?

– Like many other institutions, we now have very interesting experiences with our home office. Another innovation is the transfer of events to the internet. We organise 50 events every year. Digitalising them all is not easy. The digitalisation of Serbian Visions, for example, which is our annual festival of civil society, with 60 co-organisers and thousands of visitors over the course of one weekend in November, will be a real challenge.

The aim of German experts engaged through the Senior Expert Service is to help and advance the organisation of the operations of small and...
Read more

Employees Are Our Greatest Asset

With its global production network and technological expertise, Company Leoni is one of the leading manufacturers of wiring systems that help customers build next-generation...
Read more

European castles are undeniably magical. Out of all of Europe, Germany boasts the most impressive selection of castles, these magnificent structures widely considered to...
Read more

Cosmopolitan Country Shaped By a Pluralism of Lifestyles

Germany is a cosmopolitan country shaped by a pluralism of lifestyles. Demographic change is set to play a major role in the coming years With...
Read more

Some of the topics that top the bilateral agenda include strategic cooperation in the field of climate change, as well as in the field...
Read more

Can France And Germany Come Together?

The crisis in Catalonia and the resilience of European populists have made a well-functioning Franco-German partnership more important than ever. But if the European project is going to have any chance of surviving, the gap between German prudence and French audacity will have to be bridged.
Read more