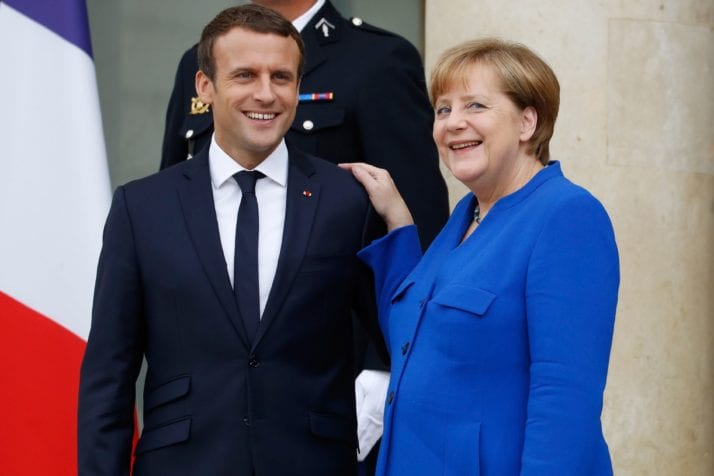 Can France And Germany Come Together?

Seven months ago, when Marine Le Pen of the far-right National Front had a chance of winning the French presidency, Germany feared for France’s future. But after Germany’s federal election in September, France has not been particularly afraid for its neighbour. The extreme-right Alternative für Deutschland (AfD), for all its gains, is not about to come to power. Germany, after all, is not Austria.

Nov 6, 2017, RICHARD N. HAASS says that North Korea will be the biggest issue by far when the US president meets Chinese President Xi Jinping.

Nevertheless, French and German elites have found a common cause for concern: Germany may be unable to seize the exceptional opportunity created by French President Emmanuel Macron’s victory. Before, the problem was not that Germany was too strong, but that France was too weak. Now the problem is not that France is too ambitious for Europe, but that Germany is not ambitious enough.

For years, Germans complained that France was incapable of domestic reform and that the French did not understand the meaning of “federalism” in the context of the European Union. Against that backdrop, Macron took the stage, presenting himself as an activist philosopher-president. He is a disciple of the French philosopher Paul Ricœur, and speaks of “European sovereignty” in the same way that German philosopher Jürgen Habermas speaks of “European citizenship.”

It will be difficult to strike a harmonious balance between a French president at the dawn of his power and German Chancellor Angela Merkel, who seems to be in the twilight of hers. Above all, it will require Germany to match France’s new audacity.

Of course, Germany’s suspicion of greater risk-sharing in the eurozone, which Macron’s EU reform agenda seems to imply, is understandable. For Germans, that sounds like an updated version of the old EU mantra: “Germany will pay.” But the enthusiasm gap between the two governments need not be an unbridgeable abyss.

Le Pen often quipped during the French presidential campaign that, “Whatever the election results, France will be governed by a woman: It will be either me or the chancellor of Germany.” The line was witty and provocative, but it was also wrong. Today, Le Pen is well on her way to being a mere detail of history. And while Merkel is still the wise statesperson to whom much of Europe looks for leadership, she is no longer in a position to set the EU’s agenda unilaterally.

Clearly, French and German politics are on different emotional trajectories. Germany is more or less satisfied with itself and its place in the world. Merkel’s decision to open the country’s borders at the height of the refugee crisis surely cost her previous coalition votes in September’s election. But, on the whole, Germans remain unwilling to change a European status quo that has proved highly successful for their country.

France, by contrast, feels that change must come now or never. If France and Europe wait until tomorrow to do what should have been done today, then all will have already been lost. From France’s perspective, history seems to be accelerating. The United Kingdom is currently negotiating the terms of its withdrawal from the EU; Catalonia’s regional parliament has just declared independence from Spain, and populism is resurgent in Central and Eastern Europe.

The gap between France and Germany is the largest when it comes to defence and security, owing to a deep cultural divide between the two countries. To be sure, most French and German citizens identify as European, as opposed to UK citizens, who identify as British – or even as English, Irish, Scottish, or Welsh. This is why German and French critiques of the EU generally focus on the bloc’s performance, whereas the British often strike at the European project itself.

But when it comes to security and defence, these affinities are reversed: France and Britain are very like-minded, while Germany, owing to its history, has long shied away from martial pursuits of any kind.

Of course, there are many differences between Britain and France with respect to how they engage with the United States and NATO. The UK is naturally closer to NATO than France is. But the UK, mortified by US President Donald Trump, has also grown more distant from the US, while France, under Macron, has grown somewhat closer. Unlike Macron, British Prime Minister Theresa May is not convinced that she can charm Trump.

The Franco-German partnership has long been the pillar of EU stability. And given the deepening crisis in Catalonia and the resilience of European populists, the bilateral relationship is more important than ever.

Put bluntly, Macron and Merkel represent European liberal democracy, based on reason and openness, in contrast to the populist vision represented by Hungarian Prime Minister Viktor Orbán and de facto Polish leader Jarosław Kaczyński. With recent elections in Austria and the Czech Republic moving Central Europe toward what might be called an Austro-Hungarian populist empire, Germany has as much at stake in successful EU reform as France does. The ball, as the Americans say, is in Merkel’s court.

The author is a Senior Counselor at the Institut Montaigne in Paris.