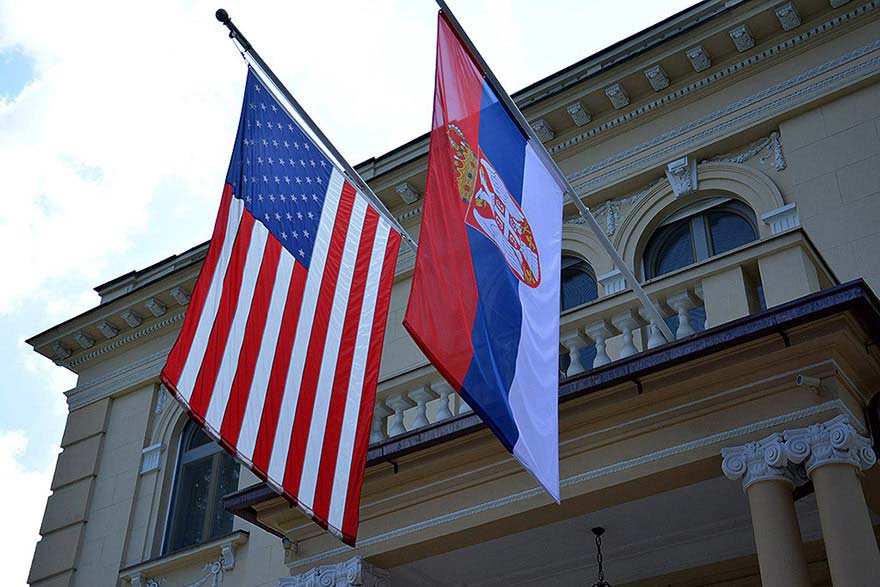 It was at some point in November 2005, when Chris Patten was already the former European Commissioner for Foreign Affairs, that “recognition” came from his entourage confirming that the State Union of Serbia and Montenegro was virtual, and that only Serbia was a reality. It was only on the Kosovo issue that Serbia established the least reality, and was always fatally late

Today even EU envoy Miroslav Lajčak certainly doesn’t remember Janez Drnovšek, president of the Socialist Yugoslavia in 1989/90. who hosted Gaddafi with camels at the Summit of the Non- Aligned Movement in Belgrade, but also the prime minister of an independent Slovenia, who in 2001, with President Kučan on the Hill near Kranj, hosted the summit of George W Bush and Vladimir Putin.

Drnovšek had a plan for Kosovo back in 2005, which he forwarded to Kofi Annan and Javier Solana.

Speaking that year in Priština, Drnovšek said that the recognition of Kosovo must be conditional – until the rights of Serbs could be secured. If you read Drnovšek’s plan carefully, you can even find the origins of the notion of the “Community of Serb Municipalities” and “monastic autonomy”.

Can Americans now portray reality and overshadow symbols and narratives with economics, and can Lajčak take something from Drnovšek?

That what digitalisation is for Ana Brnabić is equivalent to the withdrawal of the recognition of Kosovo for Ivica Dačić. Immediately prior to the Washington “negotiations”, the news arrived that the Black Panther had died – that is American actor Chadwick Boseman, who was best known for his role in the film Black Panther, about Marvel’s superhero who rules the technologically advanced but hidden African state of Wakanda.

The U.S. Department of Agriculture mistakenly named the fictitious Kingdom of Wakanda as its trade partner in 2018. However, one gets the impression that Wakanda could also recognise Kosovo and subsequently withdraw that recognition. In general, after the Washington Agreement, the campaign for the recognition of Kosovo has been placed under a moratorium.

Richard Grenell and officials from the U.S. business delegation in Belgrade spoke about the economy, but didn’t speakabout democracy, which provides additional encouragement for Vučić at the beginning of the “new era” of relations between Belgrade and Washington

If Vučić had played his detection game before Washington, then Simon Sebag Montefiore’s book “Jerusalem” (due to the Washington agreement for Serbia to relocate its embassy from Tel Aviv to Jerusalem) would now be that which the book about Milan Stojadinović, the Prime Minister of the Kingdom of Yugoslavia, was to Ana Brnabić when she sensationally became the Prime Minister of Serbia after having previously received a copy of the book from Vučić as a gift about his favourite politician from Serbian history.

The agreement from Washington also includes his urgent implementation, of everything: both billions of dollars and reliable partners (probably non-Chinese) when it comes to the introduction of the 5G network, and a visa-free regime with the U.S., LGBT rights, and Hezbollah, and Jerusalem, and women’s participation, but there are no Bytyqi brothers… At least not publicly. This crime is a dark story of recent Serbian history, but also a tried and tested means for the U.S. to apply pressure to Serbia. Richard Grenell and officials from the U.S. business delegation in Belgrade spoke about the economy, but didn’t speak about democracy, which provides additional encouragement for Vučić at the beginning of the “new era” of relations between Belgrade and Washington.

Anti-Americanism in Serbia is being pompously remedied. By making a spectacle of foreign policy, Vučić compensates for the democratic deficits in his domestic policy. His policy is essentially eclectic: from recidivism to Milošević and Šešelj, via identification of himself with Đinđić (reform), ‘neutrality’ (Koštunica), ‘four pillars’ (Tadić), with this America now becoming more important than the EU, Russia and China.

With the “new era” of relations with the United States, Vučić enriched his pragmatic eclecticism with the policy of Milan Panić, the former prime minister of the provisional FR Yugoslavia, which was based on economy and peace, but which had incomparably greater democratic sensibility compared to Vučić’s “stabilocracy”.