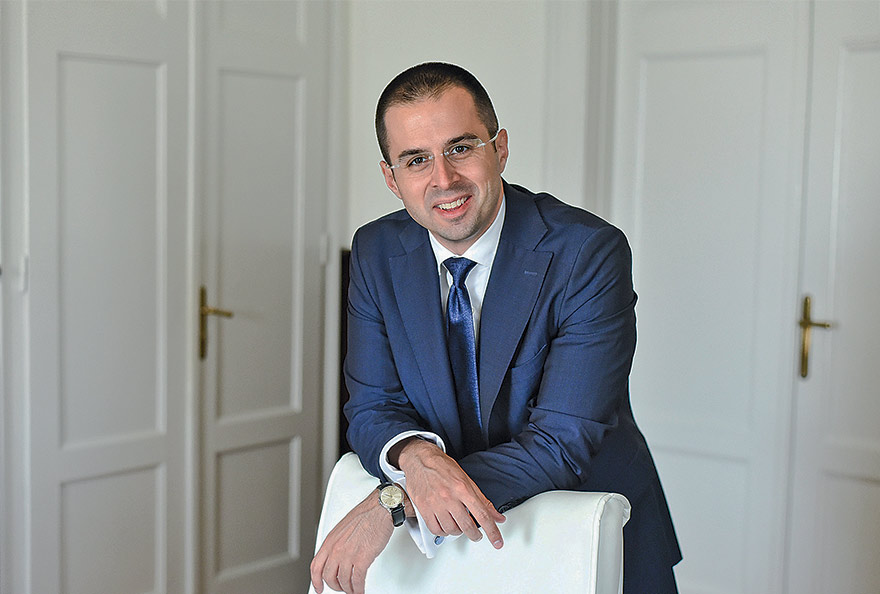 Gecić Law continues to reach new heights year after year, receiving even greater recognition for its innovation, consistent growth and excellence in the legal profession with four nominations for this year’s prestigious The Lawyer European Awards

Gecić Law was this year nominated for The Lawyer European Awards in several categories. Could you explain the importance of these awards?

Established by prestigious London-based magazine The Lawyer, The Lawyer European Awards have been the gold standard in the legal profession for more than a decade.

They annually award the most outstanding achievements in the European legal industry. Top law firms across the continent compete in different categories for regional awards and to be proclaimed teams of the year in several areas of legal practice. The Lawyer’s elite panel of judges comprises more than 60 global legal experts and business leaders from renowned enterprises, such as Pfizer, Unilever, Nestlé, Citi, Mitsubishi etc.

This isn’t the first time you’ve been nominated and won this award. How is this year different?

Last year we became the first ever Law firm of the year: Southeast Europe and the Balkans laureate in a market of 150 million people. In 2020, we were named Law firm of the year: Eastern Europe and the Balkans. This year is different because Gecić Law has entered the finals to claim the regional accolade, but also made the shortlist in three other areas of practice. Our competition law, corporate law, and litigation teams are now competing with the crème de la crème of the entire continent.

We believe that our core values – meritocracy, innovation, integrity, and philanthropy – explain much of our growth and successes

This year we also stand shoulder-to-shoulder with global powerhouses like Latham & Watkins, with the most nominations among this year’s contenders, representing an unprecedented achievement of any law firm in Central and Eastern Europe in a single year – say founding partner Bogdan Gecić with pride. The team of Gecić Law has gone from strength to strength over the last few years in corporate law and litigation and we are proud to receive our first nominations in these categories.

What sets you apart from the competition? What provides the basis for these achievements?

These nominations alone give us an objective perspective of how far we’ve come. We are excited and even more motivated by this news. We believe that our core values – meritocracy, innovation, integrity, and philanthropy – explain much of our growth and successes.

It is new ideas that create value in business. We anticipate market trends in order to always stay close to what matters most to our clients. That’s why innovation is at the heart of our work. Innovation is about continuous learning and discovery. We explore new practice areas and services and add value to our clients by providing a fresh perspective and meaningful solutions to their business challenges. Our added value comes from the commitment to offer clients a new perspective and solutions to their business needs. This approach builds trust and long-term relationships.

Founded in 2015, Gecić Law has achieved much over the last seven years. What would you say has been the most important for your development to date?

We founded our business recognising that EU law would bring a legal revolution to our region, and we were among the pioneers in this field. We recognised that there are many opportunities for entrepreneurship and growth, unlike on developed markets that are saturated and mostly static. We’ve changed the traditional understanding of law firms and developed numerous other practice areas where we are now leaders. We created a multidisciplinary and tailored approach to the needs of each client. We are pleased that the international legal community continues to recognise the value of our approach. In addition to the awards, our firm and lawyers are highly rated by elite directories, including The Legal 500 and Chambers and Partners, which also makes us tremendously proud.

Biotech For A Brighter Future

Biotechnology is rapidly expanding as it modernises industries and transforms sectors—supporting growth and creating hundreds of thousands of jobs, both directly and indirectly. Further...
Read more

Among the many consequences of the pandemic, economic crisis and war in Ukraine for Europe is the rise of right-wing movements that challenge the...
Read more

Zoran Milivojević, Career Diplomat And Associate Of The Centre For Strategic Alternatives

End Of The Left’s Dominance In Europe

The shadow of Ukraine, with all the already-evident ramifications on the situation and effects in Europe, certainly provides new motivation for the right, which...
Read more

Reputation Is Crucial For Survival

With the full support of the state and the Israeli parent company, Bet Shemesh Engines Ltd, which includes assistance in reaching standards and mastering...
Read more