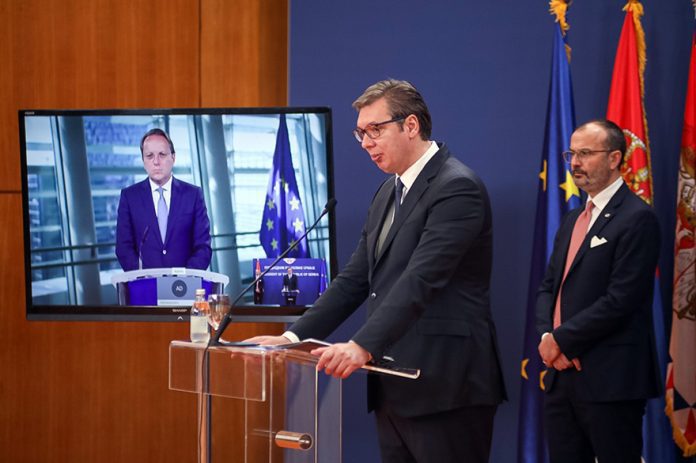 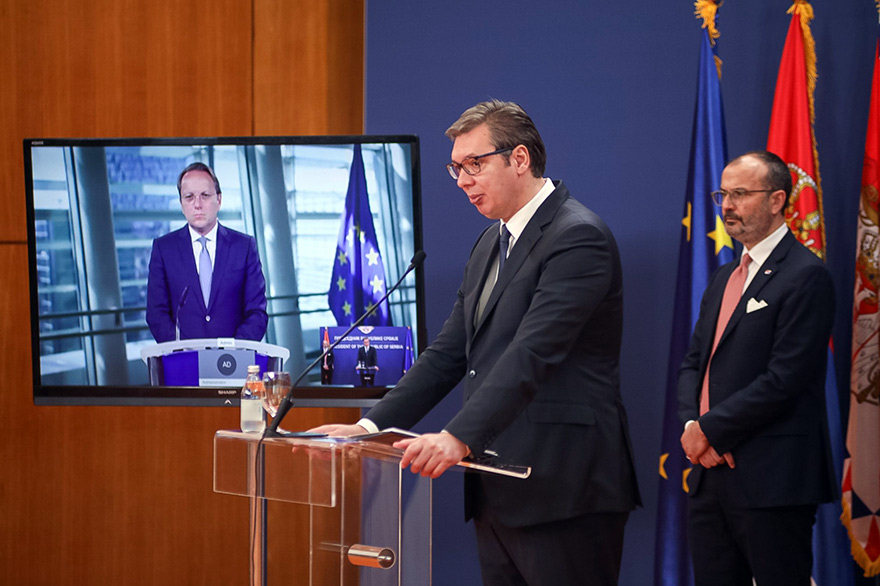 The agreement worth EUR 70 million was signed today by the Head of the EU Delegation to Serbia, Ambassador Sem Fabrizi, and the Minister of the European Integration and National IPA Coordinator Jadranka Joksimovic

Local development, competitiveness and employment are in the focus of the first phase of the European Union Instrument for Pre-Accession Assistance (IPA) for Serbia in 2020.

Serbian President Aleksandar Vučić was present at the signing ceremony and the event was followed online by the European Commissioner for Neighborhood and Enlargement Oliver Varhely.

The President of Serbia, Aleksandar Vučić, thanked the European Union for the comprehensive assistance during the memorial service today.

“This assistance is very important and I am infinitely grateful to the European Union for this new package for the untapped economy, social and economic development, and employment. This provides an additional incentive for reforms, which we are strongly continuing with because I believe that the countries of the Balkans have a place in the European Union, which is undoubtedly an extremely important partner for Serbia,” said President Vučić.

“These are pre-accession funds of the European Union, intended for the overall development of the negotiating country, to make the country as prepared as possible when it joins and to reduce regional differences, both internal regional differences in the country and to get closer to that. which is the average growth and development of European regions, which created the European Union. “Negotiations are important, reforms are important, but they bring what is a concrete improvement and if Serbia were now a member, we would have 1.3 or 1.4 billion euros annually from the structural funds,” said Minister Joksimović.

After the EUR 93 million for immediate and long-term economic assistance in March, in response to the COVID-19 pandemic, the EU is now enabling additional funds to be used by Serbian citizens, institutions and companies.