What You Need To Know

For the first time ever, 2017 was the year digital ad spend outstripped television. In 2017, digital spend was $209 billion worldwide compared to $178 billion for TV advertising. And one final stat. Excluding China, according to GroupM the ‘digital duopoly’ of Google and Facebook will end the year with an 84% share of all digital media investments for 2017!

Moving on, last year we prophesized chatbots, augmented reality (yes, I know everyone did, and still does), plus the growth of social advertising. All of which have come to pass, in some form or another. But what should the canny advertiser be aware of? What bandwagon just cannot be ignored? And what possibilities should you be open to?

MOBILE FIRST…THEN EVERYTHING ELSE!

Smartphone ownership and usage is more or less the norm. But the extent to which it is now the go-to device is undeniable. It’s an advertising trend that’s been coming, I mean when’s the last time you looked up a recipe on your desktop? Or search for an offer on a pair of boots?

The fact is, mobile users are spending over four hours on their smartphones each day! Not only that but comScore reports that “mobile apps account for 57% of all digital media usage”. The truth is your beautiful display ad, made desktop first, is more likely to find an audience on mobile. Something needs to change. (Hint: it won’t be your audience!)

Businesses need to embed “mobile-first” thinking across all their digital marketing. This means making sure your website, landing pages, banners, in fact, all your digital campaigns are responsive.

This goes right down to the initial stages of design too. You need to think about how it will look on the mobile. Is it mobile-ready? Better still, now is the time to design everything mobile-first.

Throw out the old thinking of designing a campaign desktop first and then scaling down. Scale-up from mobile! Advertising has long gone mobile and it’s about time all brands caught up.

Next on the list as an advertising trend for 2018 is video. Video isn’t new but we predict its popularity and use to go stratospheric in online advertising. Among the social networks, both Facebook and LinkedIn are adapting their sites to host video better. While, within display advertising, the use of video is growing.

In Europe alone, the online video display is multiplying three-and-a-half times faster than the non-video display! It now accounts for one-fifth of the total display market in Europe according to IAB Europe.

Video is authentic and helps advertisers to connect with viewers, which in turns helps with conversion. Furthermore, people are watching video displaying ever greater numbers on their mobile phones.

Making sure you have a video display ad that is mobile-ready is a no-brainer. Daniel Knapp, executive director at IHS Markit, sees the growth of video and mobile as a significant shift in advertisers’ thinking.

The fact is “the digital advertising market is changing as we enter the post-desktop age”. And like all changes, it’s better to be at the front than trailing in the wake.

There’s a shift happening in the world of native advertising. In the words of The Economist “a brutal winter is setting in”. Across the web, online publishers from Mashable to Vice are experiencing the same problems as their print forefathers.

The duopoly of Google and Facebook is sucking up ad spend across all channels. As well as taking a chunk from the ads sold by the publishers themselves. Both are bypassing the publishers altogether and getting advertisers to spend directly on their platforms. This is a trend that will continue in 2018.

And yes, this means Facebook (and Instagram) is going to be where those ads go. The fact is no other social media operator offers the size of audience and variety of ad formats. Being able to adapt will be key.

Transparency, ad fraud, and brand safety were huge issues in 2017. It’s no wonder then that a key advertising trend for 2018 will be the industry getting its act together to combat this scourge.

Transparency in digital advertising is important from two perspectives: cost and inventory. You need to know where your ads are served, and where your money is being spent in the ad tech chain. Without this data, your media budget is out of control, you cannot make well-founded decisions, and you are susceptible to fraud. 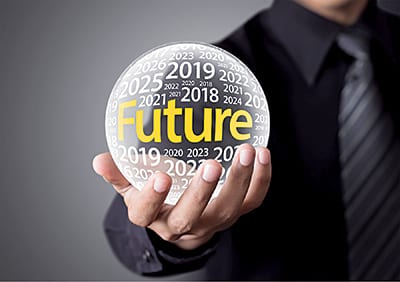 Better advertising and greater transparency go hand-in-hand. Many brands are demanding an improved media supply chain and the adoption of industry-wide standards. In 2018 companies that purposefully make things unclear for advertisers will die a slow painful death.

The truth is both, context, and whether companies you work with adhering to transparency with, will be huge for brands.

However, it’s not all doom and gloom. One success in 2017 was the adoption of ads.txt by publishers looking to combat ad fraud. Over 750 of the web’s top 2,000 websites now have ads.txt installed, according to Google. For Jessica Goodfellow of the drum, “ads.txt has been arguably one of the biggest trends to emerge in 2017”. It’s helped to clean up the programmatic supply chain and adoption rates are set to accelerate in 2018. It’s one way publishers can boost their revenue, and advertisers avoid costly mistakes.

Transparency, ad fraud and brand safety were huge issues in 2017. It’s no wonder then that a key advertising trend for 2018 will be the industry getting its act together to combat this scourge

2018 will most likely see digital advertisers adopting and applying tools to improve transparency. For example, using something as simple as a heatmap for banner and video ads. By seeing the location of clicks you can set up rules to detect and filter invalid traffic. Useful for avoiding ad fraud, and improving transparency. Expect all the major players to bring out similar tech, as well as more advanced techniques, such as machine learning.

IGNORE GDPR AT YOUR PERIL

In 2018 another advertising trend that cannot be underestimated is privacy. In particular, If you don’t already have a plan for GDPR then hurry up – the clock is ticking. If you do business in Europe, then GDPR will have a massive impact on how you advertise online. For those engaged in online advertising, it’s a critical change.

GDPR means the data a company can hold on any user located in the EU is about to get that much harder to access and hold. With new privacy regulations and procedures, combined with tough enforcement.

GDPR will apply to all companies processing the personal data, of anyone residing in the EU, regardless of the company’s location. Details of the changes that will come into play on 25th May 2018 are here.

Being solid on issues of privacy and data security is something all advertisers need to address in 2018.

Last but not least in our list of advertising trends for 2018, is the rise of machine learning. Machine learning is a training process for computers. It’s already used by those in advertising for a variety of activities, such as real-time ads, pattern recognition, and fraud detection. In 2018 machine learning will go next level! Becoming smarter, faster and more efficient.

ADVERTISING TRENDS WITH A ROBOT

YouTube has been at the forefront of applying machine learning. Using algorithms to detect and remove content that violates its terms of use. While it doesn’t fully rely on machine learning for the process – it has a 10,000 strong workforce who watch traffic. Machine learning is helping human moderators remove nearly five times as many videos than before. In 2018, expect machine learning to assist and improve processes, from sending messages, to sifting through big data. It’s going to become the norm.

It’s been an interesting year, to say the least, but politics aside, digital marketing continues its remarkable rise. Technology has again enabled better and more sophisticated campaigns. While, if anything, the events of 2017 have set the tone for 2018. GDPR is looming and brands already know the first challenge that awaits them. Plus, navigating the wake left by a duopoly of Facebook and Google is only going to get harder for digital marketers.

With new technology embedded, greater focuses on accountability, and “value”, 2018 has the potential to be a pivotal year. Here at Bannerflow, we’re already providing brands with the right tools to make the most of these trends. Plus, with new features for social networks, creating well-crafted, eye-catching, ad campaigns, which convert, is – hopefully – only going to get better.

Major Trend For 2018: Big Changes For Both Clients And Agencies

It’s fair to say 2017 has been an eventful year. Even for an industry used to as much change and disruption as ours. Last...
Read more

It’s All About The Moments

How we communicate on social media has never been more important, for ourselves, for brands or for politicians. This constant change inspired UM to...
Read more

What Is “The Truth About Age”?

How often do we think about aging? What are we afraid of and what are we looking forward to in our old age? What...
Read more

There is a lot of talk about "what is the key to a successful relationship between agency and client" Jasna Dugalić, Account Manager at Direct...
Read more