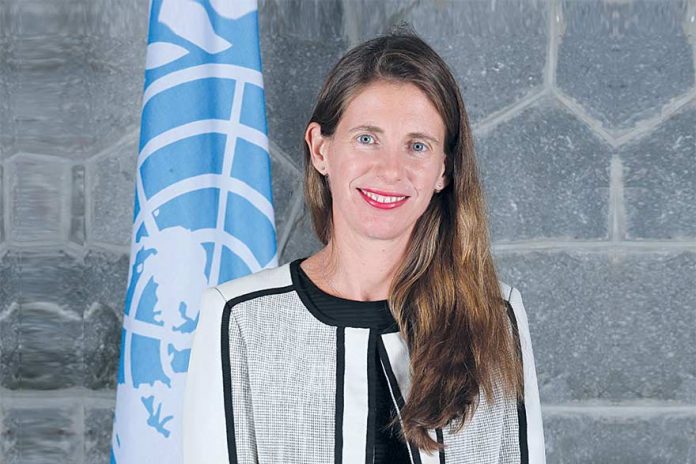 I am excited to be in Serbia, because it has the potential to create regional change by addressing critical development concerns that go beyond borders, such as migration, climate change and pollution. It also plays an important role in unblocking political constraints in the region that can unleash development opportunities. I hope that the UNDP, as a trusted and neutral partner, can foster more cooperation at a strategic level, engage the youth in dialogue, and help position Serbia on the regional and international stage as an expert and provider of solutions.

My motivation lies in creating change through innovation and strong partnerships. I am delighted that Serbia is one of the 60 countries worldwide to launch the UNDP Accelerator Lab, applying new techniques to make sense of the world around us, identify solutions and experiment with scaling them up. One of the challenges we will attempt to tackle is depopulation, which is a complex issue that’s faced not only by Serbia but also other countries in the region, including in the EU.

We need new approaches that address the complexity of current development challenges. In my previous postings in the Asia-Pacific and Middle East regions, I became interested in working with the private sector and exploring how innovative finance can leverage private capital for sustainable development. In Indonesia, the UNDP supported the Government in issuing the first sovereign green Islamic bond, while we worked with the Angel Investors Network to support social enterprises that generate profits and social good. In India, we established the SDG Finance Facility, a platform in which government, private sector and development partners work together to design financing instruments and policies.

I was always interested in the world, curious about other cultures and what they can teach you about your own. Studying Social Anthropology at Cambridge University gave me a new view on the world and shaped my philosophy on life, which can be summarised as: listen to different voices, question your assumptions and bridge divides.

My philosophy on life can be summarised as: listen to different voices, question your assumptions and bridge divides

When I started my PhD in Development Studies at the London School of Economics, I was fascinated by Russia, a country which was then undergoing a massive transition from a centrally planned to a market economy. I spent a year living in Ekaterinburg, a large industrial city in the Ural Mountains, exploring how people’s lives had been turned upside down and how social networks and social capital were critical for getting things done. I came to understand the difference between the theory and reality of transition, who were the winners, with new business opportunities, and the losers left behind by reform.

In my early career, I wanted to challenge power relations, particularly gender ones. My first jobs were with Oxfam and Amnesty International, where I focused on gender-based violence and demonstrated that gender inequality is a humanitarian and development issue, and not just an issue of women’s rights. During that time, I worked with women from the Western Balkan region and CSOs, building a women’s solidarity and peace coalition, fighting against patriarchy and discrimination.

While the work of grassroots organisations is vital, I was drawn to having a high-level, policy impact. My experience has shown that you can influence people in power if you provide solid, evidence-based arguments. Driven by that realisation, I joined the United Nations in 2002, initially as a researcher and analyst, then later as a manager, working for the World Bank, OCHA, UNSCO, FAO, ILO and UNDP. I was fortunate to work with strong teams and it was rewarding to be part of positive change. I am delighted to be leading the capable and committed team we have here in UNDP Serbia.

How To Turn A Pandemic Into An Opportunity

In its latest assessment, the UNDP in Serbia recognises the good and timely response of the Serbian government to the first impact of COVID-19....
Read more

UNDP Serbia, in cooperation with UNICEF and WHO, has announced the Clean air challenge to call proposals for innovative products and technological solutions to...
Read more

Prime Minister Ana Brnabic welcomed last night at the Nikola Tesla Airport another plane with medical assistance and equipment for Serbia in the fight...
Read more

Call on volunteers for helping the elderly

The Serbian government has established a National Volunteer Application Platform on the address www.budivolonter.gov.rs. We call on all non-at-risk citizens who want to help our...
Read more