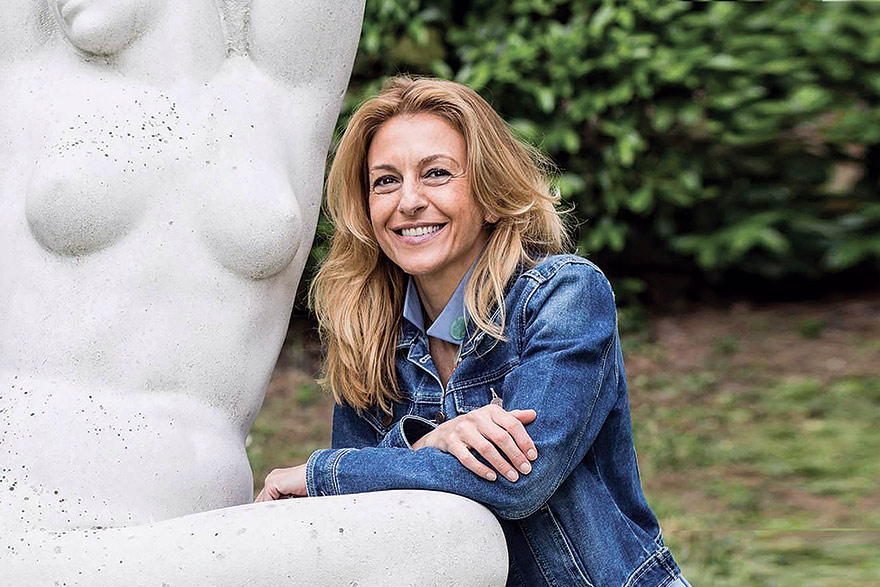 Museums have always played an extremely important role in modern society, and that role is getting immense proportions under the new circumstances. Museums exist to educate, preserve and interpret memories, encourage dialogue, but also to allow visitors to relax in a unique atmosphere that inspires harmony and pleasure. Important social issues are launched there, and the space is created for community integration.

Ive spent the last nine years managing Belgrade’s Museum of Yugoslavia, that living place of remembrance that’s both a museum and a cultural centre, but also an open institution that encourages social memory and a culture of remembrance linked to the heritage of Yugoslavia and critical reflections on Yugoslavia. With each new exhibition, we strive to actualise the history or topic we are addressing, and to make it enticing to visitors, in an attractive, imaginative, bold and, when necessary, provocative way. The best proof that we are successful is not only the huge numbers of visitors, but also the great interest in our funds and activities, particularly among young people.

The Museum of Yugoslavia recently became the main centre for all issues related to the ideas, phenomena and practises that led to both the emergence and the disintegration of Yugoslavia, which is aligned with the development of museum activities in the world where there are more and more so-called phenomena museums: film, light, broken relationships, childhood, Europe etc.

The position I hold demands great responsibility, dedication and, above all, love for culture. As a newly graduated student of archaeology at the University of Belgrade’s Faculty of Philosophy, it was a privilege for me to learn business philosophy from Aleksandar Despić, an academic who was my mentor for five years. It was while working at the Museum of Science and Technology in Belgrade that I earned my master’s degree in history and the philosophy of natural sciences and technologies, as well as the professional title of curator.

Never before in modern history have we witnessed such endangering of the basic rights of nations as proclaimed by the non-aligned countries in their five principles: territorial integrity, non-aggression, noninterference in internal affairs, equality and mutual benefit, and peaceful coexistence

I’ve spent more than two decades in the protection, management, promotion and presentation of cultural heritage through both the public and private sectors. A series of projects that I led aimed to raise public awareness of the importance of cultural heritage as a powerful resource for intercultural dialogue and sustainable development. The work in the field of culture motivates and pleases me.

My great contribution to managing the Museum of Yugoslavia is evident through the project “(Re)cognising– May 25th Museum” and the initiative to properly validate and rejuvenate the first purpose-built museum in Belgrade. It was constructed according to the design of architect Mihailo Janković, after whom the street where the museum is located has been named. It is in this very building that we are preparing the exhibition “Prometheus of the New Century”, to commemorate the 60th anniversary of the Belgrade Conference of the Non-Aligned Movement.

Just as the leaders of non-aligned countries sent a message of peace, as they stood in front of the monumental canvas of Petar Lubarda in the main hall of the Federal Assembly during the conference, so the Museum of Yugoslavia will, from mid-September this year, provide a reminder of the very beginnings of the policy of nonalignment. That movement represented a Hope of humanity. Today’s Renaissance of the Movement is no accident. It emerged during the Cold War and is being revived during a time of increasing calls for a new one. Never before in modern history have we witnessed such endangering of the basic rights of nations as proclaimed by the non-aligned countries in their five principles: territorial integrity, non-aggression, noninterference in internal affairs, equality and mutual benefit, and peaceful coexistence.

We live in a world that has never before in history been so captivated by its everyday reality. The future can just be glimpsed before it. That’s why museums are there to launch new ideas and perspectives for the future.

Democracy Thrives On A Divergence Of Opinion

The speed of EU accession is determined by the candidate-country and, in particular, by the quality and pace of the implementation of initiated reforms....
Read more

Strategy For The Development Of Information Society And Security Adopted

The Government of Serbia has adopted its Strategy for the Development of the Information Society and Information Security, based on the proposal of the...
Read more