Support For Women In Both Public And Private Sectors

The Ministry of Culture of the Government of Serbia announced that the element of the intangible cultural heritage of...
Read more
30 June 2017
Facebook
Twitter
Email

Obligatory gender quotas for the number of women in managerial positions both in the public administration and in business have proven the most effective way of achieving a gender balance in developed countries, in economic, political and social spheres.

There is also a need to work on strengthening women’s entrepreneurship. Through gender-sensitive budgeting, local governments should provide support such as working premises, equipment and raw materials, professional support for packaging, branding and the marketing and sale of goods. A special focus should be placed on women in rural areas who are mostly unemployed but can be engaged through a public works program.

These are just a few of the key messages from the round table “The Role of Women in Business and Society” organized in Sombor by the Embassy of Israel and NALED as part of marking the 69th anniversary of Israel’s independence and 25 years of diplomatic relations with Serbia.

Dušanka Golubović, Mayor of Sombor and a member of NALED’s Managing Board, who hosted the event,  pointed out that there is no high-quality society without a high-quality role for a woman, but that a woman’s role must be adjusted to modern conditions. She also expressed the need for a woman to be independent and to have clear goals that can be achieved with the right support.

Rina Bar-Tal, emeritus president of the Israeli Women’s Network and H.E. Alona Fisher-Kamm, Israeli Ambassador to Serbia, shared Israel’s experience in empowering women with participants of the round table.

“Israel supports the vision of a society in which women have equal opportunities”, said Fisher-Kamm. “They should be able to choose a professional path that will enable them to take leading positions, paving the way to a better society. It seems that the greatest challenge is the availability of high-ranking social and corporate positions, and especially an insufficient representation of women in public life. While women make up 57.5% of staff in the academic sector, they occupy only 32.2% of managerial positions.”

She said that almost 60% of civil and public sector staff are women, but in posts lower down the hierarchy. Out of the almost 90% of all positions in the Israel Defence Forces that are open to women candidates, they account for 70%.

An adviser to the Deputy Prime Minister of Serbia for Gender Equality Branka Drašković said that gender quotas are necessary and especially noted the difficult situation of women in the countryside – more than half are formally unemployed, 60% are not entitled to pensions, three out of four have no income, and only 12% are landowners.

CEO of Gorenje Beograd and NALED Managing board member Stanka Pejanović called for a solution to the complicated bureaucratic procedures for maternity leave as soon as possible, and to ensure flexible working hours after return to work because every career interruption is complicated.

It was concluded at the event that employed women also need support,  particularly in aligning the services they use, such as a sufficient number of working hours and the opening hours of educational and health institutions.

The “1000 women” programme was highlighted as an exceptionally good example of support to unemployed women. The program was launched in mid-June by the Coordination Body for Gender Equality in cooperation with NALED. The aim of the programme is to have 1,000 women in rural areas engaged for a period of at least three months during the coming year in creating traditional handicrafts. Institutions and companies will use these as diplomatic and business gifts, providing an additional source of income for their households. 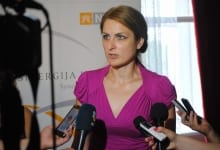 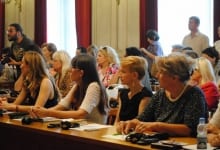 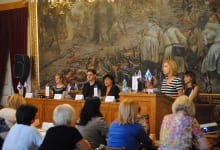 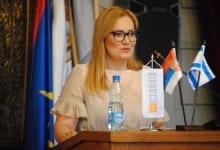 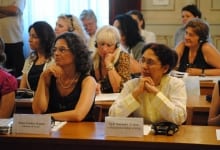 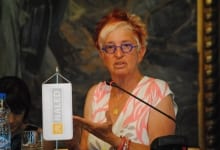 The Embassy of Israel in Belgrade organized a celebration to mark the 74th anniversary of the founding of the state of Israel.  Israeli Ambassador...
Read more