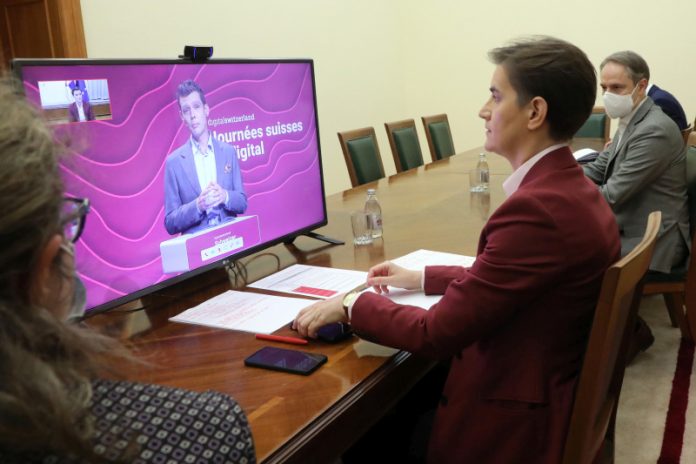 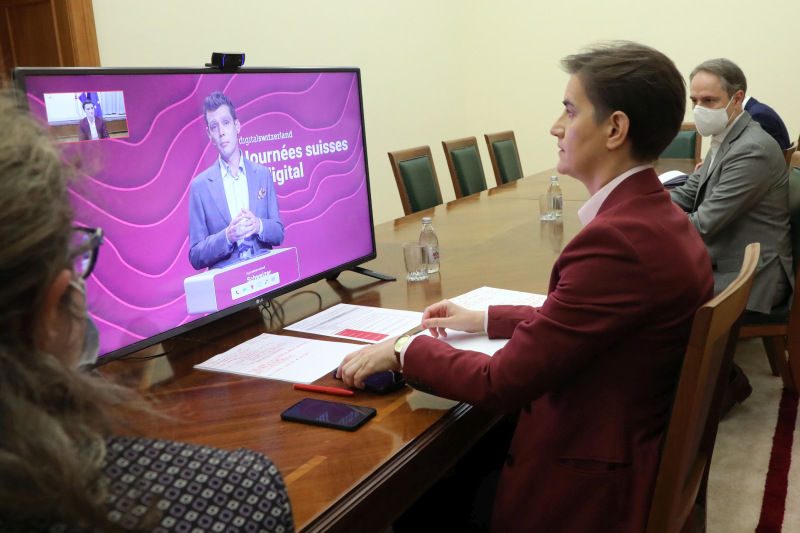 Prime Minister Ana Brnabic participated today as a special guest at the conference “Swiss Digital Days”, which is held for the fourth time, with the participation of a large number of partners from the field of the economy, science and public sector.

As part of the conference “Swiss Digital Days”, organisations from Switzerland, Sweden, Serbia, Ukraine, Poland, Liechtenstein and the City of Vienna signed a Letter of Intent on cooperation in the field of public dialogue on digitalisation, and among the signatories is the Digital Serbia Initiative.

The Prime Minister said that the goal of the government is for Serbia to become one of the leading digital hubs in Europe.

Our potential, especially in the field of human resources, is already globally recognised. Thus, according to the assessment of “Startup Genome”, the Belgrade and Novi Sad startup ecosystem is ranked among the five best in the world when it comes to quality and affordable engineering staff.

Speaking about the most important results in the previous period, the Prime Minister said that great progress has been made in the field of e-government and education.

Talking about the challenges of digitalisation in Europe, Brnabic said that the biggest challenge is the fragmented European market in that area compared to the United States and China.

Intensified cooperation between European countries, better cooperation in the exchange of knowledge and experience, are necessary for strengthening the single European market and its competitiveness on a global level, the Prime Minister said, adding that we all need to work together on the digital future of Europe.

Speaking about the challenges of digitalisation during the coronavirus pandemic, Brnabic said that everything that has been done since June 2017 had the greatest effect precisely during the pandemic: thanks to investments in education, introduction of digital textbooks and digital classrooms, Serbia is among the few countries in Europe where students have not lost a single class this year.