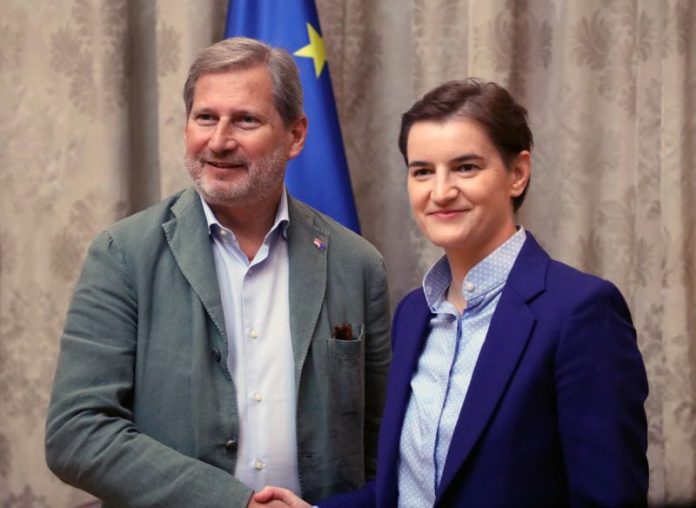 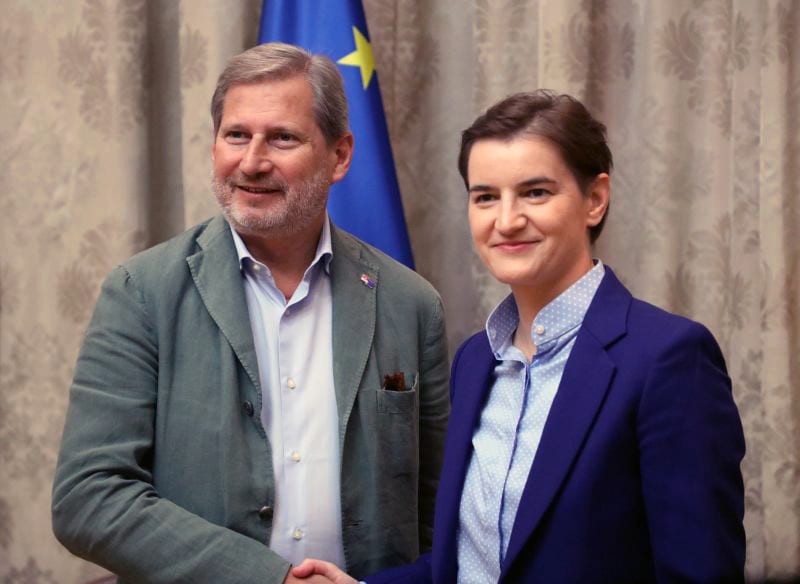 After meeting today’s meeting with the European Neighbourhood Policy Commissioner and Enlargement Negotiations Johannes Hahn, Prime Minister Ana Brnabic stressed that Serbia is working on the implementation of recommendations from the European Commission’s progress report on the path of Eurointegration on a daily basis.

Brnabic said that Serbia understands what is the current state of affairs in the European Union, as well as the challenges that the Union faces, but remains honestly committed to the European road and regional cooperation.

The Prime Minister reiterated that Serbia is recognised today as an example of a country that has changed legislation and strengthened institutional capacities.

She said that one of the topics of discussion with Hahn was the drafting of the Media Strategy Draft, and announced that in the coming period they would invite media and journalists associations to another working group meeting in order to discuss the three issues that led to the misunderstanding.

The Prime Minister reiterated that Serbia remains deeply committed to regional cooperation because without a strong and stable region there is no stable, powerful and economically advanced Serbia.

Brnabic reiterated that Belgrade will respond to an invitation to continue dialogue with Pristina, as well as to send a positive message regarding further cooperation for the reconciliation of the Serb and Albanian people.

She expressed hope that Pristina would reconsider its views and turn to regional cooperation, not isolation.

The Prime Minister announced that she informed Hahn that Serbia’s policy will continue to be focused on regional cooperation, rather than breaking off the dialogue, with the view that it is the only possible way for a stable future for the region.

Commissioner Hahn pointed out that the dialogue between Belgrade and Pristina is a key element for the further progress of the entire region, pointing to the necessity of finding a lasting solution.

Speaking about Serbia’s EU path, Han recalled that 17 chapters were opened, that the two were temporarily closed, with a reminder that the new composition of the EC should not to lose the region from focus.

He pointed out that the recommendations of the EC Progress Report should be a priority for the Serbian government in order for the country to continue its path, adding that democracy and the rule of law, among others, are key areas.

The European Commissioner stressed that he welcomed all initiatives related to the media strategy, adding that it is necessary to continue work on this document.

Hahn expressed his gratitude to the officials of Serbia for the excellent cooperation he had with them in recent years.