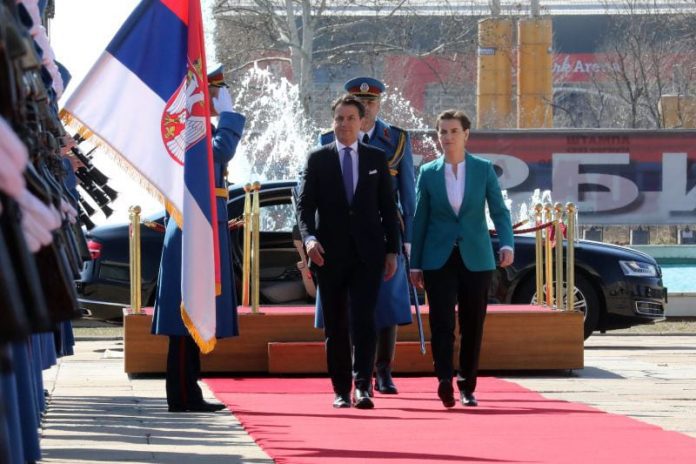 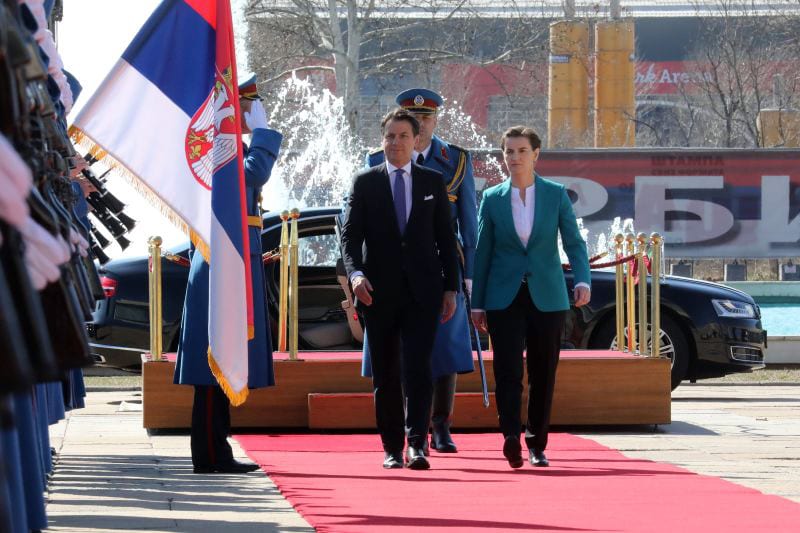 Prime Minister Ana Brnabić welcomed today Prime Minister of Italy Giuseppe Conte, who is on a one-day official visit to Belgrade, in front of the Palace of Serbia.

The Prime Minister of Italy was greeted with the highest honours, with the intonation of the anthem and the honour guard. 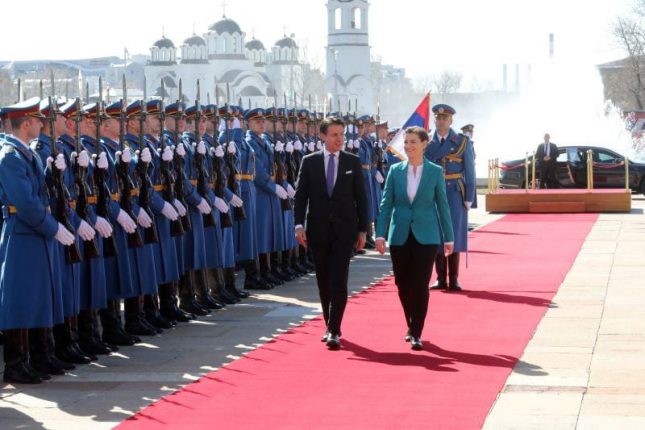 The reception was attended by Deputy Prime Minister and Minister of Foreign Affairs Ivica Dačić.

Serbian Prime Minister Ana Brnabić expressed her hope on the further improvement of the economic cooperation of the two countries, which represents the most developed part of the overall relations between Serbia and Italy.

Brnabić welcomed the Italian Prime Minister and thanked him for the unequivocal support that the country has provided from the very beginning to Serbia in the process of Euro-integration, but also on the efforts of Rome aimed at preserving a stable, secure and prosperous Balkans.

It is a proof a high degree of understanding Italy has for our positions, she said, adding that Serbia especially appreciates the support of Italy at times when the Union itself faces internal political challenges.

Speaking about the economic relations between the two countries, Brnabić reminded that Italy has been the top export market for Serbia, as well as second foreign trade and import partner.

The interlocutors expressed satisfaction that the total trade between Serbia and Italy over the past year for the first time exceeded the figure of four billion euros.

About 600 Italian companies are operating in Serbia, employing more than 26,000 workers, which makes it the second-largest foreign employer in our country.

Prime Minister Ana Brnabić expressed gratitude to Italian soldiers who guard the security of Serbs in Kosovo and Metohija within the framework of the KFOR mission, and added that this is very important, bearing in mind the data from a recent United Nations Development Program (UNDP) survey showing that 95 per cent Serbs in the province do not feel safe and live in fear.

Prime Minister Giuseppe Conte said that today’s visit to Serbia aims to confirm the friendly relations of the two countries, and reminded that Serbia and Italy mark this year the 140th anniversary of the establishment of diplomatic relations.

This is Prime Minister Giuseppe Conte’s first visit to the Western Balkans since entering into office, and the visit to Serbia is his first bilateral visit to a European country since the beginning of the year.