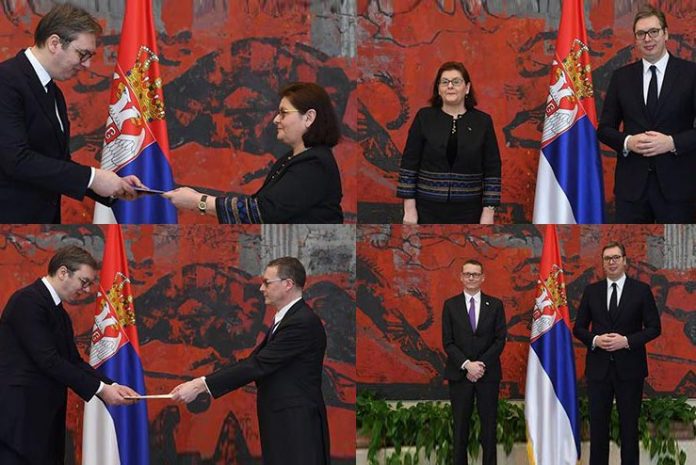 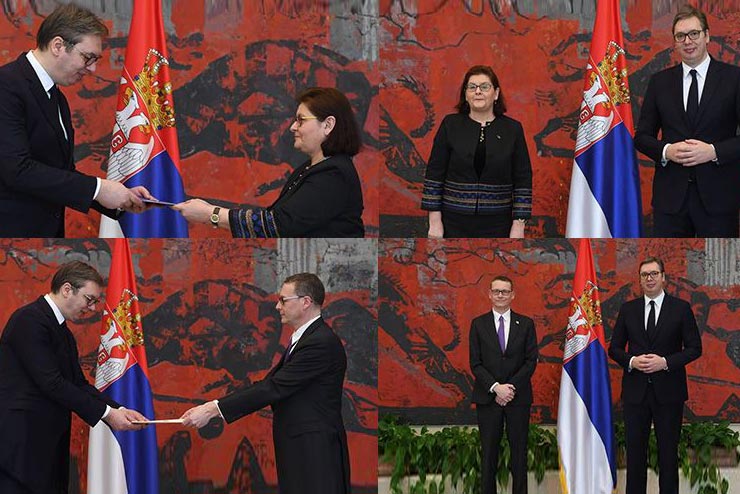 Canada’s new Ambassador in Belgrade Giles Norman and Serbian President Aleksandar Vucic expressed hope that direct flights between Belgrade and Toronto would be launched soon, a press release from the president’s cabinet said following a presentation of credentials ceremony on Wednesday.

The press release quoted them as saying that the direct flights would help improve economic relations and build better ties between Serbians and Canadians. Vucic and Norman said that the Serb community in Canada is an important bridge between the two countries.

Vucic expressed satisfaction with the increase in Canadian investments in Serbia, adding that he hope the Canadian business people will be interested in industries other than mining and energy. He said that Serbia could benefit from Canada’s experience in protecting the environment.

Romania’s new Ambassador in Belgrade Silvia Davidoiu told Serbian President Aleksandar Vucic that she has a specific agenda in terms of joint infrastructure and energy projects, a press release from the president’s cabinet said on Wednesday following a presentation of her credentials.

It said that they agreed that the construction of a highway between the Serbian capital and the Romanian city of Timisoara is of top importance. The ambassador is quoted as saying that the highway is a priority project along with the construction of railway and gas inter-connector between the two countries. Davidoiu also proposed the forming of a joint chamber of commerce to bring the two countries’ business communities together.

She said that Romania advocates the expansion of the European Union to the Western Balkans and Vucic expressed appreciation for her country’s support for Serbia on the path to the EU.

H.E. Oana Cristina Popa, who is currently Romania's ambassador to Serbia, was appointed head of the EU Delegation to Montenegro. Ambassador Popa was appointed to...
Read more