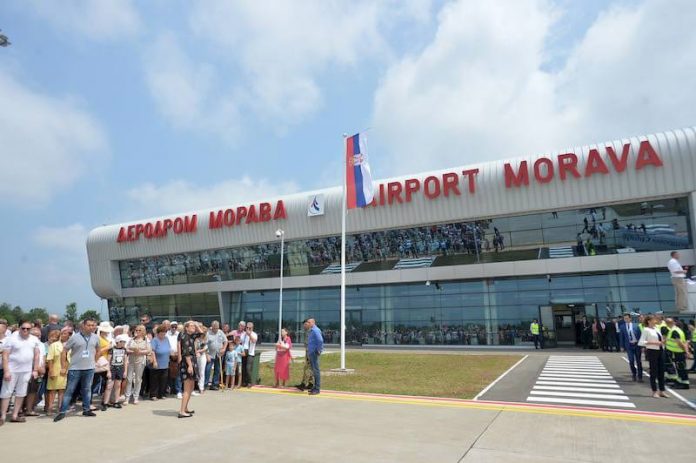 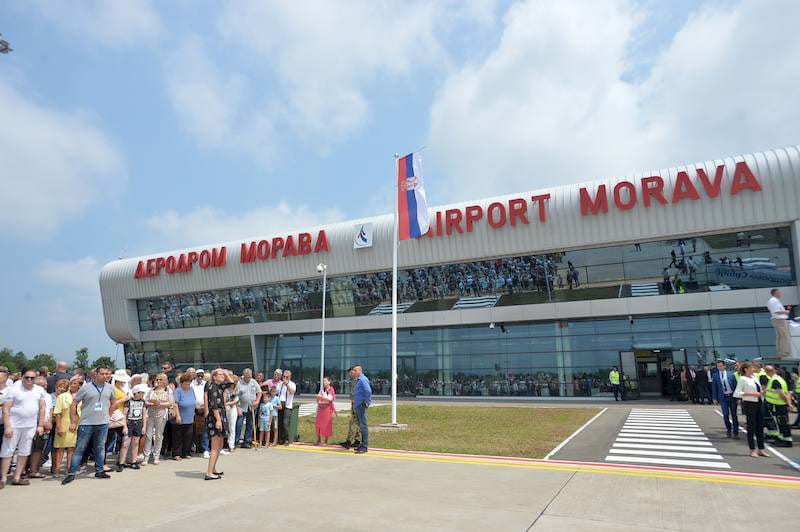 At the opening ceremony of Morava airport, which is the third international airport in our country, President Aleksandar Vučić pointed out that the Serbs as a people are no longer victims today, but they can create their own future.

We can choose work, new jobs, roads as our future while preserving our name and identity, Vučić said.

He stressed that we have to keep up with the world, but not giving anyone the right to annul our pride, dignity and the ability of our children to learn Serbian, to have the right to freedom of religion and to know what happened, both in Jasenovac and Jadovno, both on the Salonica front and during the 1990s conflicts. 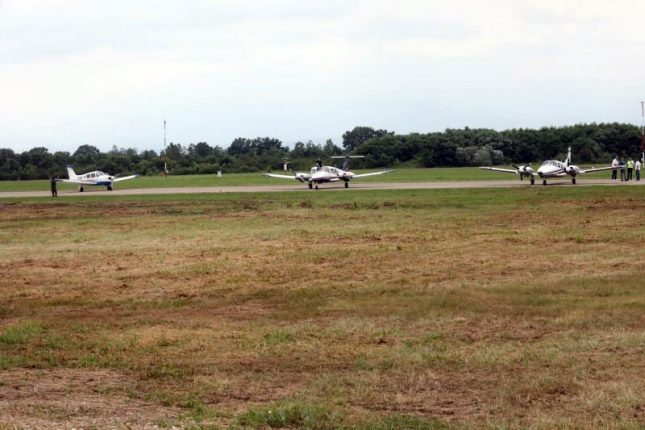 The President said that our country does not need big words, but a cool head to solve problems and create peace.

The ceremony began with the anthem of Serbia performed by a mixed choir of the Ministry of Defence and the Serbian Armed Forces. During the ceremony, the J-22 Orao and MiG 29 aircraft flew over Kraljevo.

Prior to the official opening, the officials visited the port terminal of the passenger terminal, where the hosts showed how the airport used to look like. 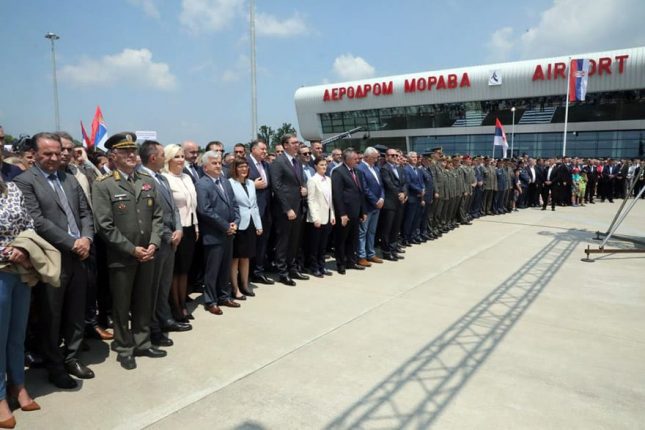 “Morava Airport began operating as a civil-military airport, and I am very proud of that because of the position of this airport since it can be significant for cargo traffic in this part of Europe. Moravian Corridor, which is starting to be built right next to the airport, will continue to be built this year, and when this is added to the railways, it will present an advantage for Serbia’s logistics,” said Minister Zorana Mihajlović.

She added that it is because of the prospects for the development of cargo traffic that it is planned to expand the runway, and that it is very important that besides Belgrade and Niš, this part of Serbia has its own airport.

“The airport will work according to how aeroplanes are flying – there are no regular flights at this moment, but there are talks with companies that want to fly from “Morava”, both passenger and cargo traffic,” added Minister Zorana Mihajlović.

Prime Minister Ana Brnabic today welcomed the decision of Pristina to abolish the measures that hindered the entry of Serbian goods into Kosovo-Metohija. During her...
Read more
Cord MagazineLeaders Meeting Point